A sprawling Contemporary mansion owned by Qualcomm co-founder Andrew Viterbi has come to market in Rancho Santa Fe for $60 million.

About 30 miles north of downtown San Diego, the gated estate designed by architect Guy Dreier has a futuristic vibe with geometric patterns, vaulted spaces and glass finishes bolstered by an array of smart home features and renewable energy technology. 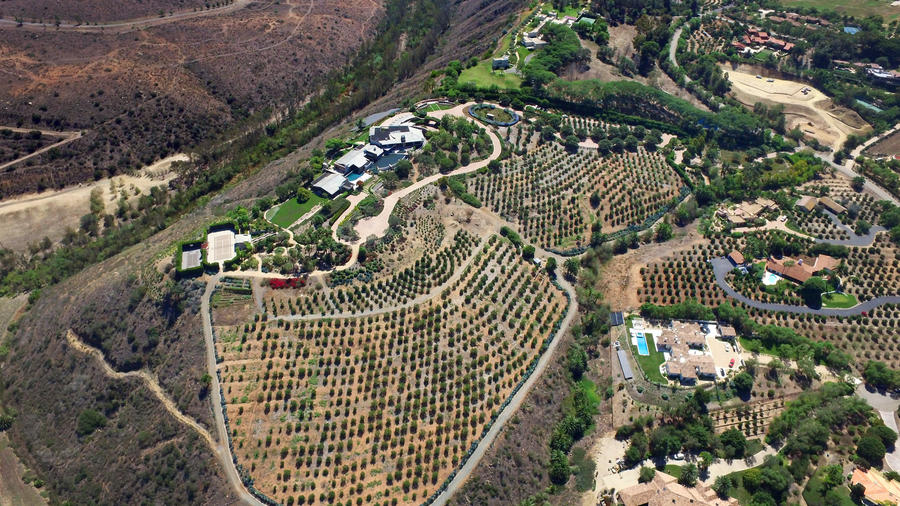 Including a guest house, staff quarters, a tennis court with separate bathrooms and a basketball court, there is about 26,000 square feet of living space, six bedrooms and seven bathrooms. 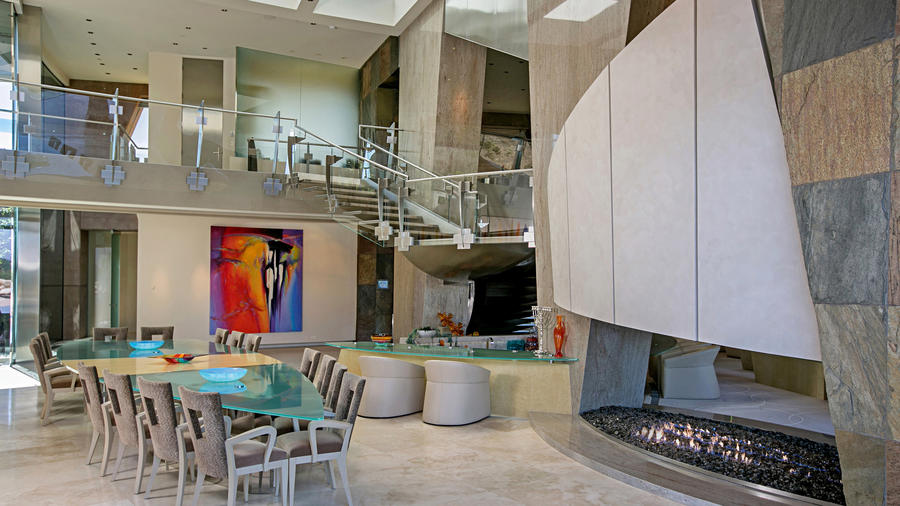 Open-plan common rooms lined in walls of floor-to-ceiling glass include a great room with a massive two-way fireplace, formal living and dining rooms, a chef’s kitchen, an office and a media room. A floating glass staircase and separate elevator run between both floors. 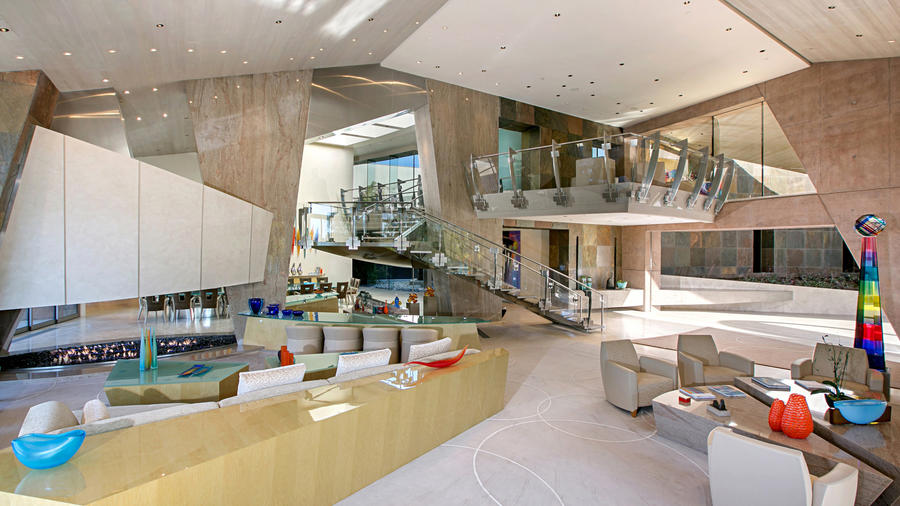 Viterbi, 80, co-founded the San Diego-based semiconductor and wireless communications company in 1985. He is credited for inventing the Viterbi algorithm, specialized circuits used in satellite and mobile technology.

He bought the estate in 2000, records show. Late businessman Gene Klein, who owned the San Diego Chargers from 1966 to 1984, is among former owners of the property. 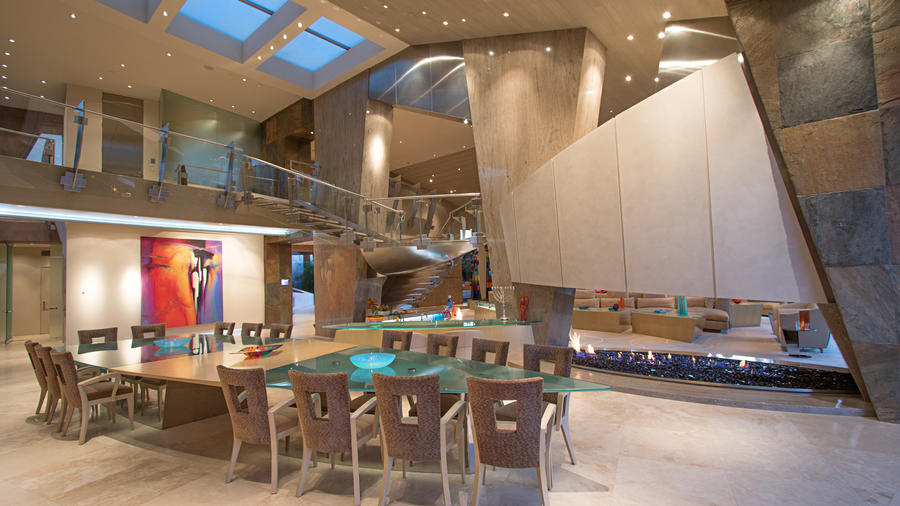 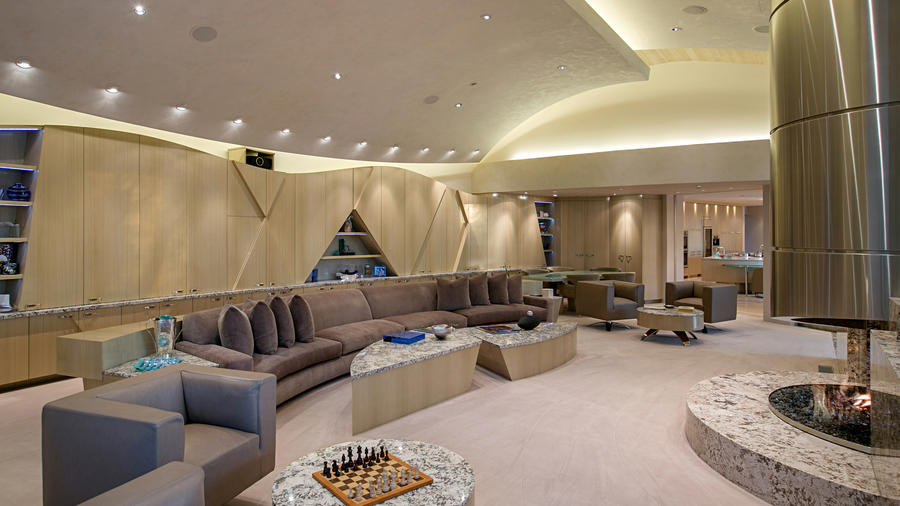 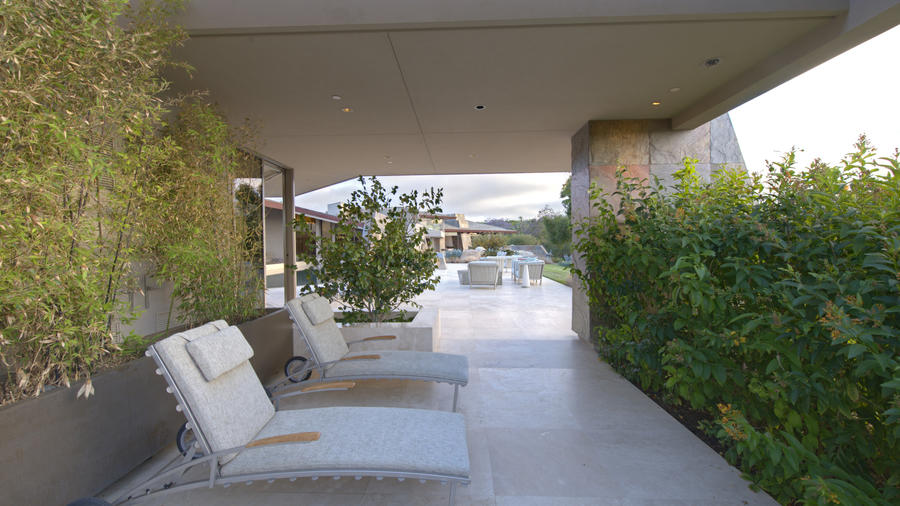 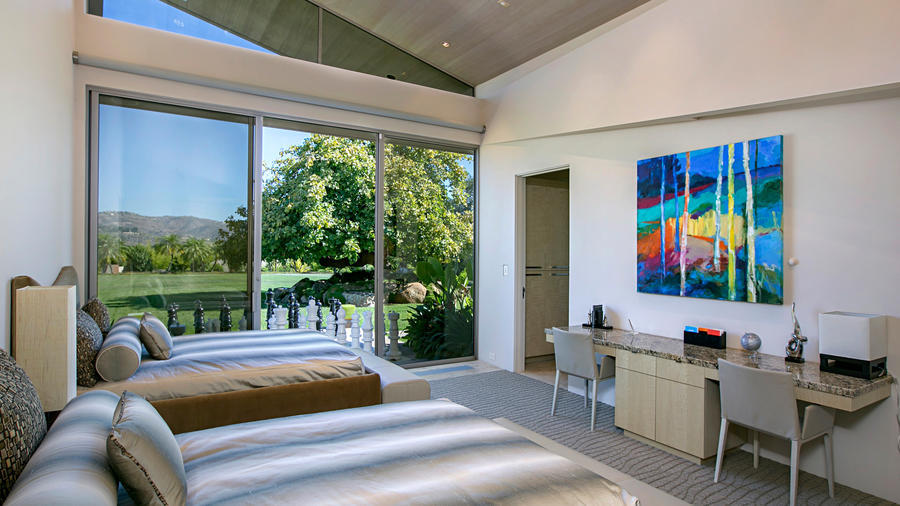 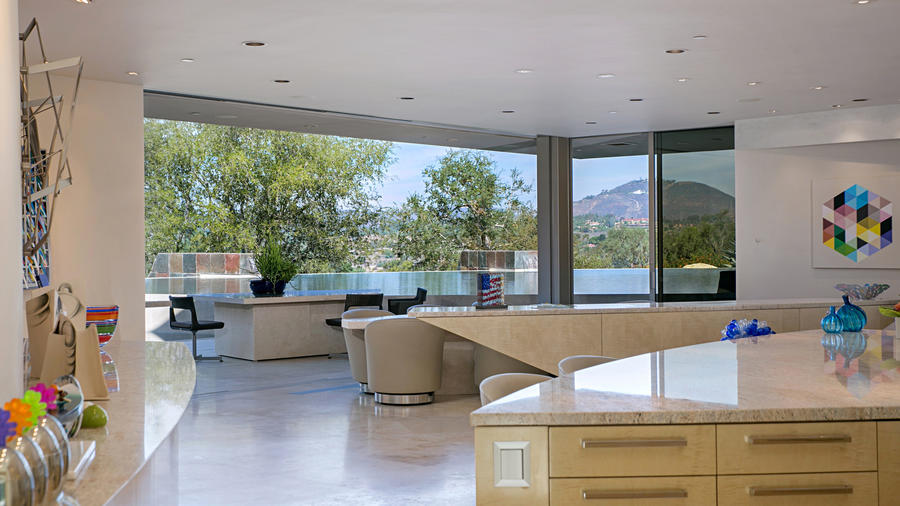 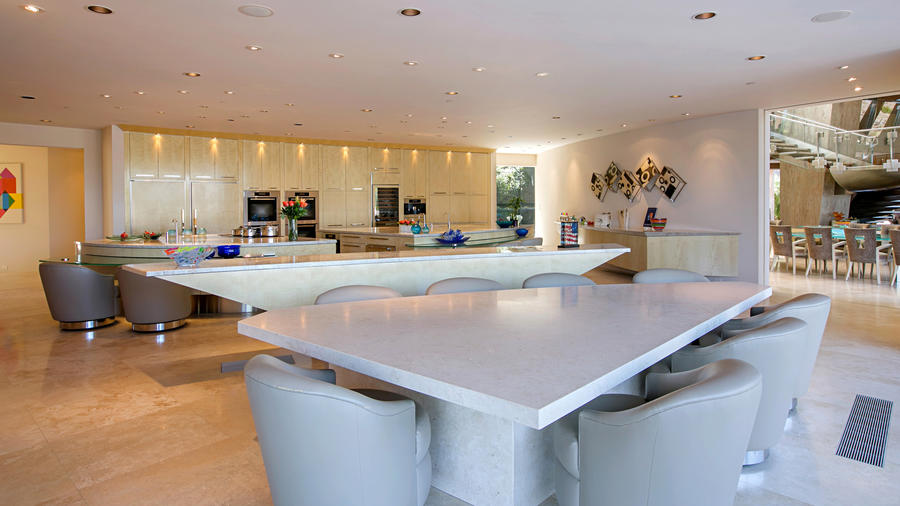 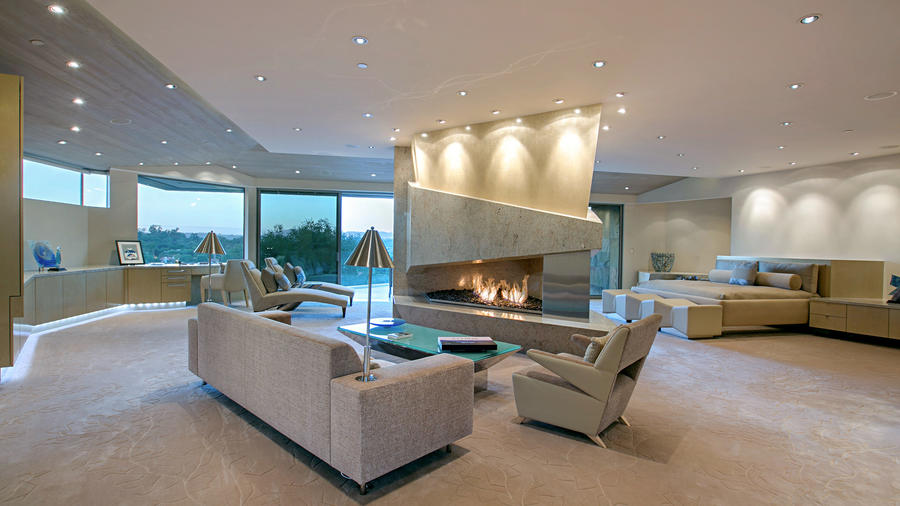 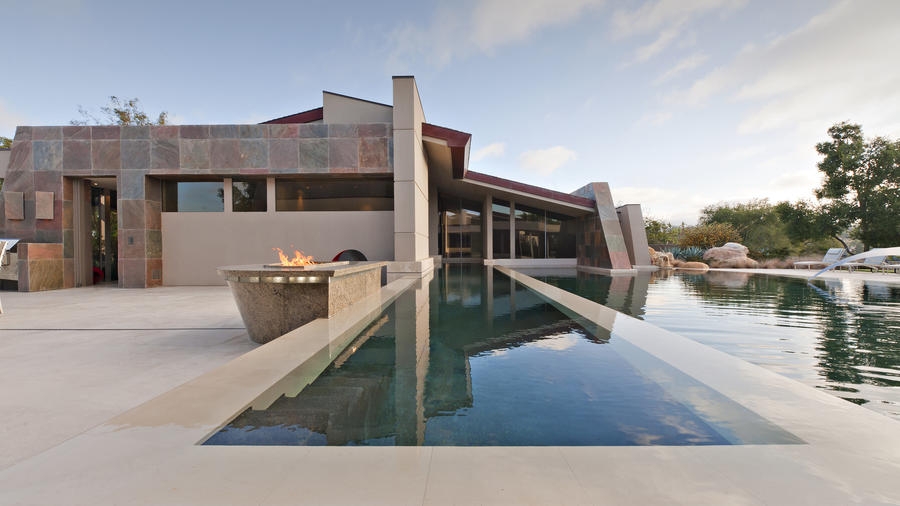 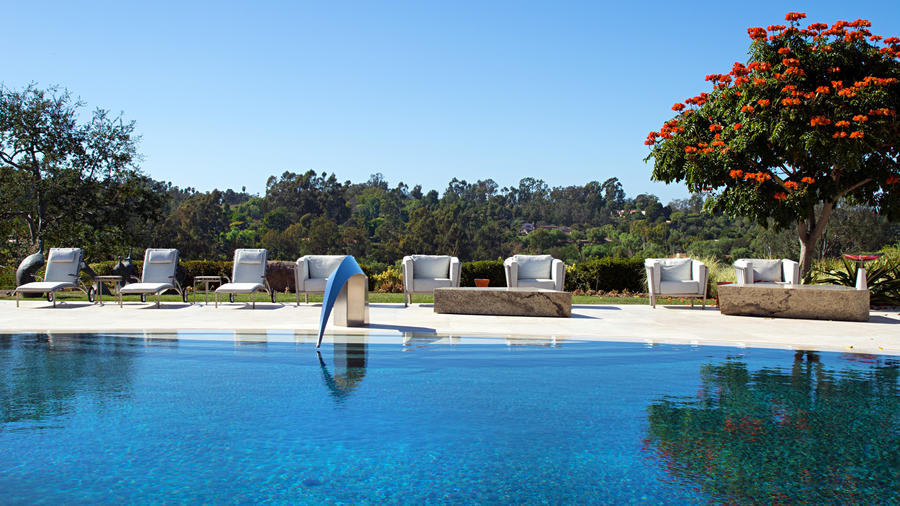 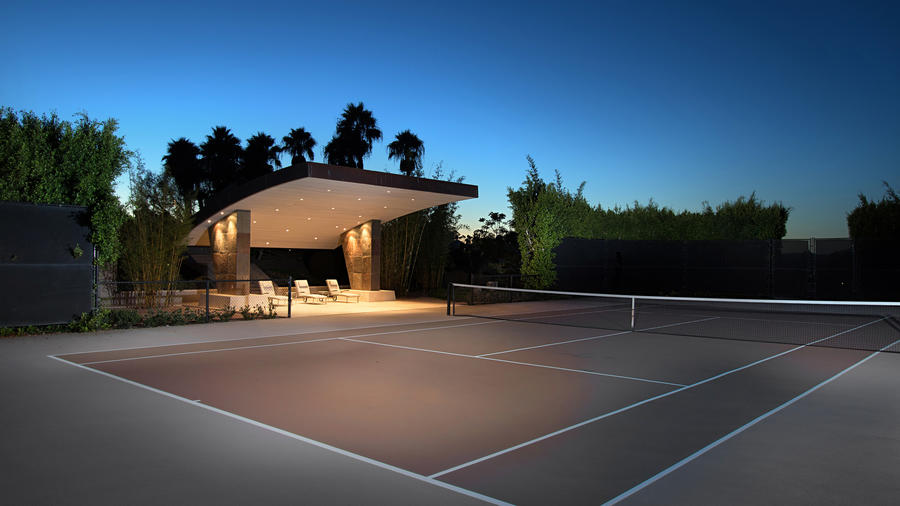 Catherine and Jason Barry of Barry Estates are the listing agents.
via LATimes