Anthony Bourdain is building his Xanadu at Pier 57 in the Meatpacking district, a restaurant complex as massive and loud as his personality.

“The way people eat has changed,” the “No Reservations” star told the New York Times. “They want to be at counters and communal tables. They want heat and funk and chicken wings that set their hair on fire. They’re as quick to brag about the greatest $3 bowl of laksa as a dinner at Ducasse. That’s what I want to create for New York, some place where I would want to eat. Right now, there is nothing like that.” 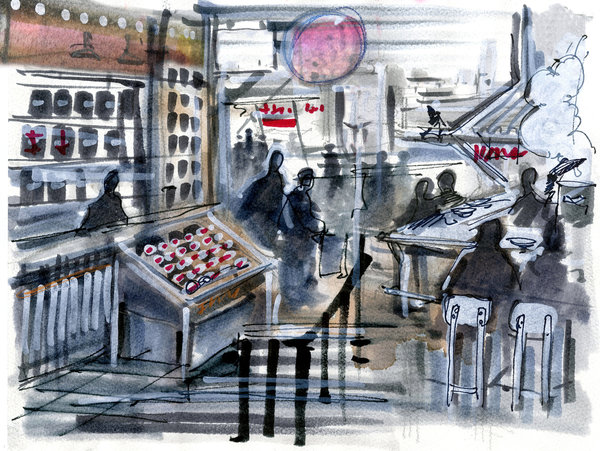 An artist’s rendering of a portion of the market | Image: Stephen Alesch at Roman and Williams

When it’s completed in 2016, the Bourdain Market will be the largest of the city’s rising crop of themed restaurant markets, such as Eataly New York at 200 5th Avenue and Le District at 225 Brookfield place.

Bourdain’s creation will occupy the entire retail portion of Youngwoo & Associates and RXR Realty’s Pier 57. Google has also taken 250,000 square feet at the building.
via TheRealDeal from [NYT] – Ariel Stulberg