With Oscar Sunday upon us, Forbes compiled a virtual tour of six spectacular estates owned by this year’s crop of Hollywood hopefuls, from Leo’s sprawling mansion in Ventura to Sylvester Stallone’s creative compound in La Quinta. Check it:

Long before The Revenant actor purchased this resplendent residence in 2014, it belonged to famed actress Dinah Shore (whom architect Donald Wexler designed the home for 50 years before).

Located at 432 Hermosa, the secluded spread—which consists of a main house, guest home, and casita—showcases six bedrooms and seven-and-a-half baths, plus an oversized living room with a grand piano, fireplace, and cocktail bar. 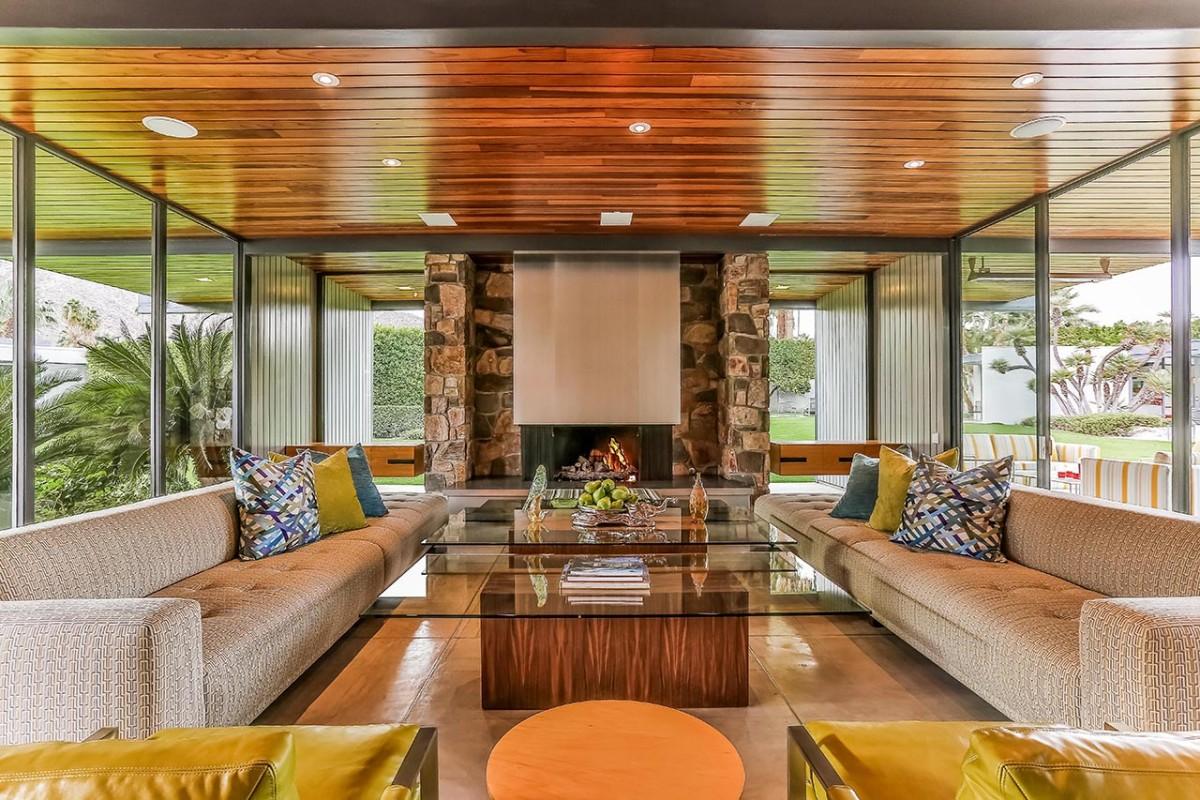 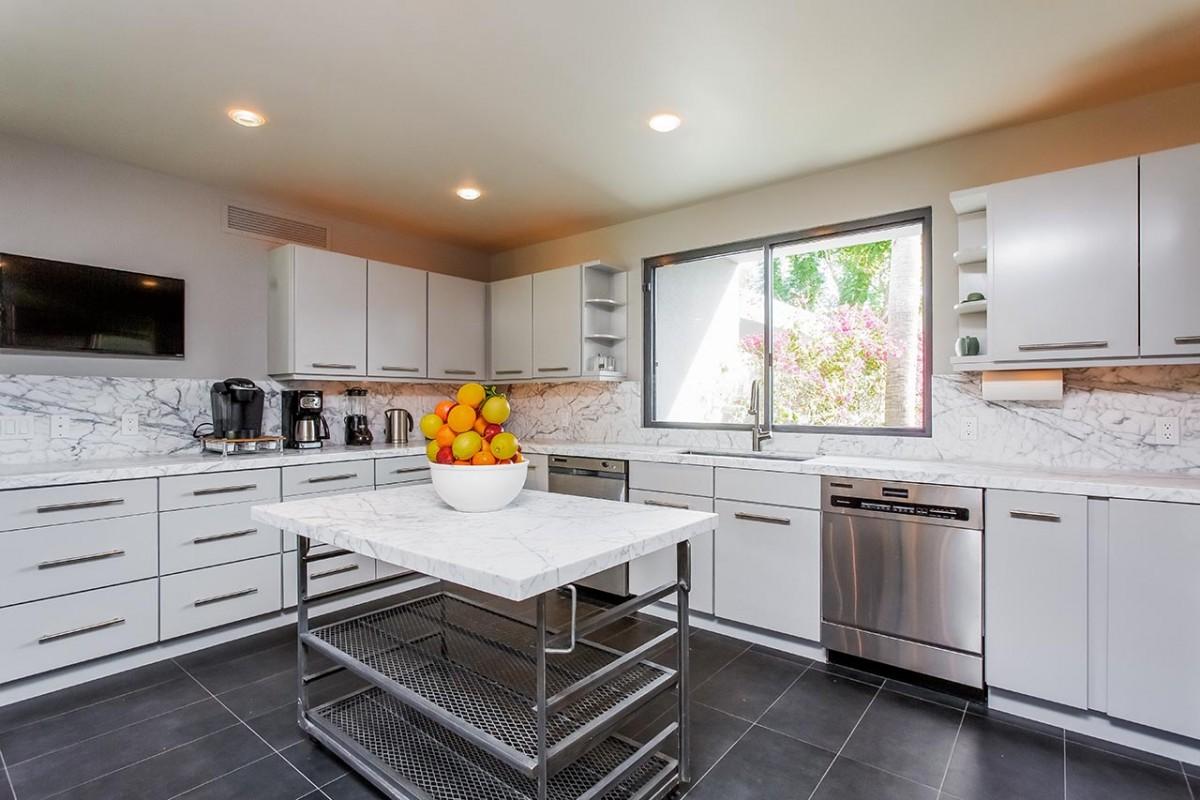 Other noteworthy spaces include a chef’s kitchen, a heated pool and spa, sauna, and a lit tennis court overlooking the mountains.

Now available for rent (rates start at $4,500 per night with a two-night minimum), the mid-century home is one of many in The Wolf of Wall Street’s real estate portfolio, which also includes a $10 million apartment in New York City’s health-centric Delos development at 66 East 11th Street (currently being leased for $25,000 a month by business mogul Jonathan Orszag). Nominated for her role in Carol, the 46-year-old actress and her husband Andrew Upton just scooped up this $6.25 million Victorian in the East Essex countryside, formally known as the Highwell House. Located less than an hour’s drive from London, the newly restored brick mansion sits on 13 acres in the town of Crowborough. 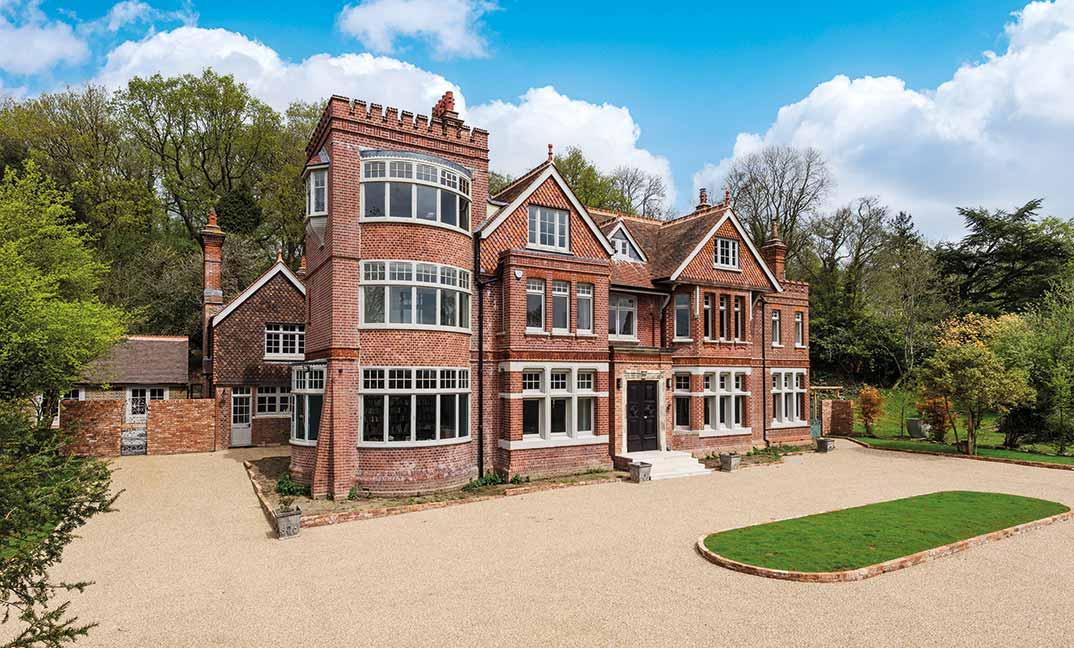 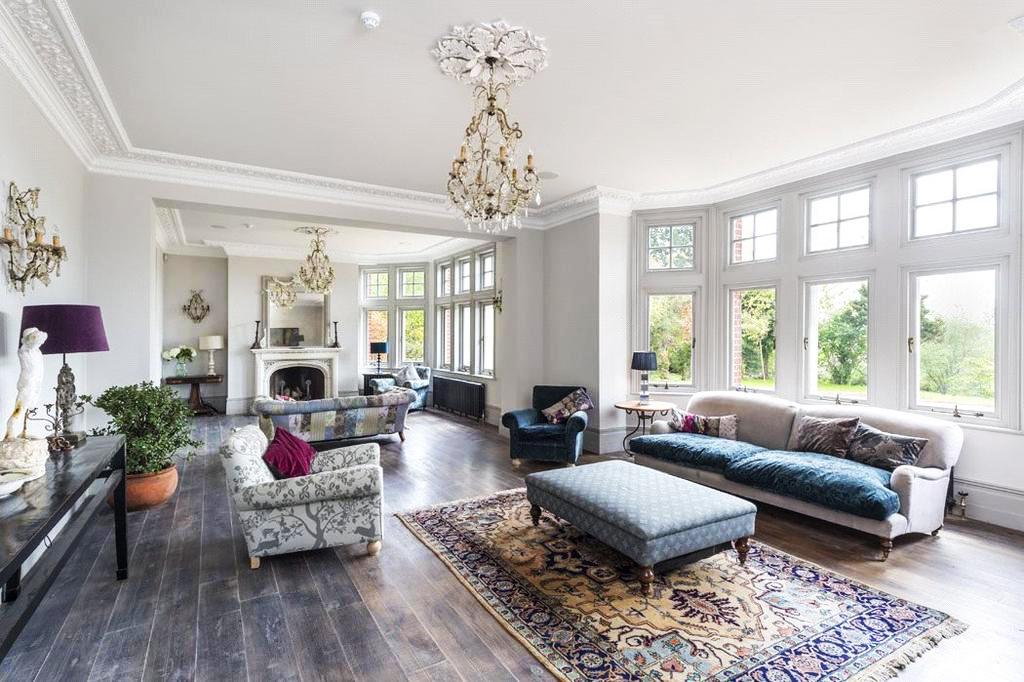 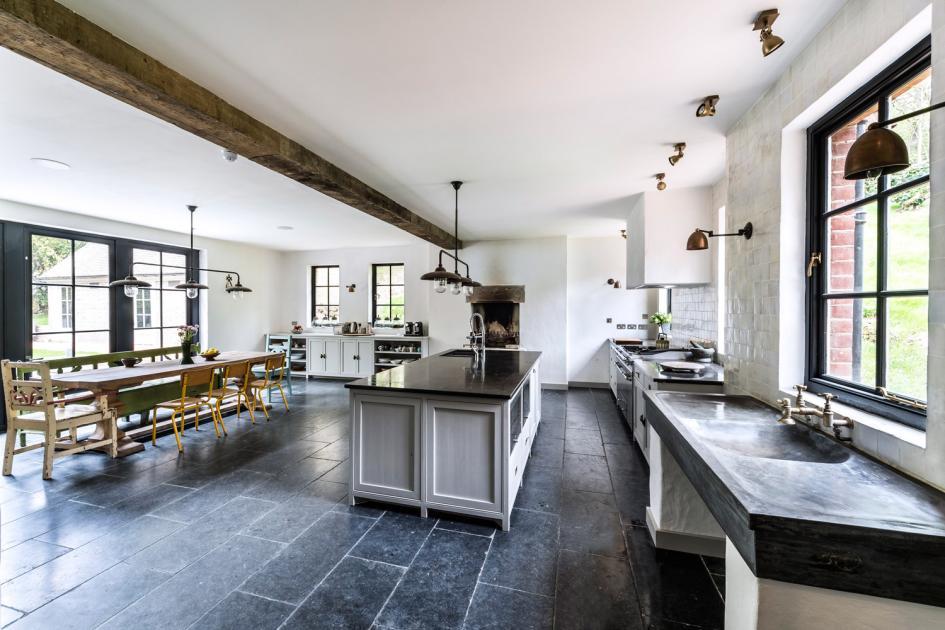 Highlights of the historic property include a 19th-century French chandelier in its reception hall, a grand oak staircase, large bay windows, stone-carved hearths, and a Belgian bluestone kitchen sink. A three-car garage, stables, a pond, and an old oast house also rest on the landscaped grounds.

(The couple—who recently unloaded their Sydney mansion for $14 million—also own a weekender in the city’s Berowra Waters and a $1.07 million apartment in Elizabeth Bay.)

The Martian star picked up this 8,890-square-foot Zen retreat along San Remo Drive for $15 million in 2012. 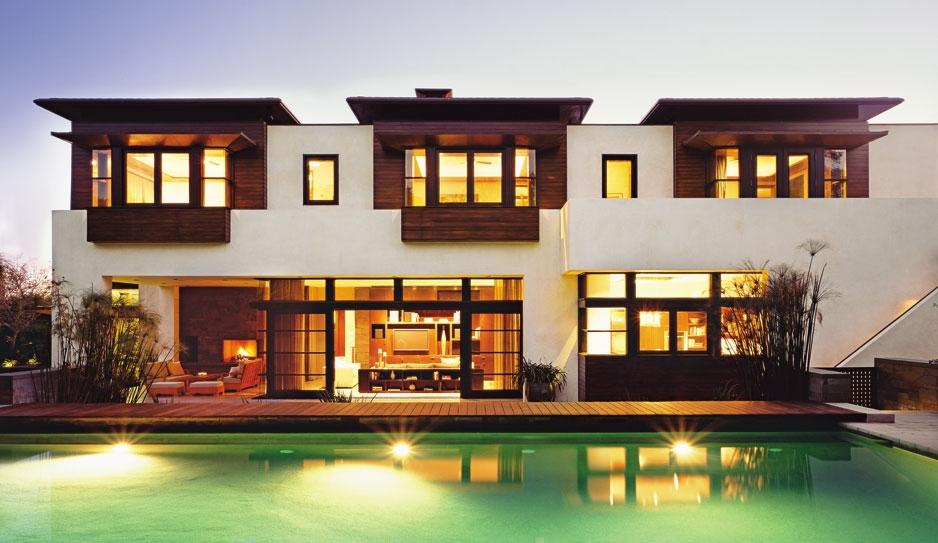 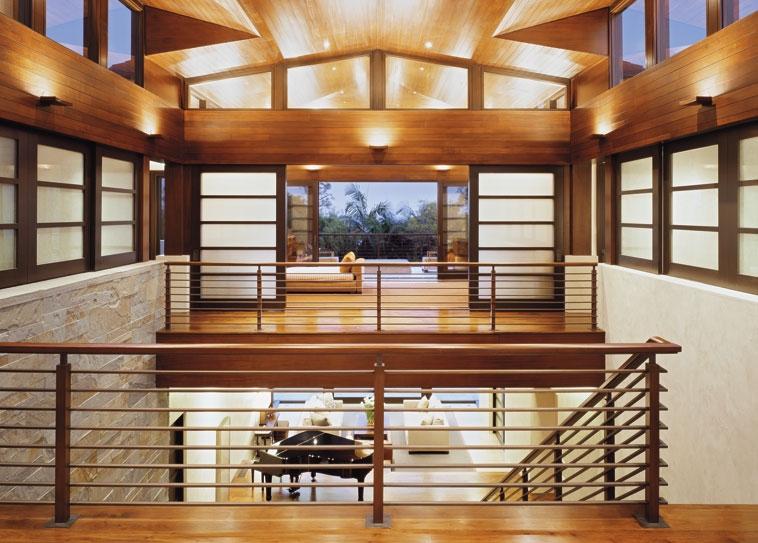 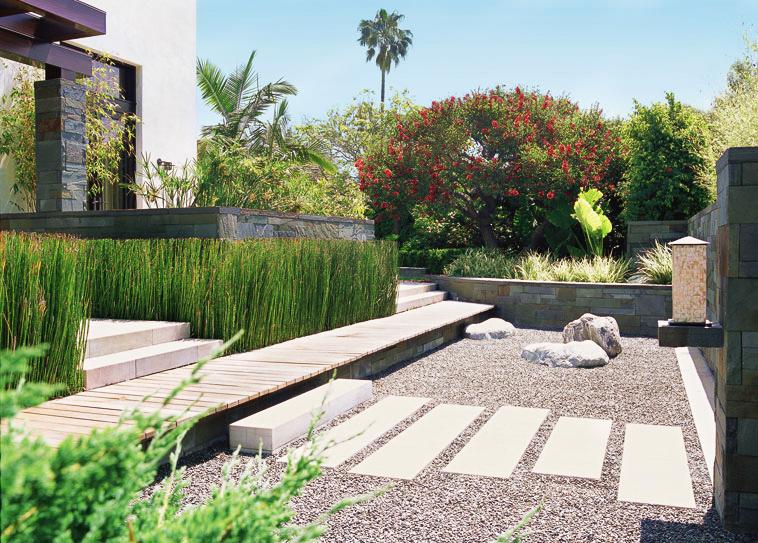 The highest-paid actress of 2015, the Joy star—who is looking for her second Oscar win—purchased this 5,550-square-foot home in 2014 for more than $7 million. 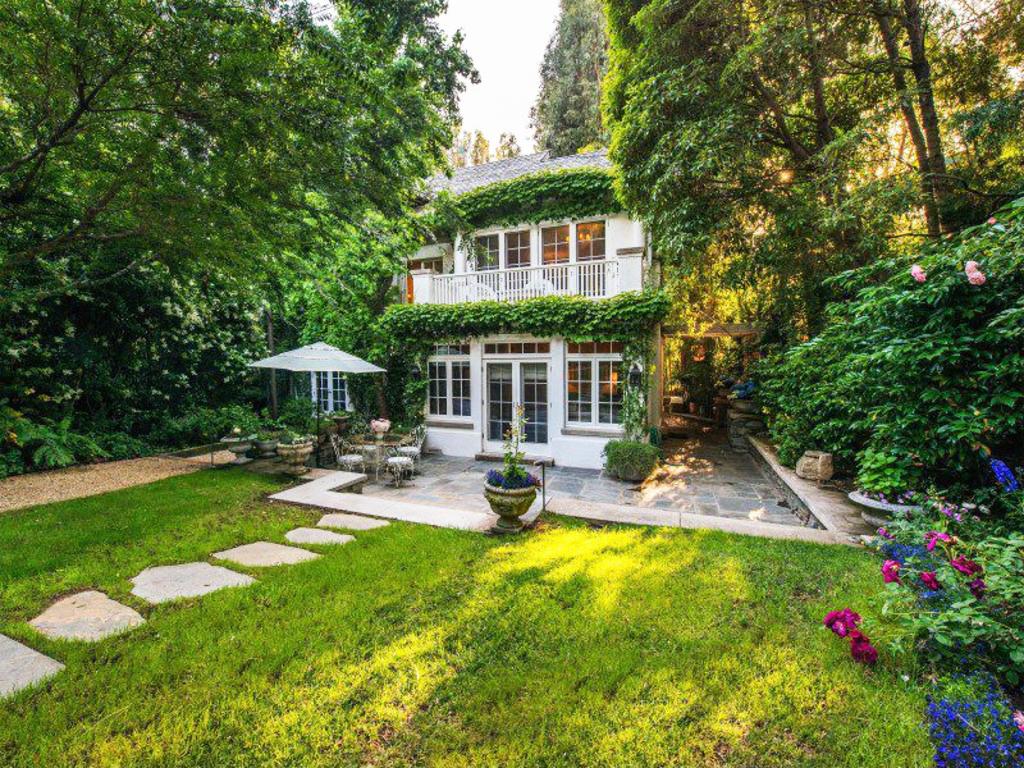 At 5,550 square feet, the house has five bedrooms and five-and-a-half baths, plus a gourmet kitchen that connects to a dining area and an outdoor patio and formal living and dining rooms. The charming home abounds with elegant detailing including dark wooden floors, crystal chandeliers, and beamed ceilings. 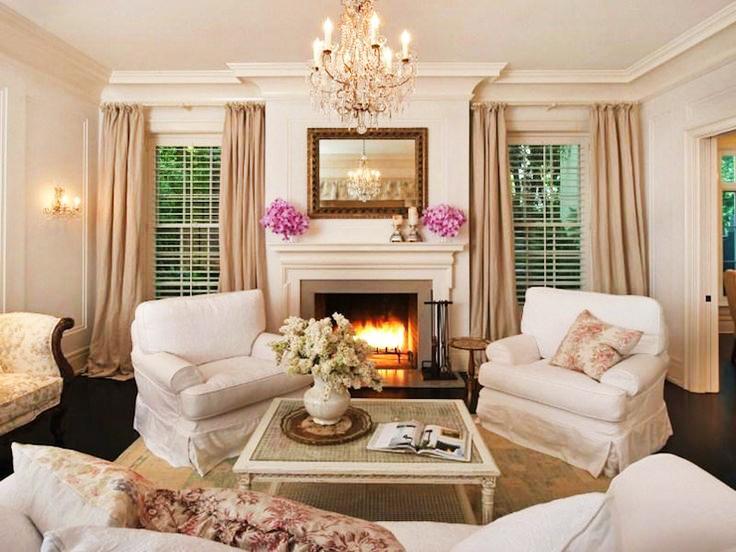 The master bedroom boasts an outdoor terrace, while the laidback family den features a cool mini bar. A koi pond, lap pool, and stone courtyard outside complete the entertainer’s dream, whose past owners include Ellen DeGeneres and Jessica Simpson. 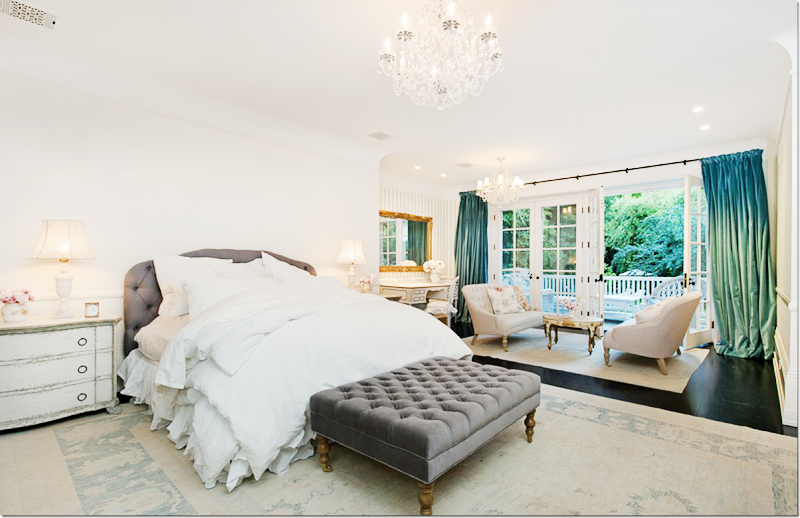 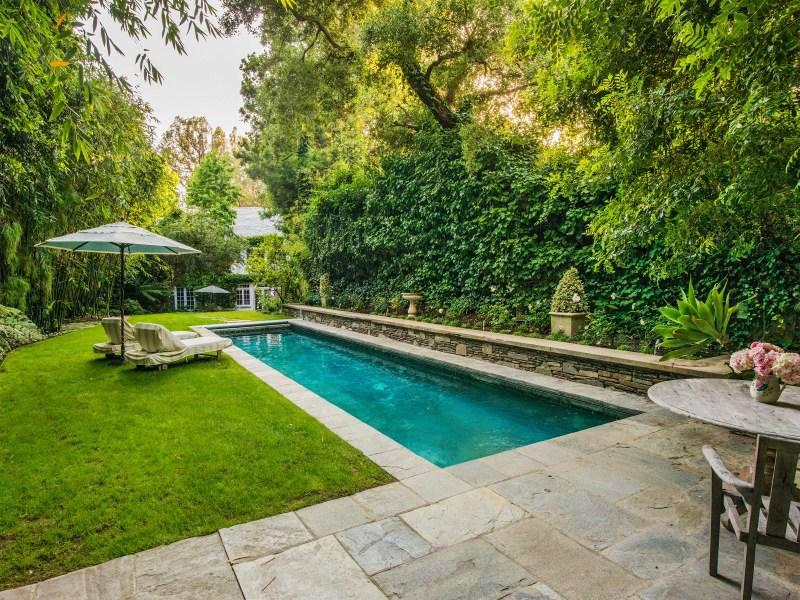 (The modern construction replaced a derelict little bungalow built in the 1940s, which Cranston and his wife lived in briefly before tearing down.)

Clad in titanium (chosen for its imperviousness against salt air), the sustainable structure—dubbed “3 Palms”—is made of low-maintenance and cutting-edge insulation materials and equipped with photovoltaic and water-heating solar panels, rainwater collection capabilities, energy-efficient appliances, and LED lighting. 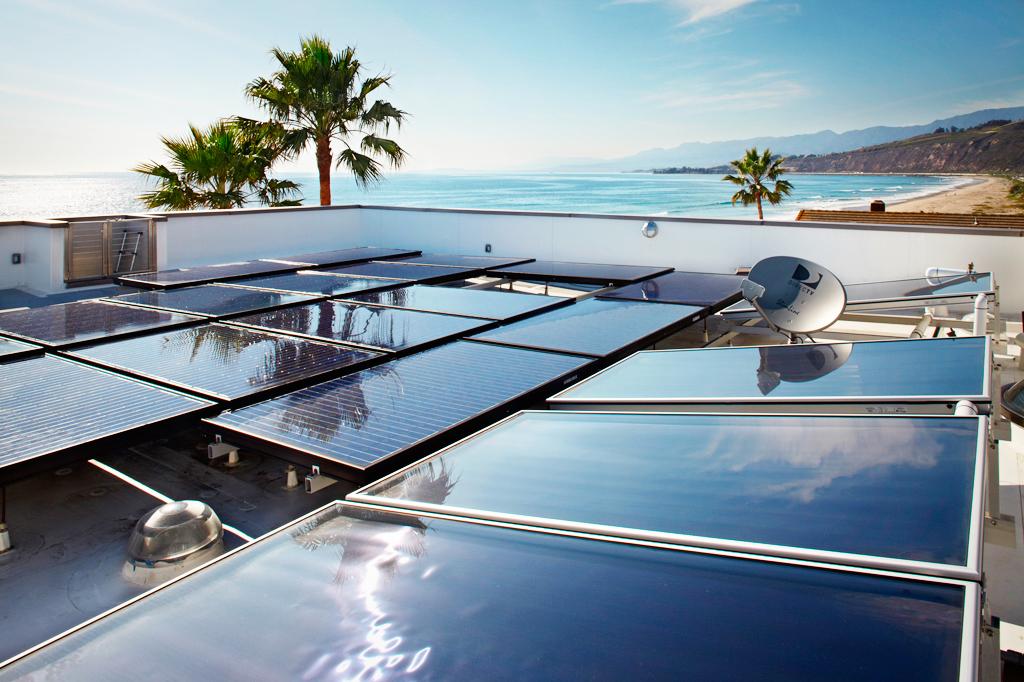 (On sunny days, the three-bedroom home produces more energy than it uses.)

Rocky Balboa might seem like tough guy at first glance—but inside he’s a real softy. The Creed star’s La Quinta mansion—furnished with feng shui principles in mind—is full of artistic sundries collected by the actor over the years, including numerous ornate crystals. 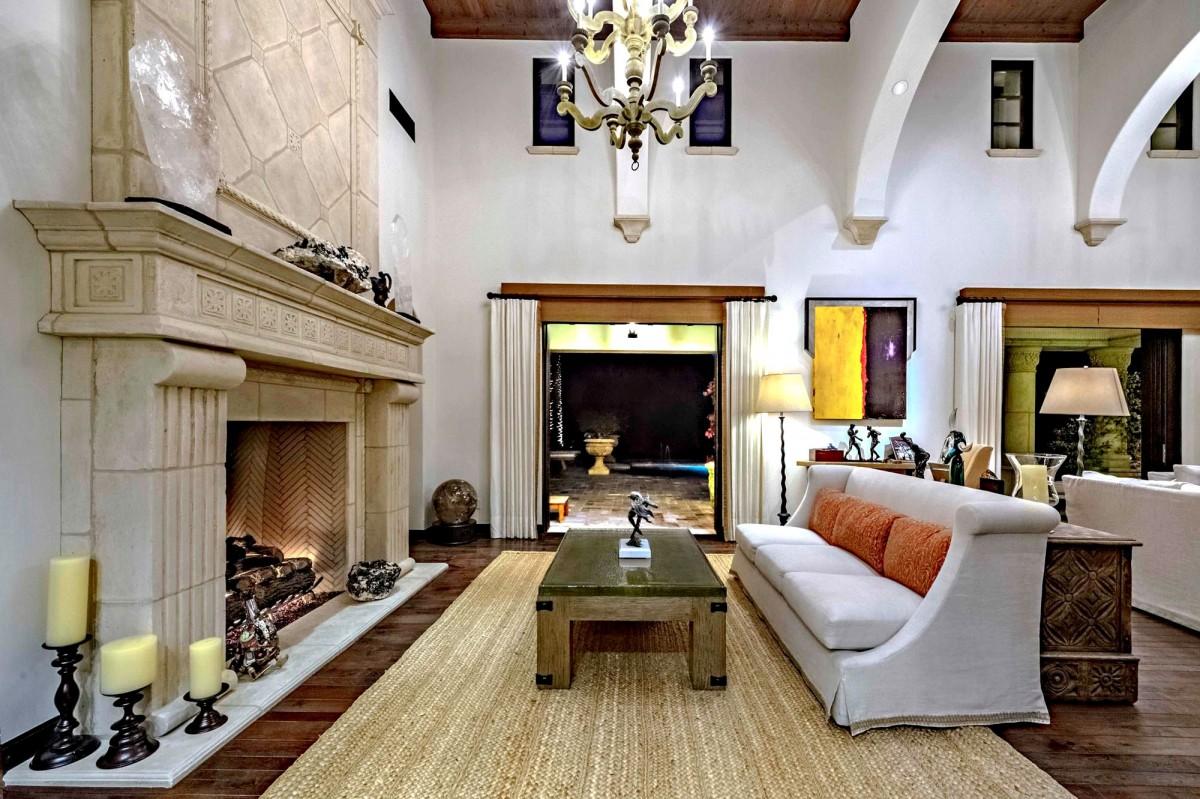 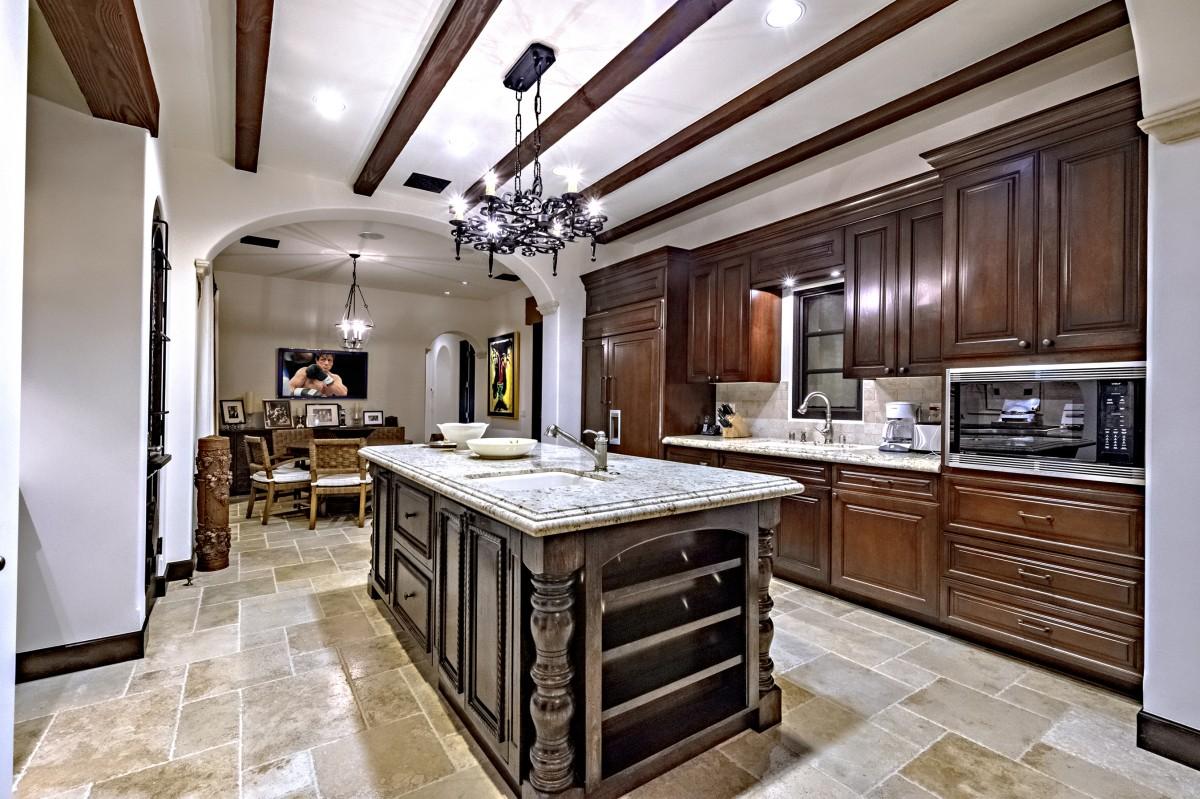 Now listed at $4.199 million ($300,000 less than what he paid for it six years ago), the Best Supporting Actor nominee’s 5,173-square-foot single-family features four bedrooms and four-and-a-half baths; a double-height living room with exposed wooden beams and a stone fireplace; a dining room that opens onto the back terrace; and a master bath with a two-sink vanity and a tub. 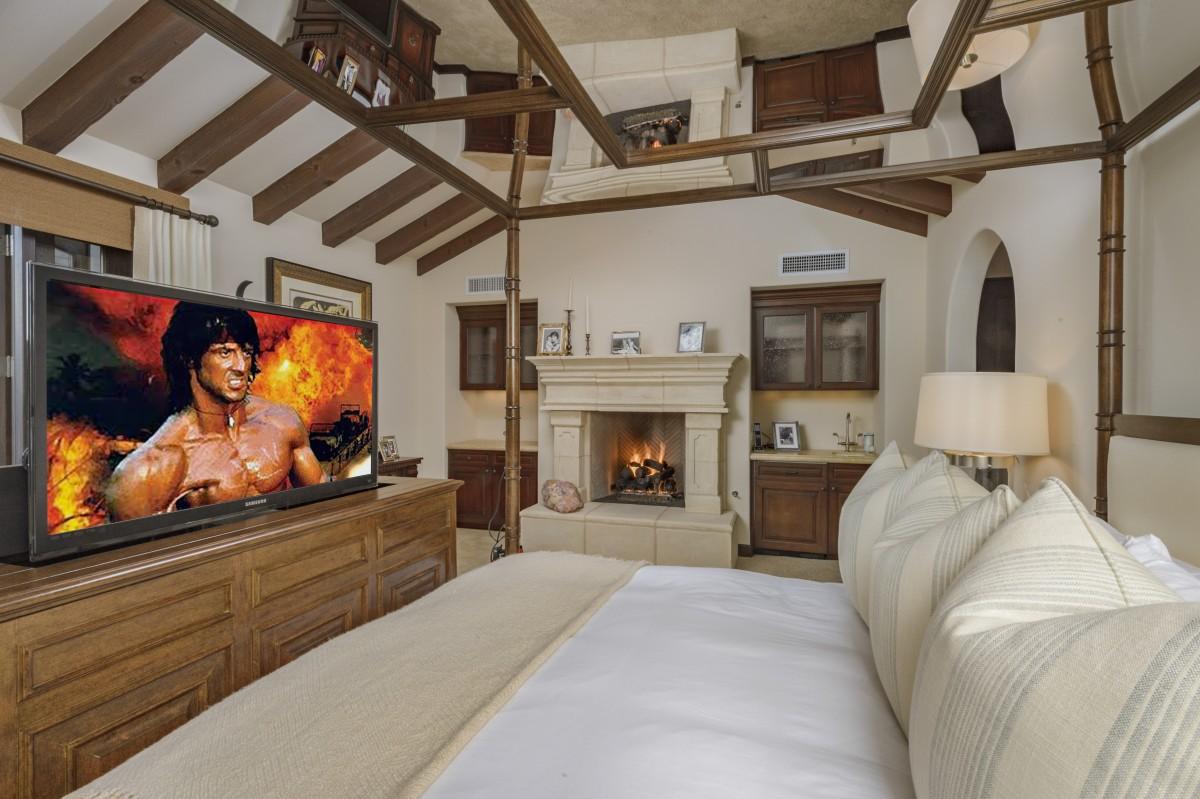 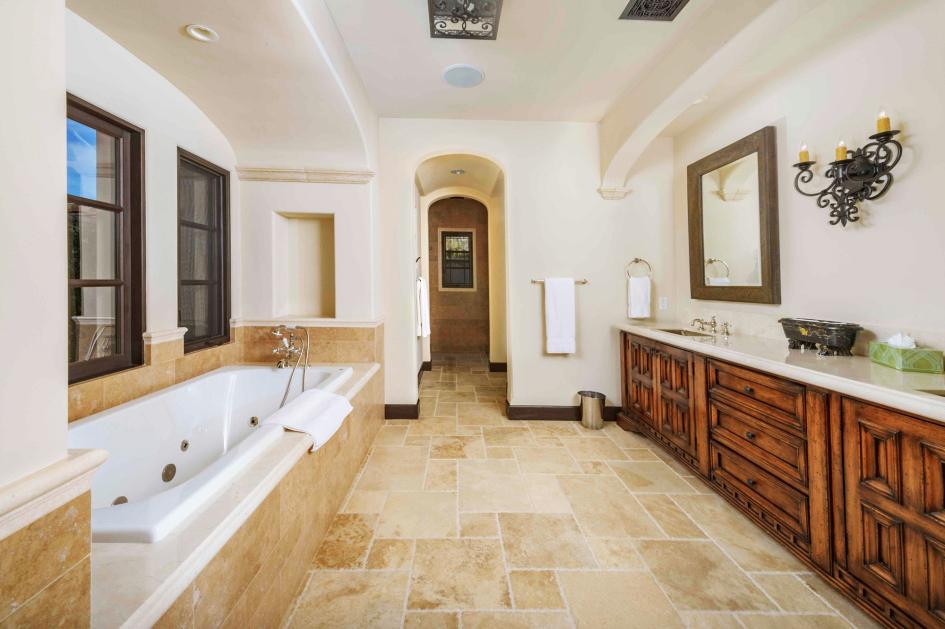 Outside are multiple terraces, a pool and spa, and a built-in firepit. 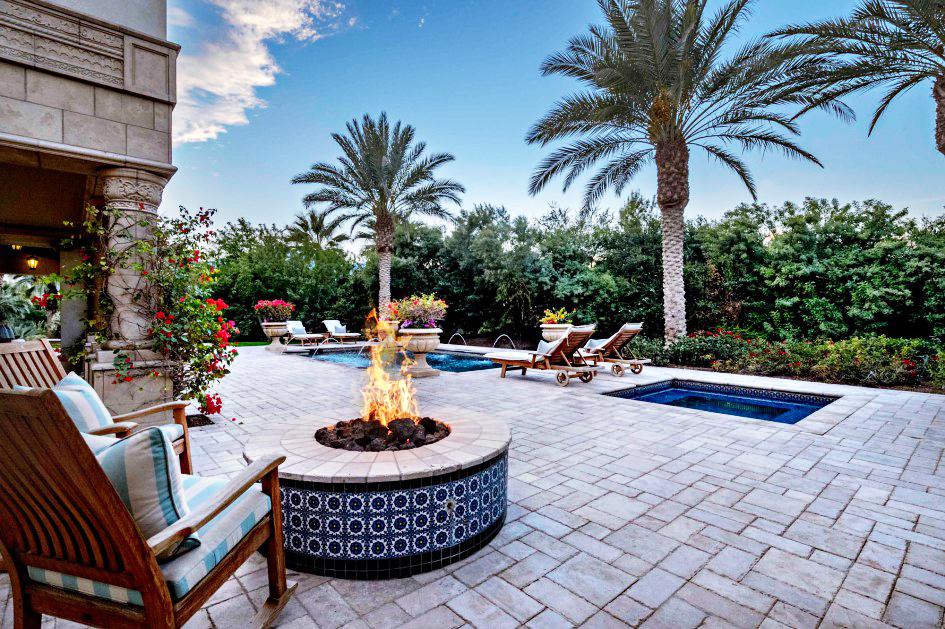 The sale includes all furniture, while the artwork—among the collection, several paintings created by Stallone himself—is negotiable.
via Forbes