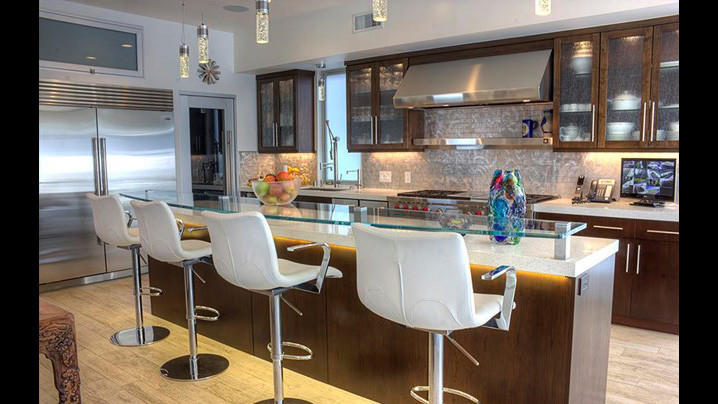 Built in 2011, the 7,574-square-foot home contains a world of knockout features: a home theater, a gym and a poured concrete-and-glass wine cellar. A glass-enclosed staircase and an elevator connect the levels. 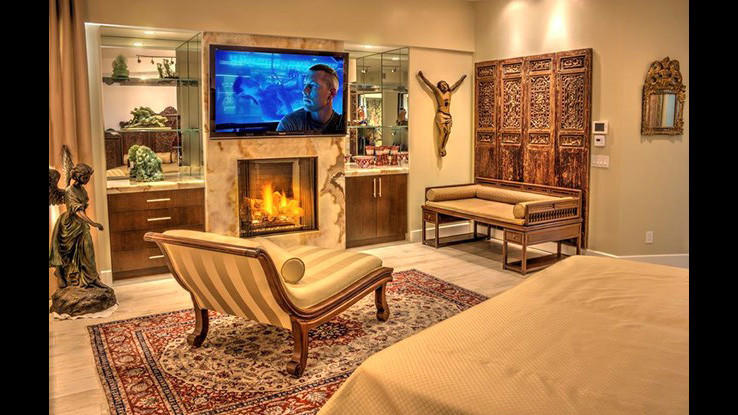 Among common areas is a modern kitchen with a breakfast bar, a formal dining room and a living room with a wet bar. The master suite has a fireplace and his and hers bathrooms for a total of six bedrooms, 11 bathrooms and six fireplaces. 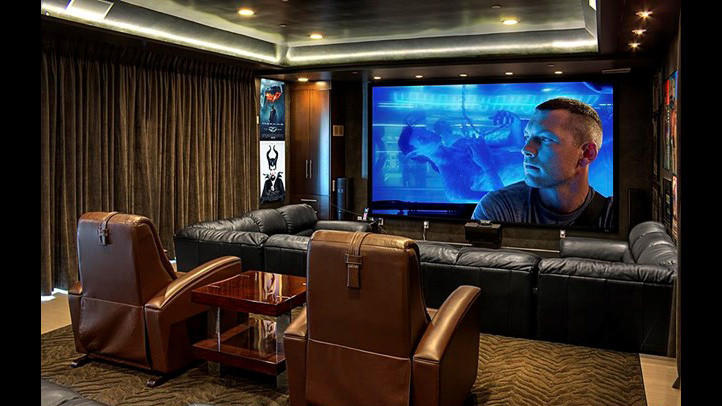 Pocket doors off each level open to terrace patios overlooking the canal. The rooftop deck with a swimming pool takes in 360-degree views. 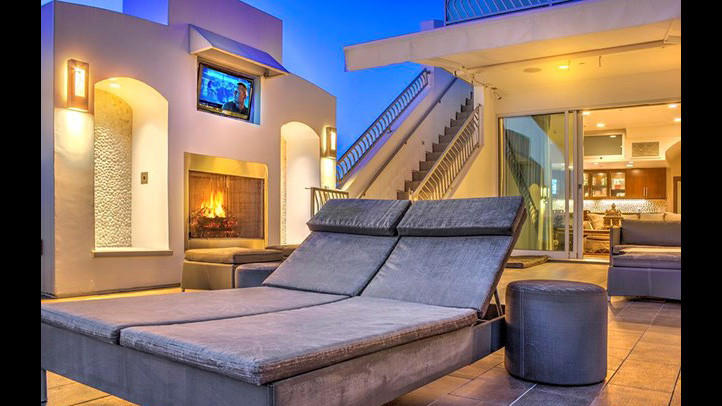 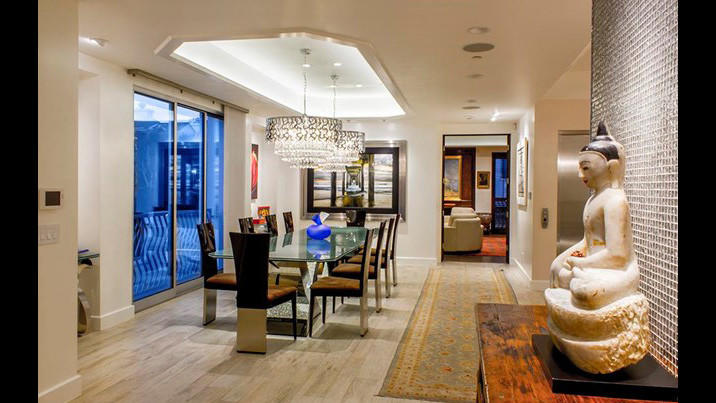 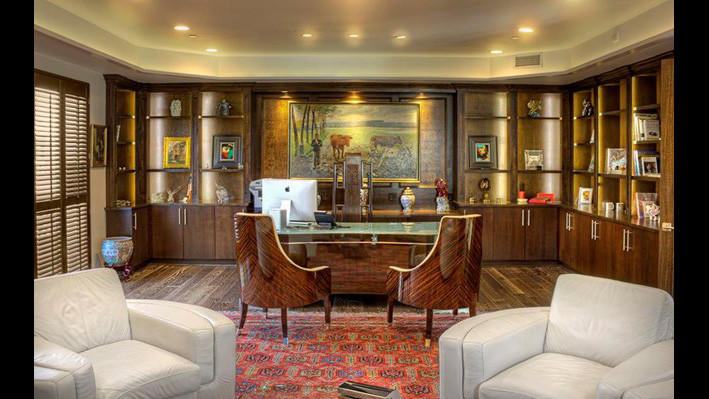 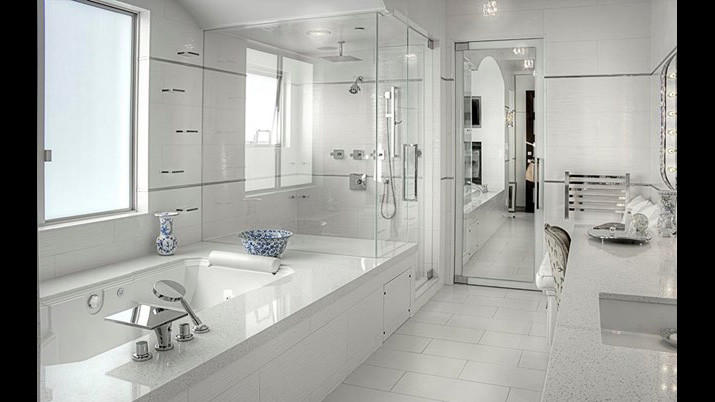