From the architect. On a stunning site with panoramic water views and wonderful exposures to the changing light of the day stood a typical 1960’s, three story A-frame. The derelict structure had a tight spiral staircase splitting the middle, four dark bedrooms, a leaky roof and a cracked pile foundation. These were the conditions overcome in this dramatic, open, expansive, light-filled renovation in Fire Island, New York. 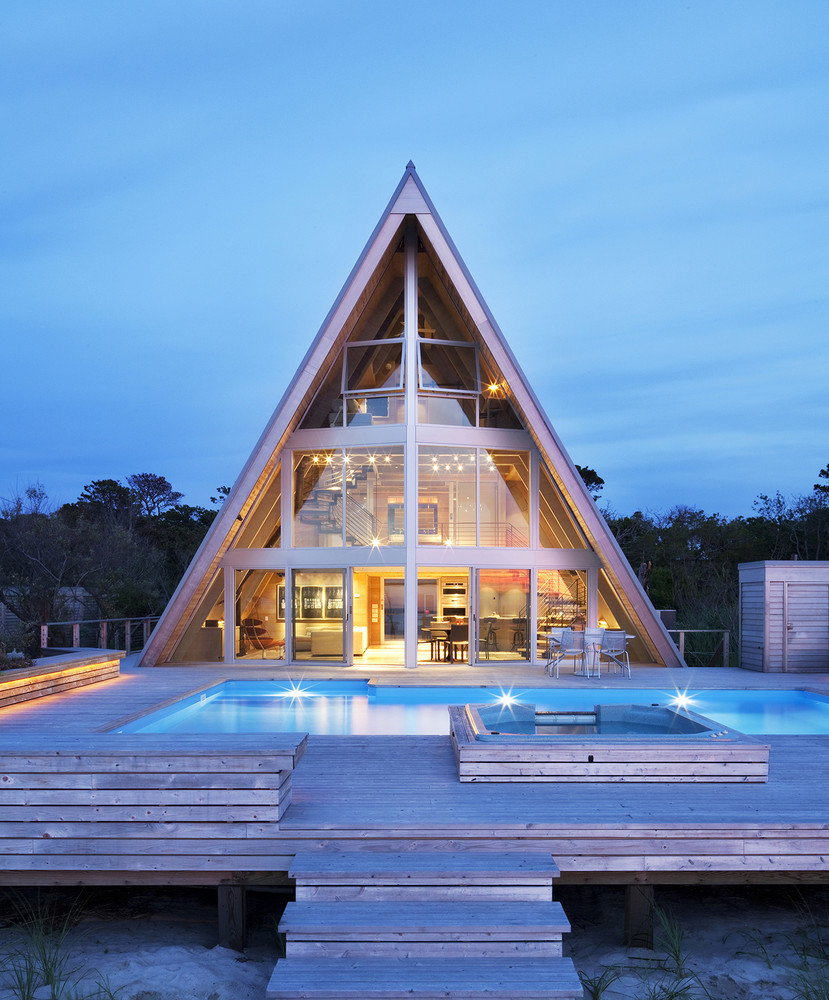 The spiral stair in the center was by far the most constraining element in terms of plan, obstructing the view and limiting the travel of light. To maximize daylight, views of the bay, and to open the plan the stair had to be relocated. The redesigned stair creates a promenade through the volume framing views from the living space, second floor bedroom and the crow’s nest third floor. 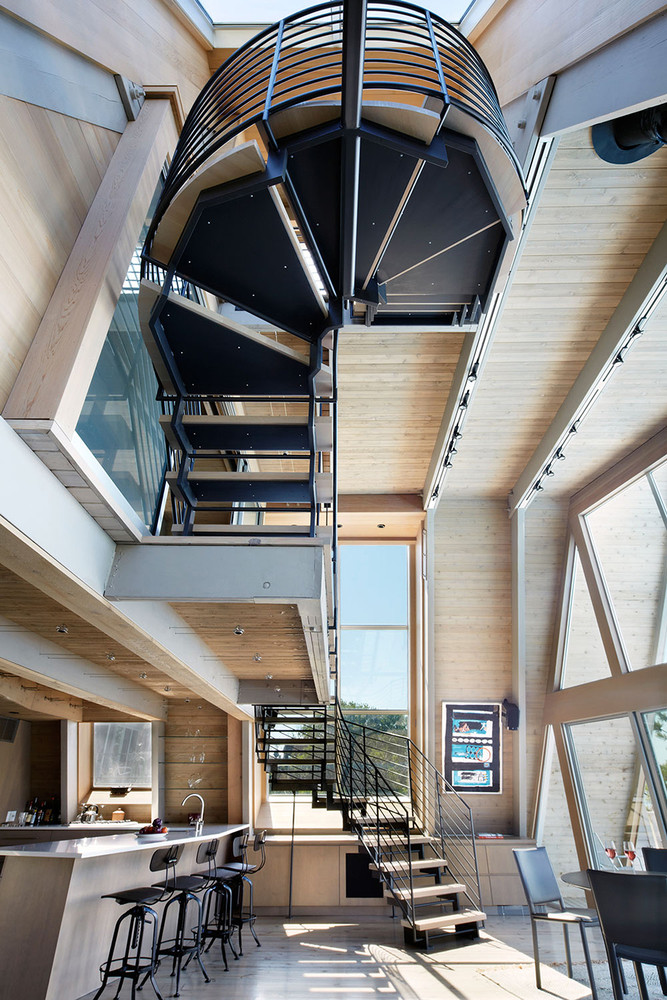 The low eaves restricted headroom, but by exploiting a local law that permits windows to project two feet from the envelope, the stair could be tucked into two new, large bay windows. The windows, akin to skylights, are staggered at different elevations on each side of the house and connected by a cat-walk balcony in front of the bedroom. Traversing from one side to the other as you rise, bay views are framed at each floor and newly admitted light enters from the sides. 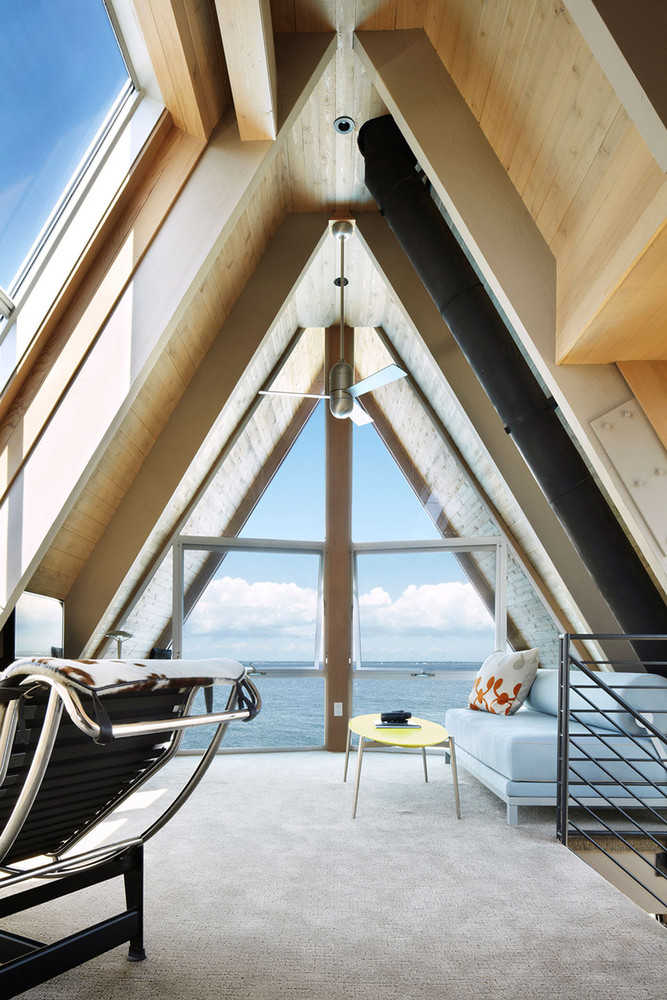 The A-Frame Re-Think is now a cathedral of light-filled with the color of sky and water, complex but simple, where the pieces lock into place like a Rubik’s cube. 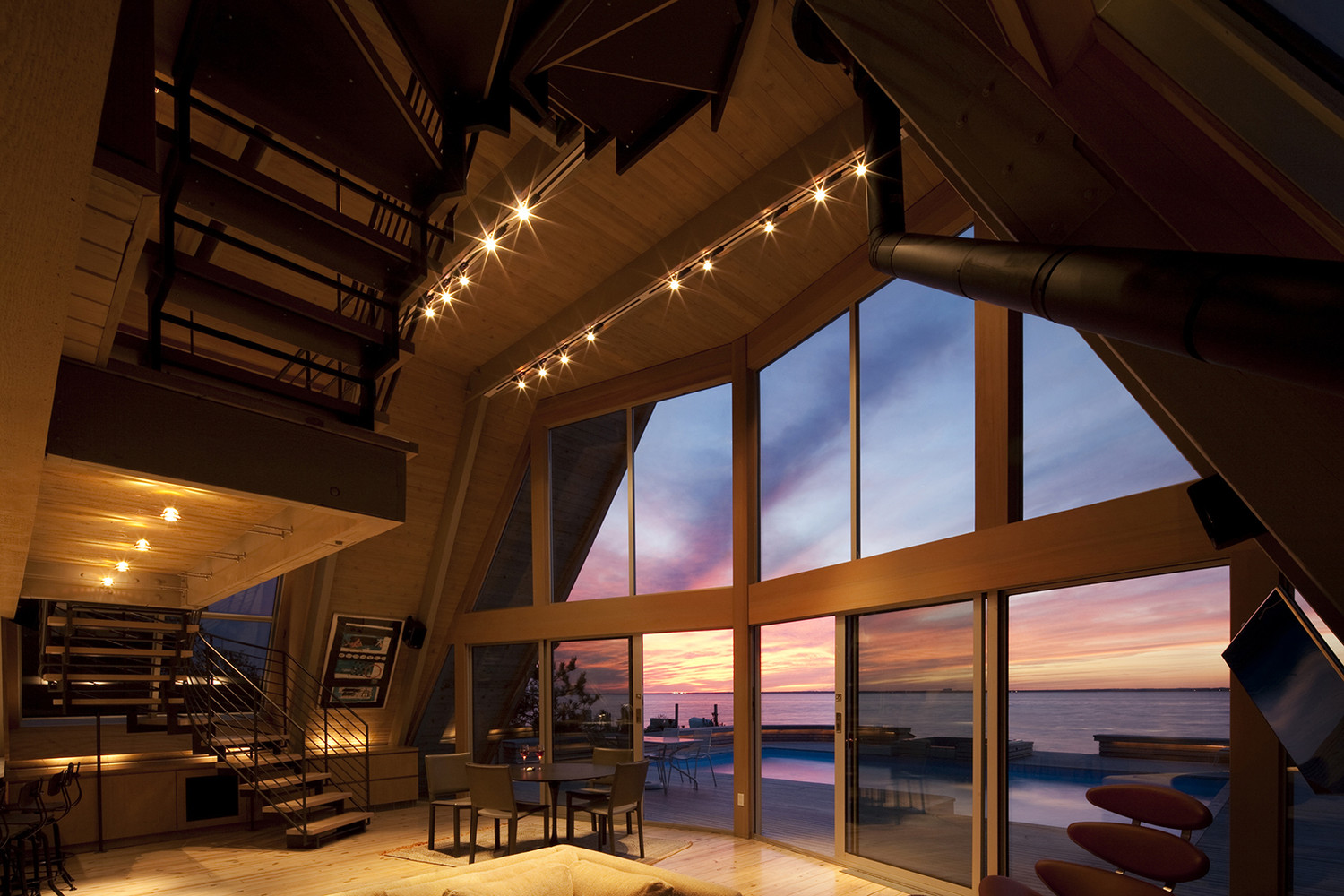 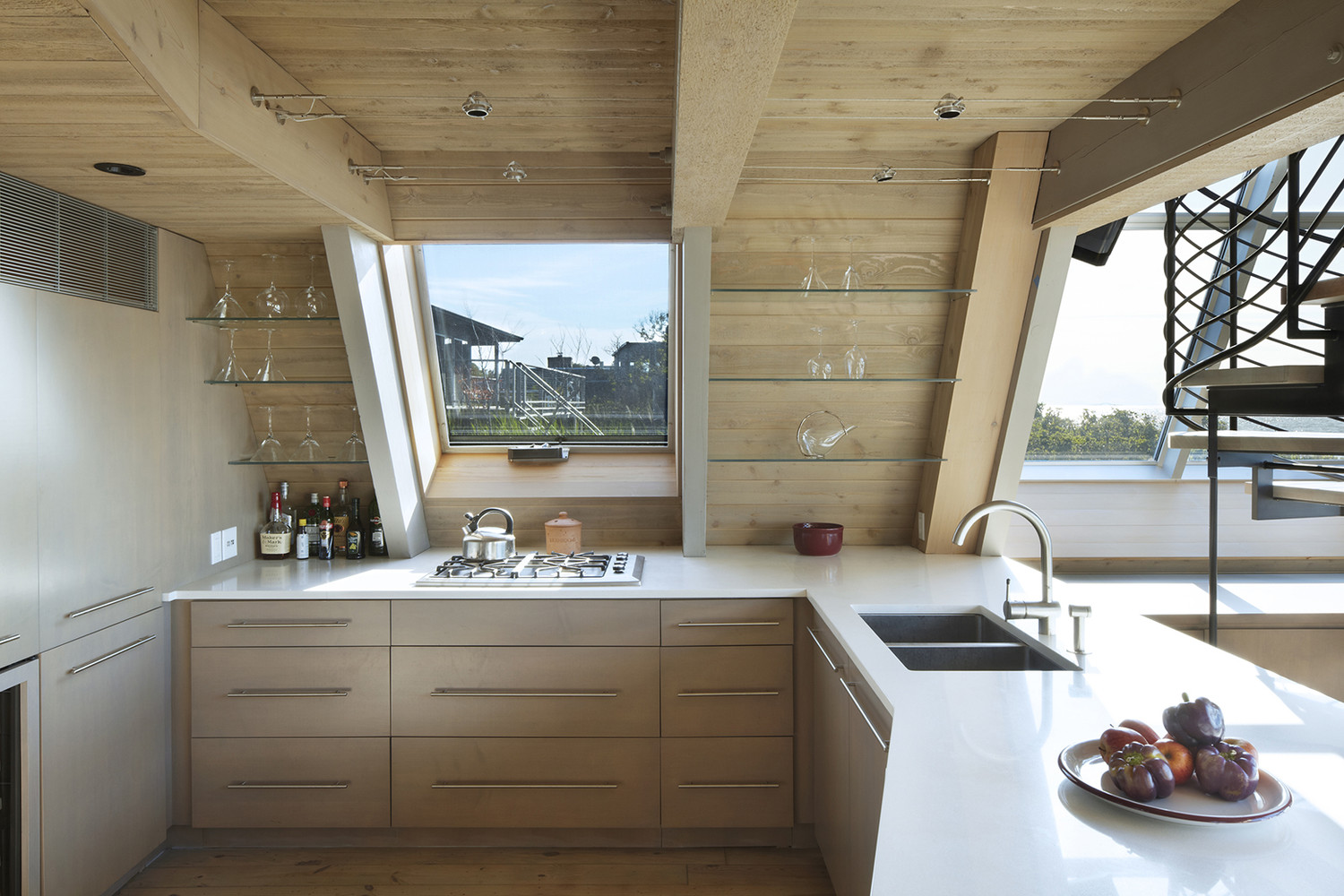 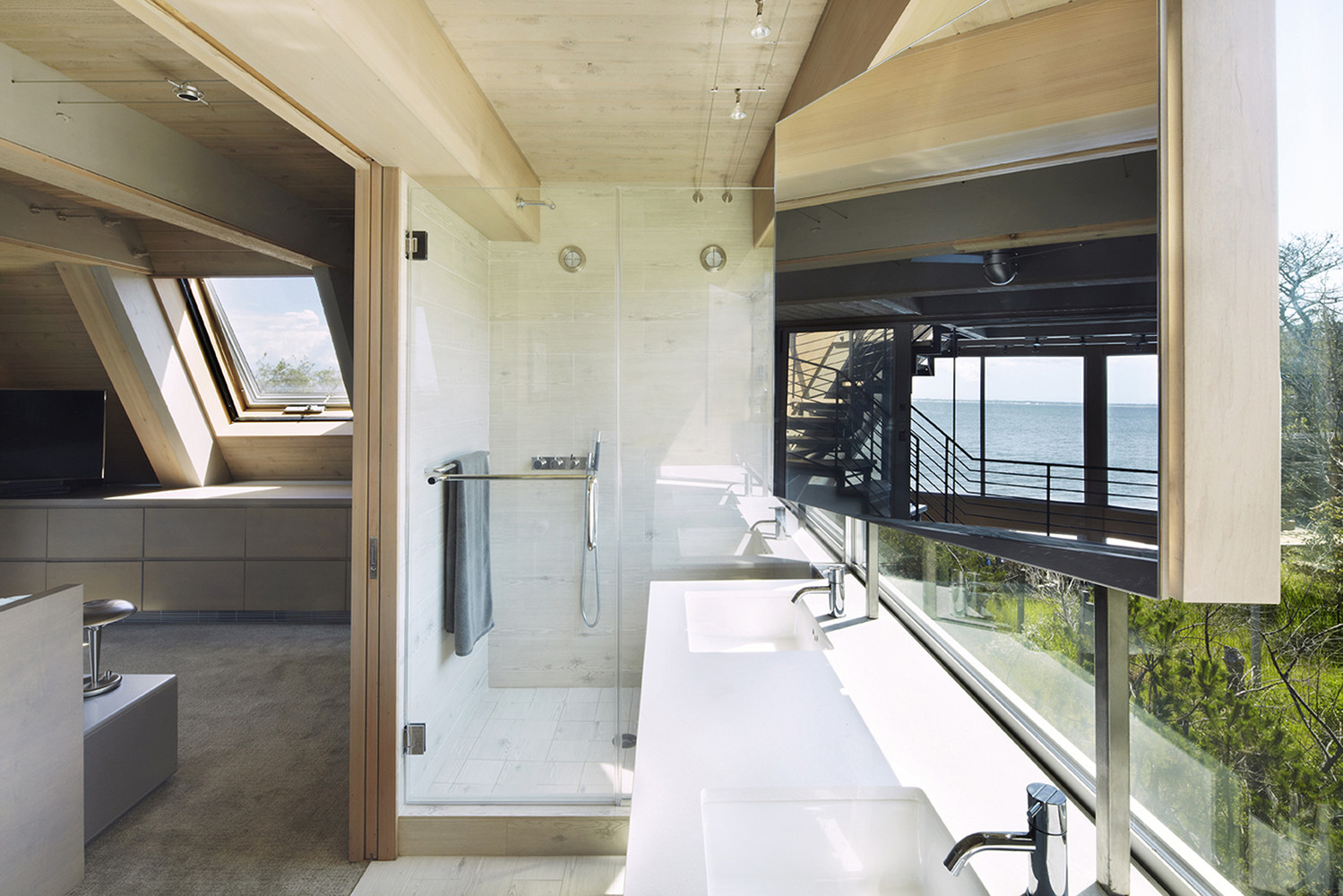 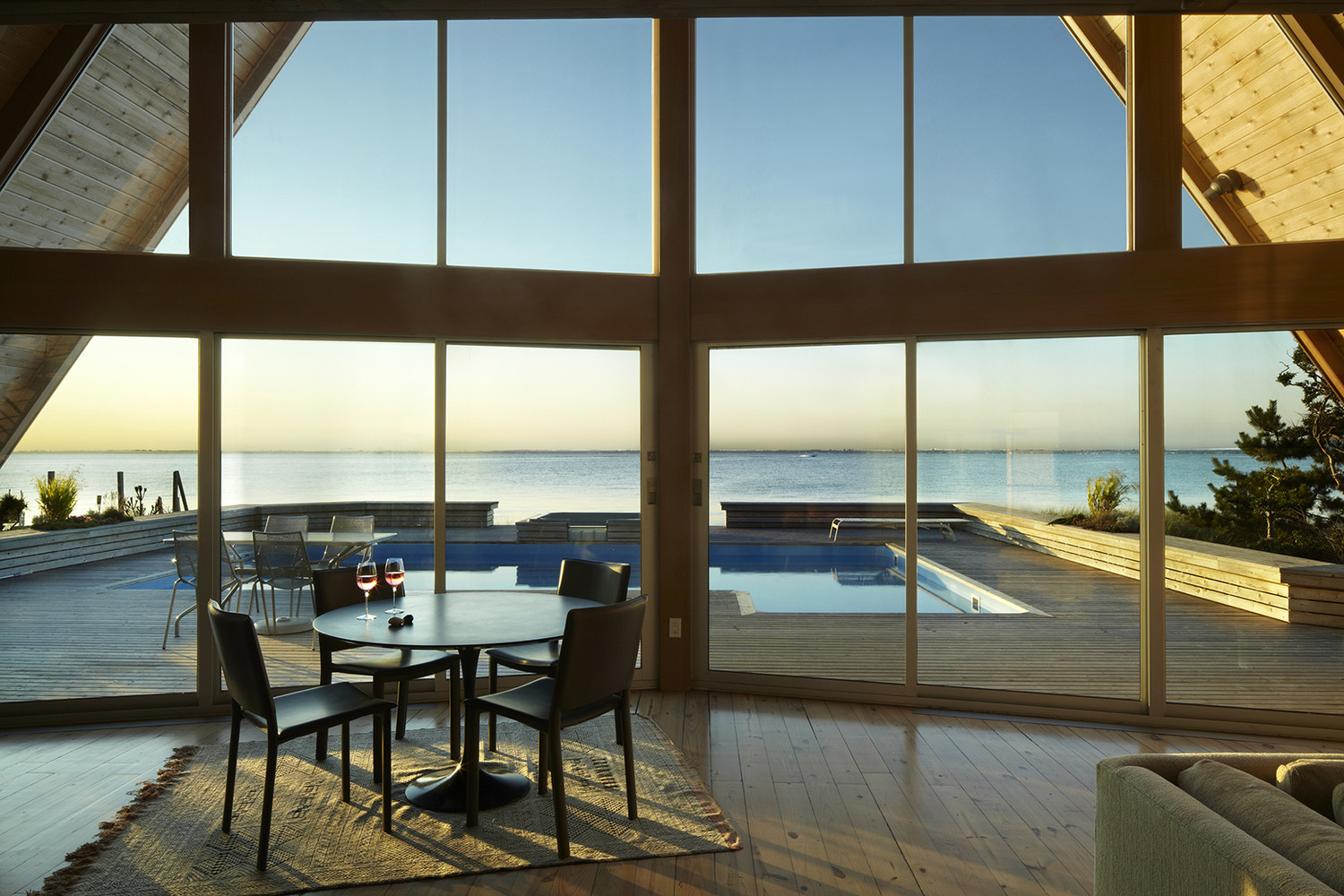 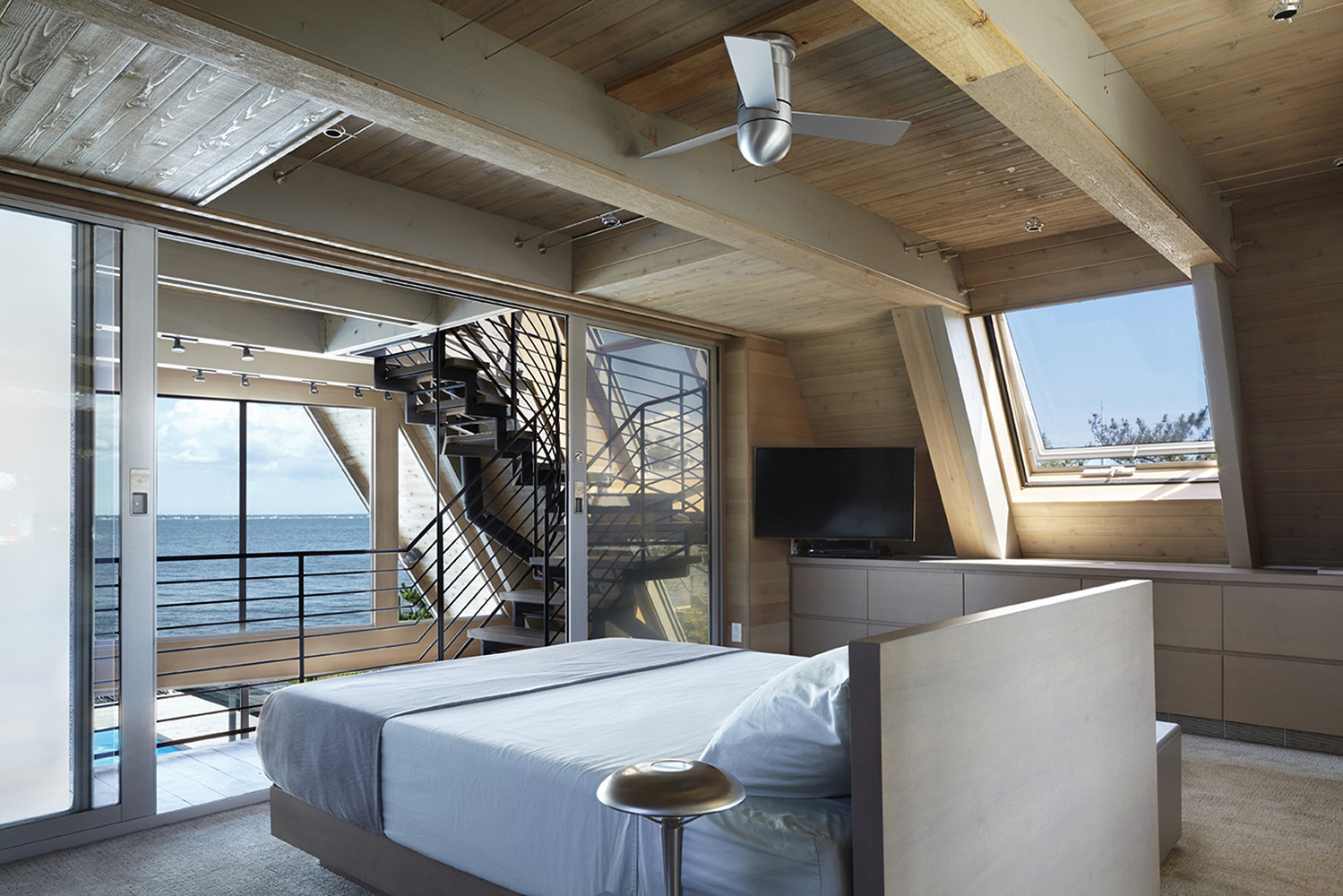 via ArchDaily | All images: Mikko Kikuyama