Commonly associated with film and photography, varying shades of gray create texture and the illusion of depth. In 3D design, architects use a monochromatic color palette to play their own visual tricks: to give the impression of negative space, to make a building appear larger, or to give the appearance of separate structures within one building.

Recalling the bold minimalism of the 1980s, contemporary architects are making excellent use of opposing black and white façades to define unique forms. The white surfaces absorb the light and reflect all colors on the spectrum, while the black surfaces do the opposite: they absorb the light and denote the complete absence of color. Used together, these complementary shades make a confident visual statement. Take a look at how these contrasting hues play with the viewer’s perception in the following residential projects: 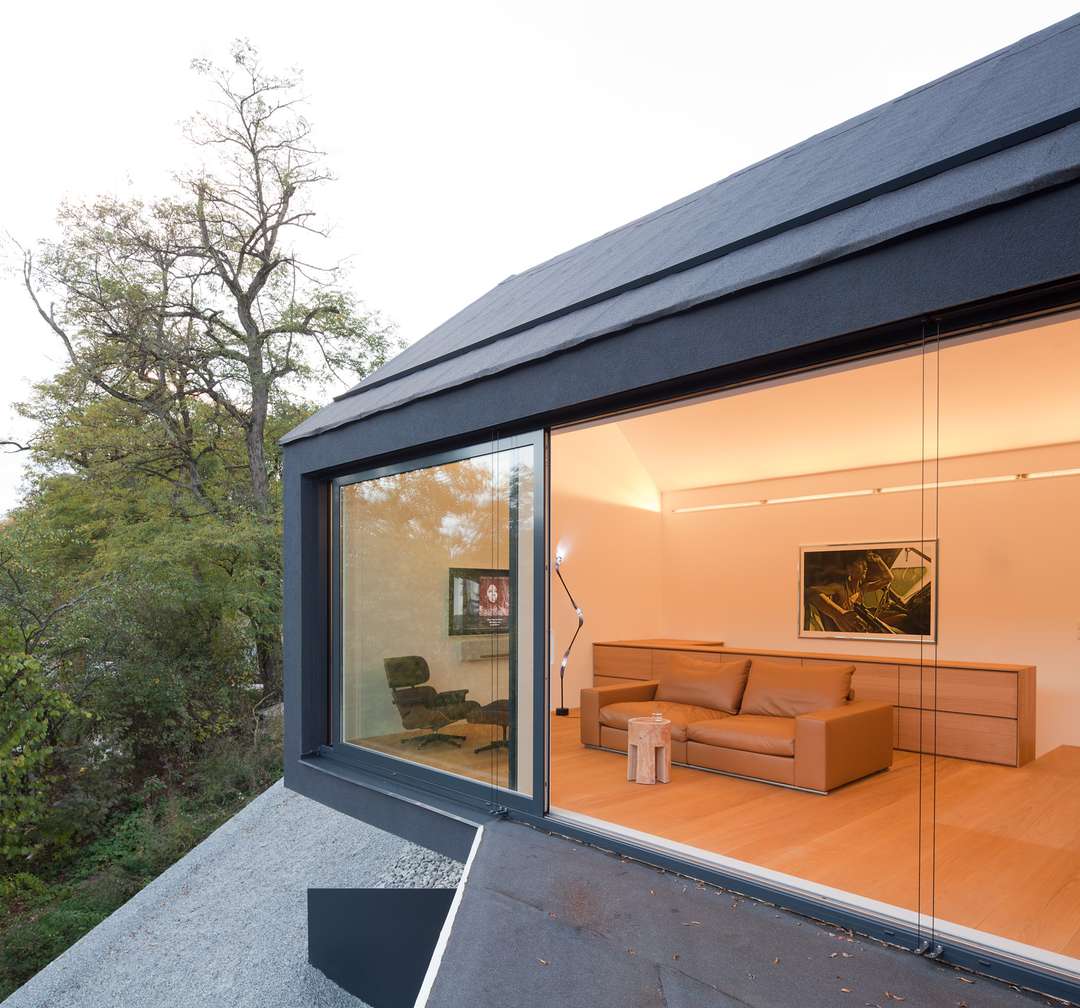 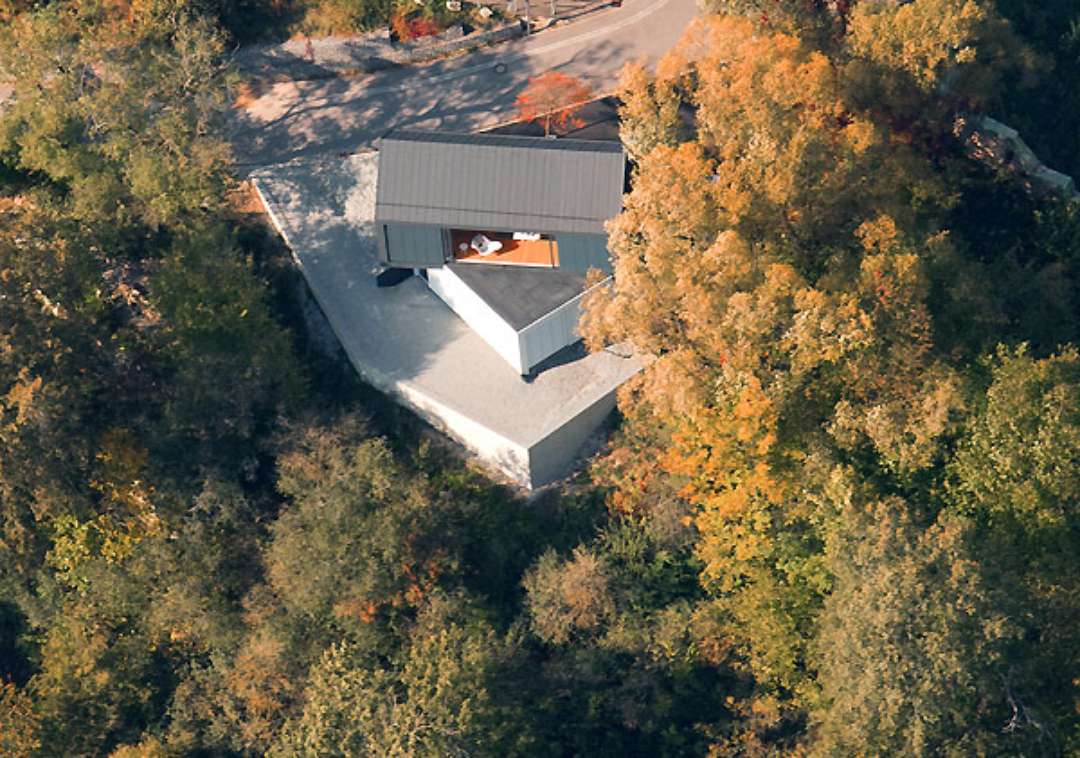 The contrasting color choices highlight the distinction between the house’s two volumes: one rectangular white volume that sits beneath a cantilevered black box. Together, the black and white forms create a two-story house. 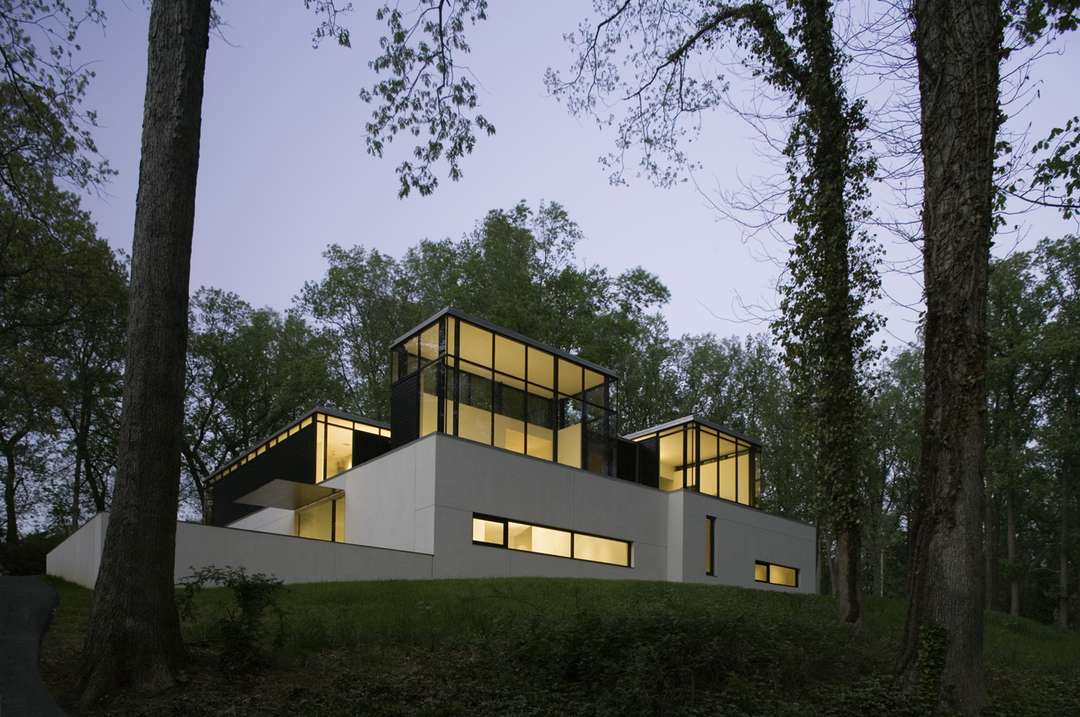 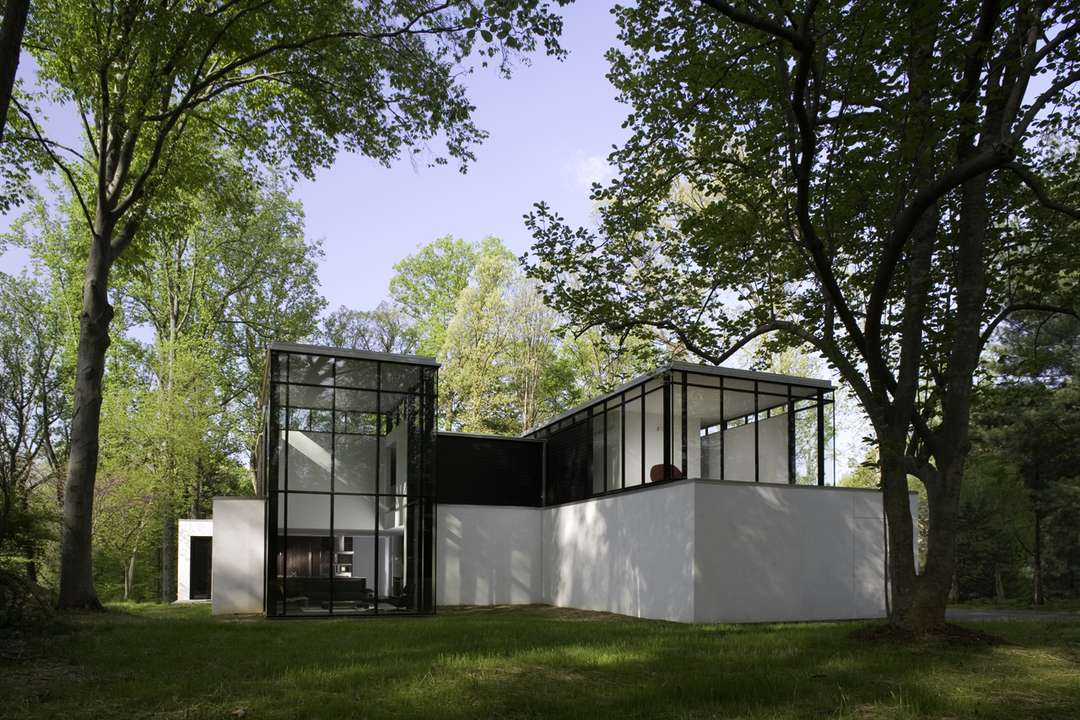 Similar to the German home above, the main level has a white stucco façade to contrast the black framing on the second floor. Inspired by Acropolis temples, the second story uses glass walls to let in light. The stark black and white façades contrast with the house’s softer, wooded setting. 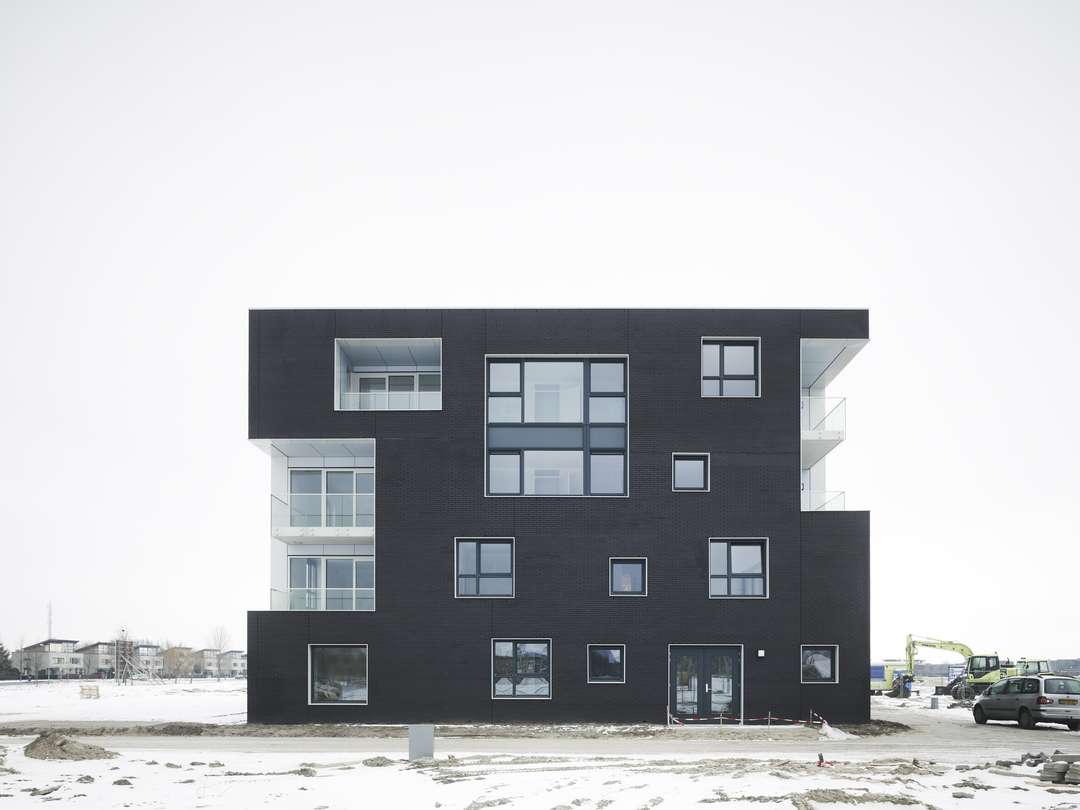 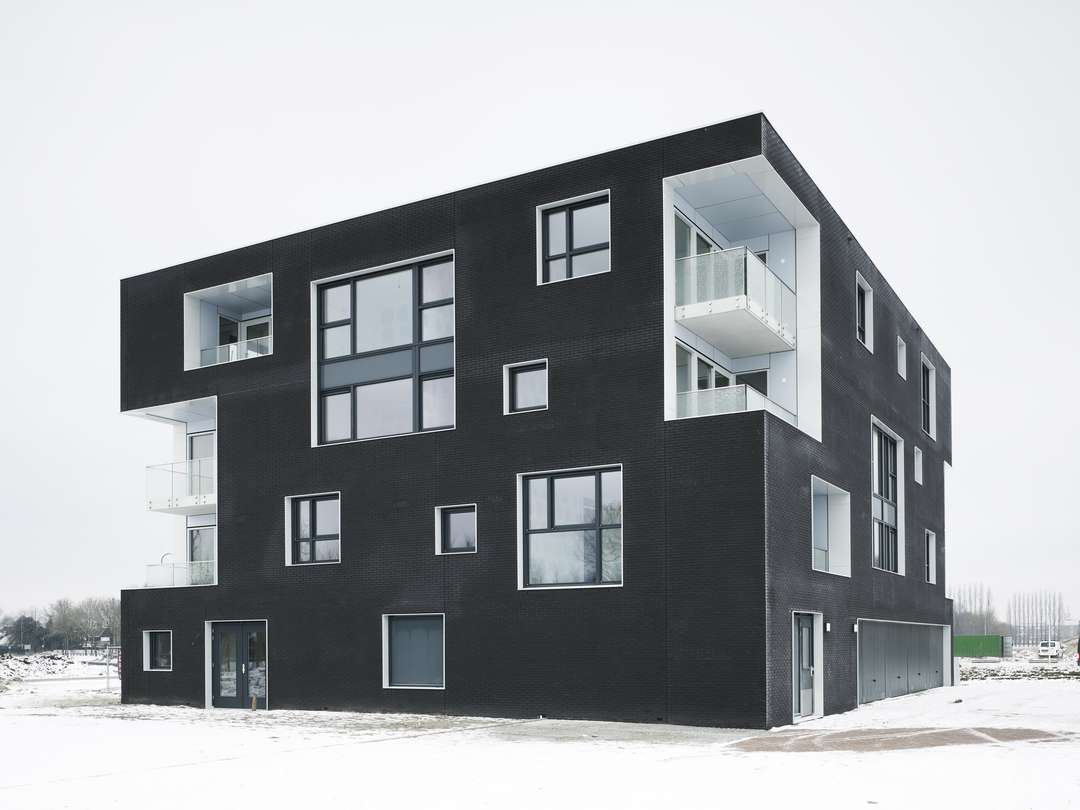 The black skin of this apartment building is perforated by white windows and voids. The white-framed terraces at either side give the illusion of negative space, as though chunks of the building have been cut away. 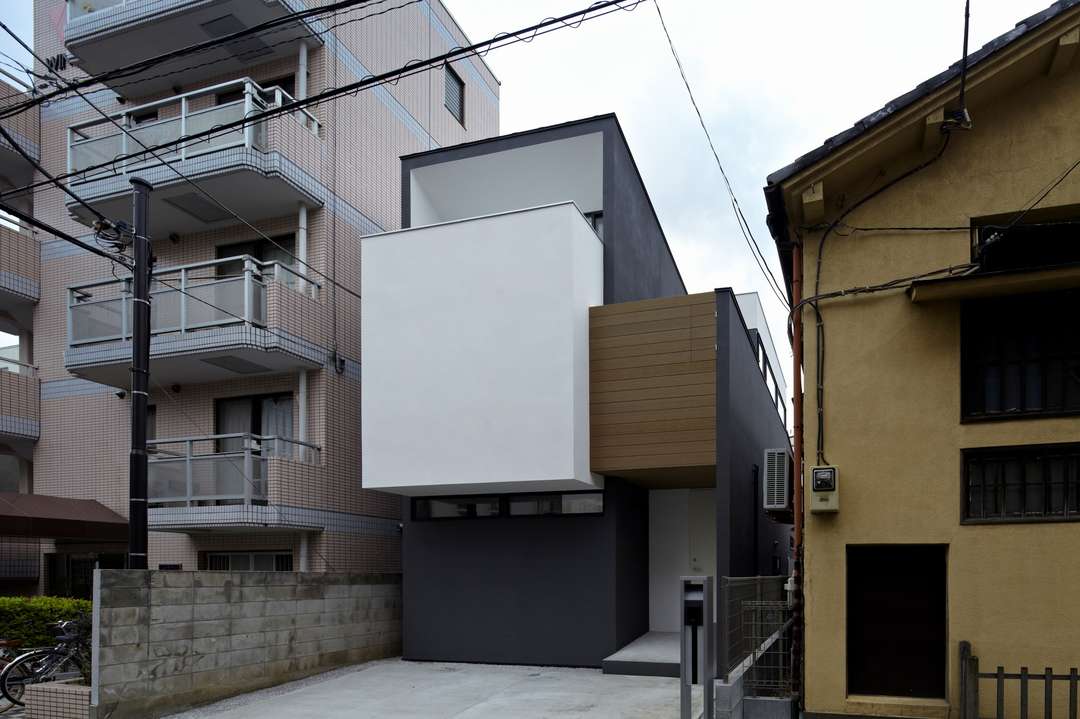 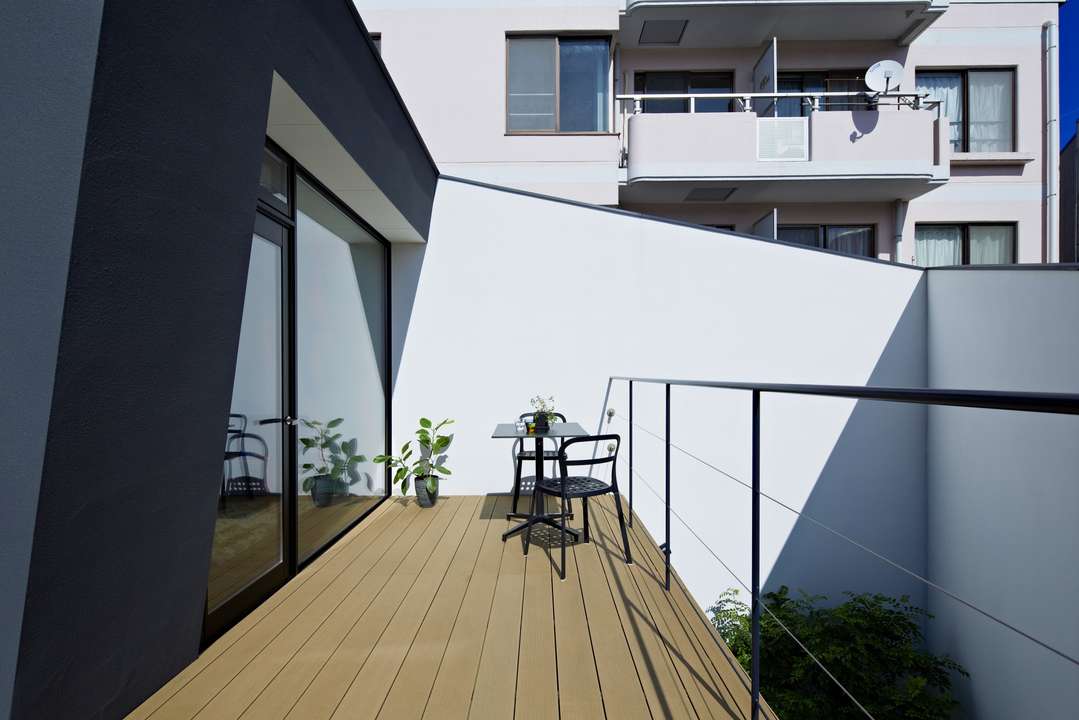 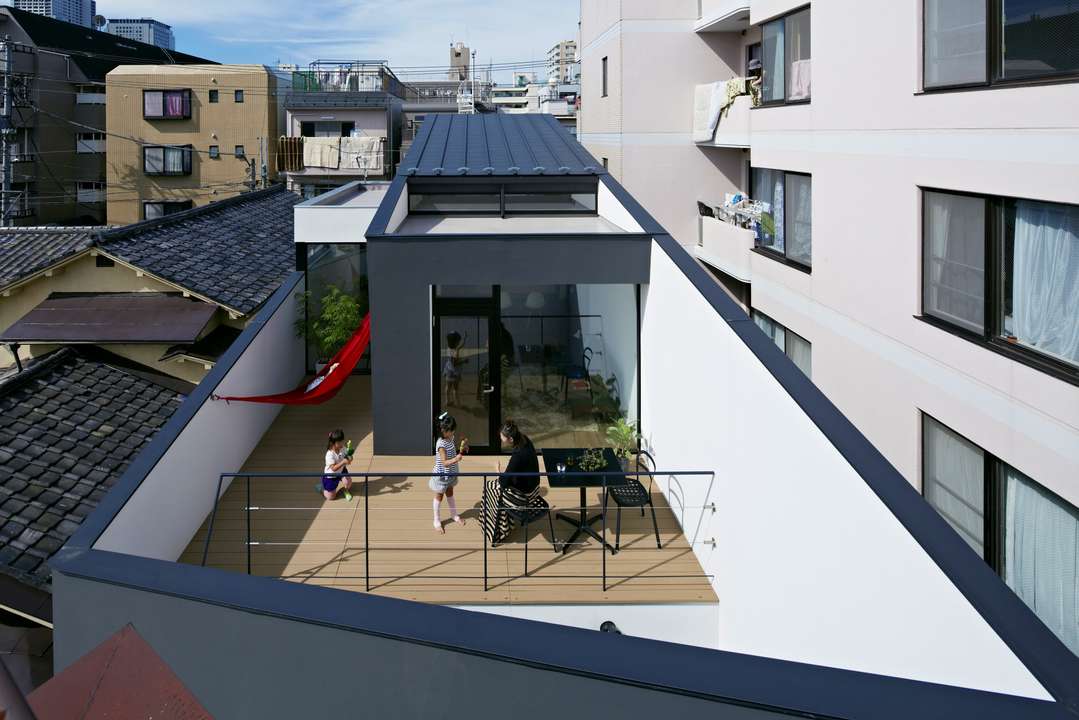 The architects behind the NN-House use black and white to make the structure’s volumes distinct from one another. The black-and-white design extends around the back of the house. 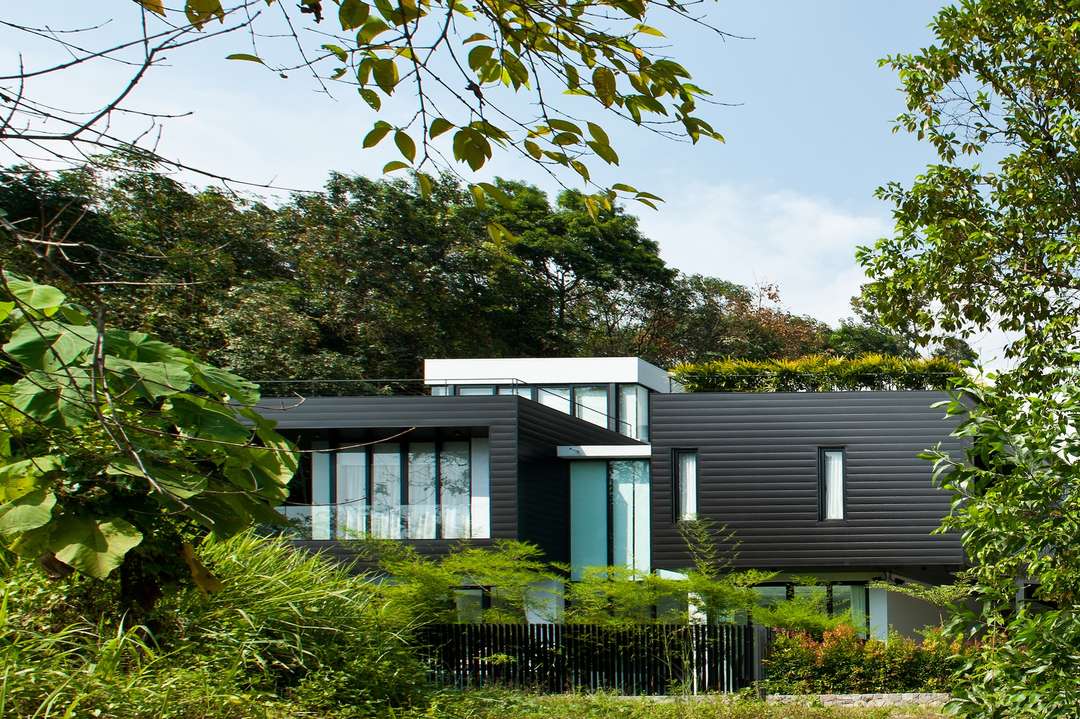 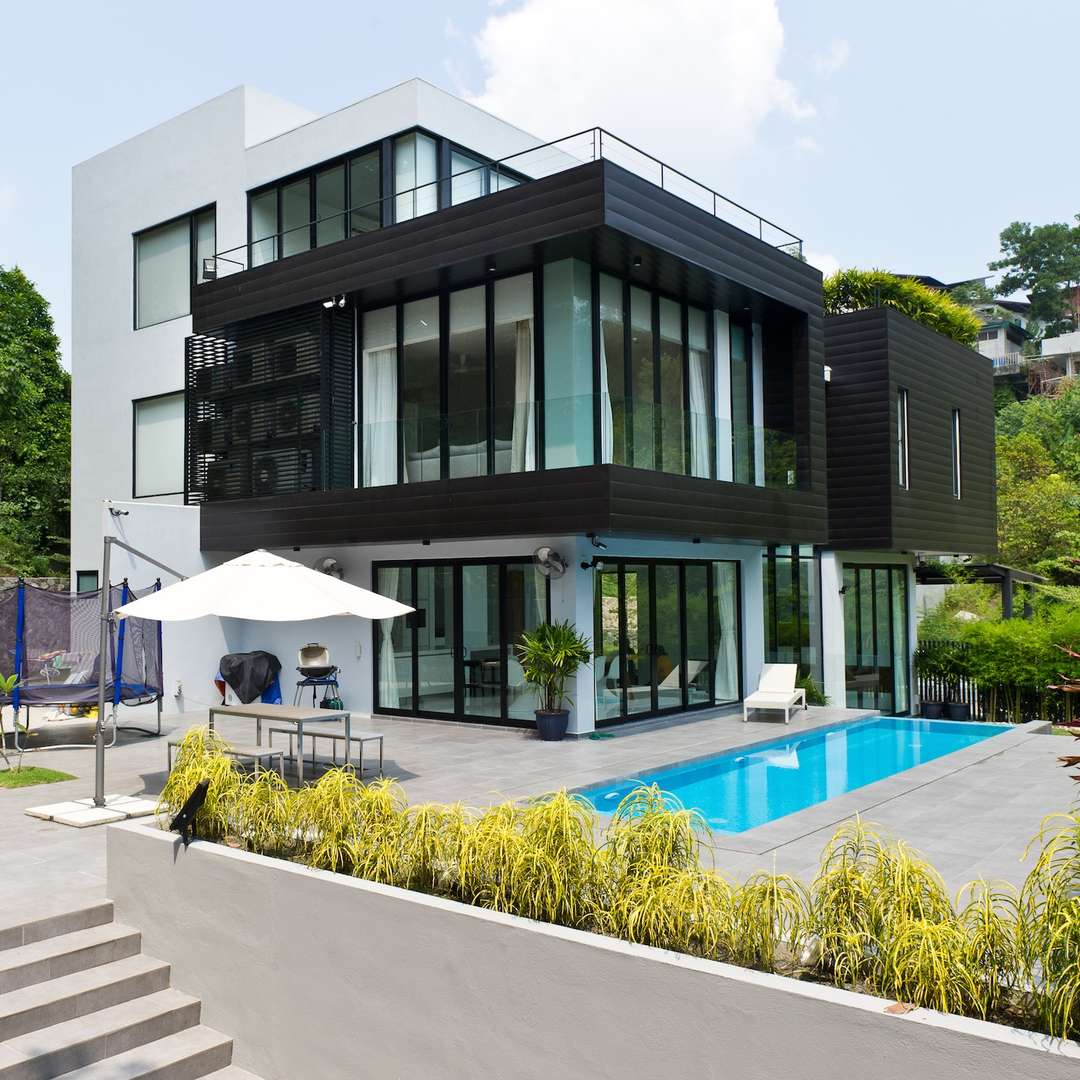 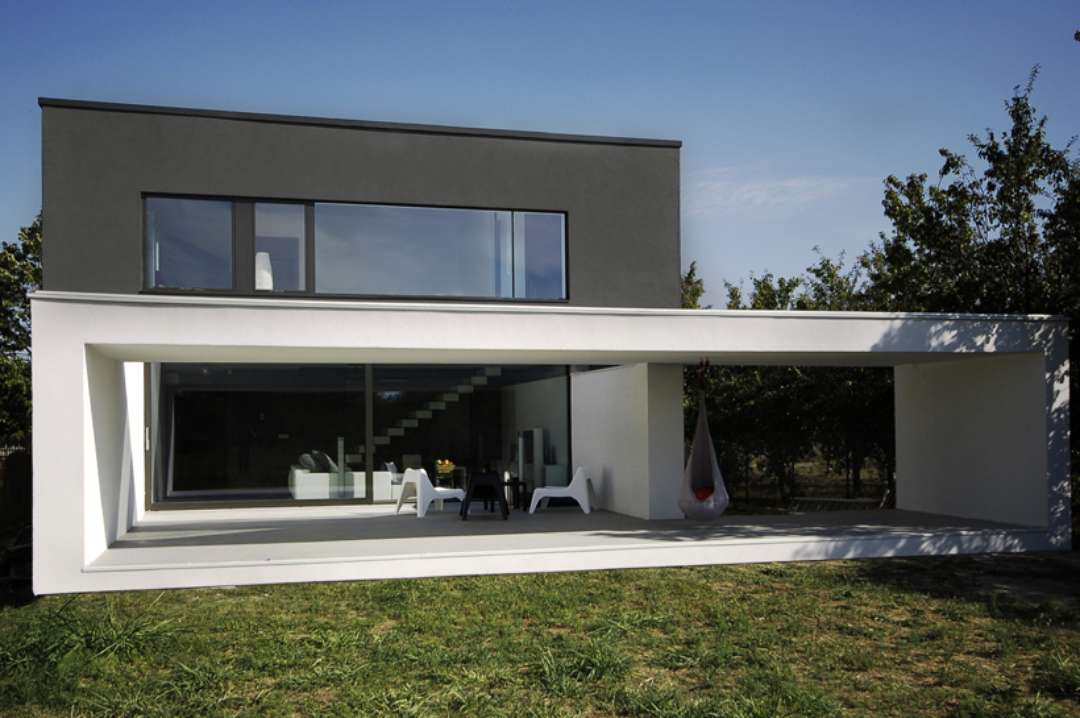 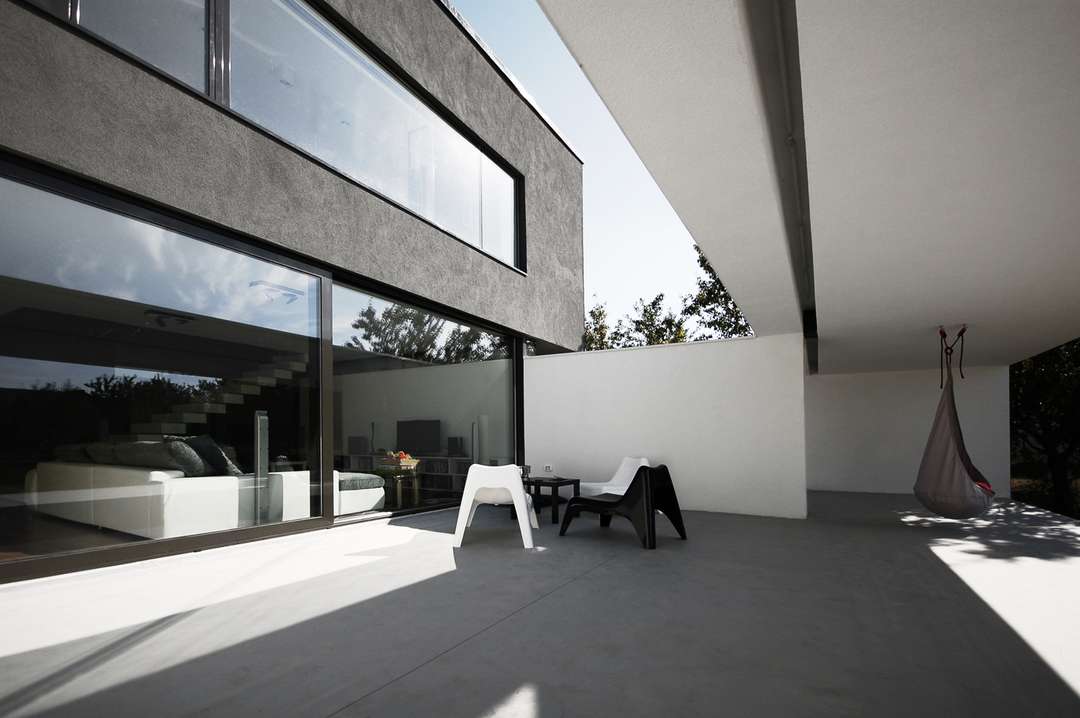 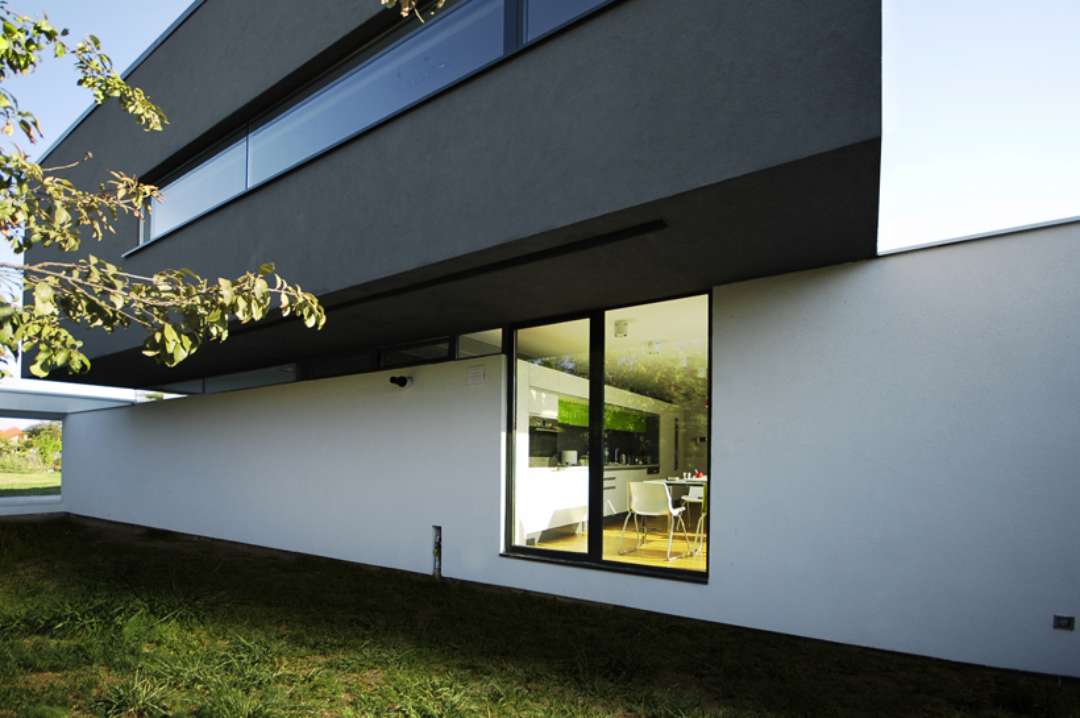 The white spaces on the first floor house the communal areas, including the kitchen, dining room, and living room. On the cantilevered second story, the black spaces hold private rooms. Alternating white and black walls below delineate private and public space, using color to make a statement about how the home should be used. 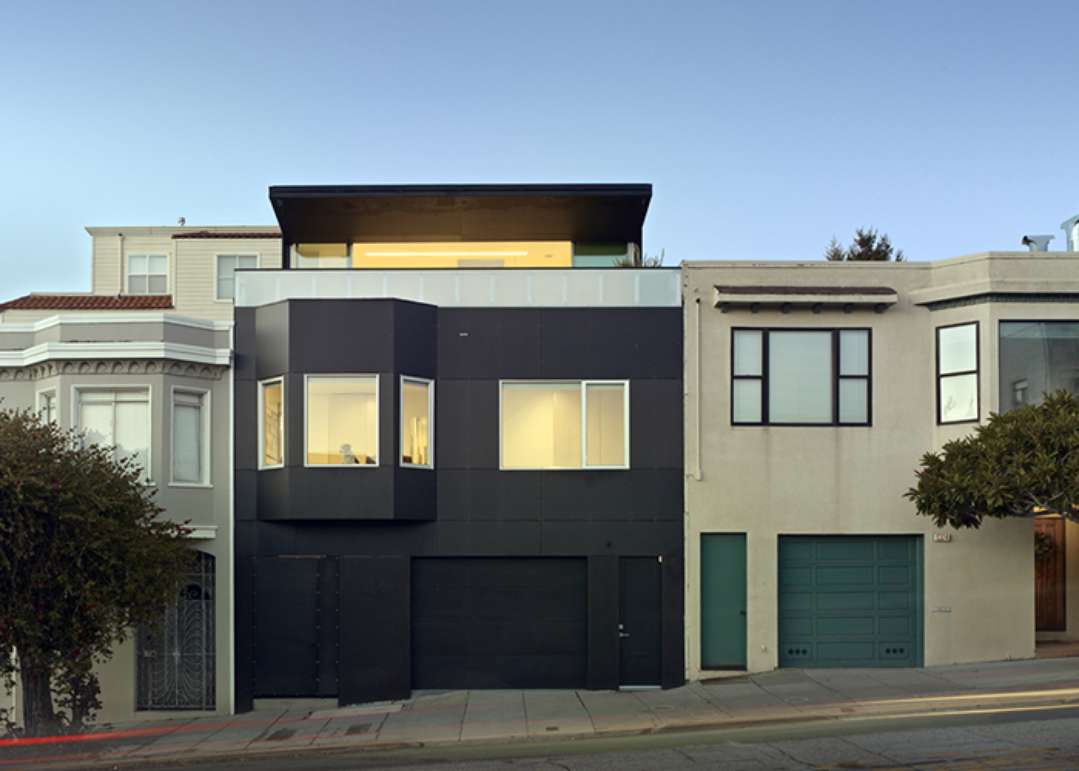 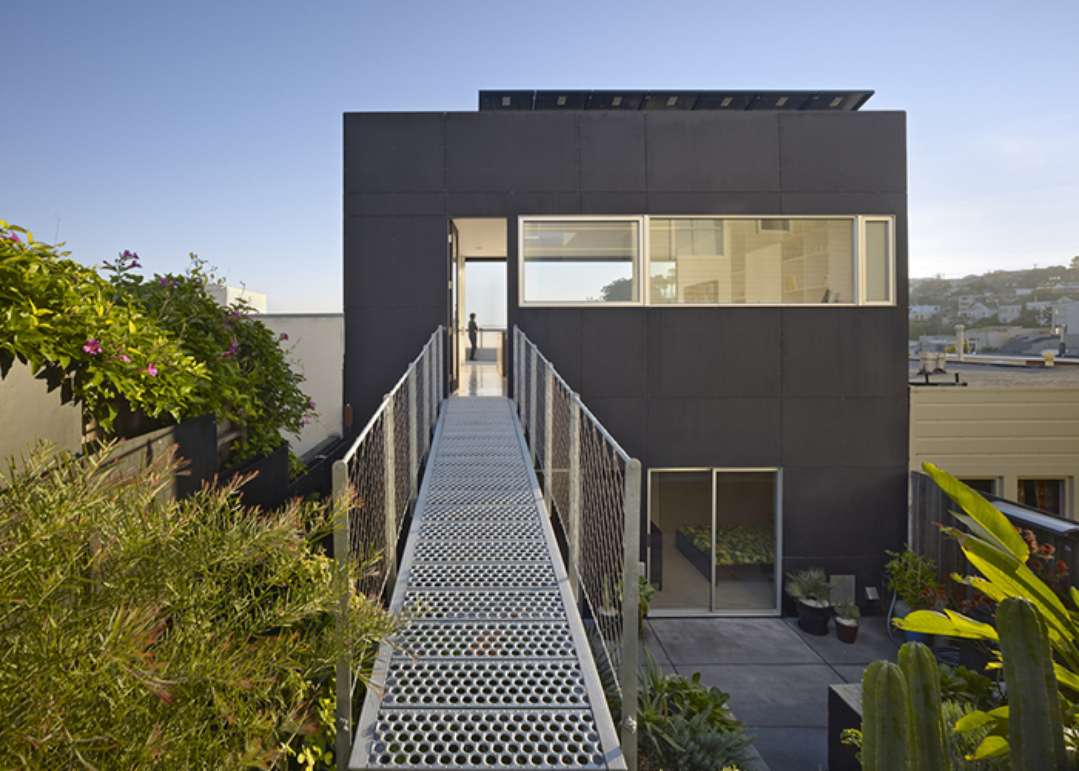 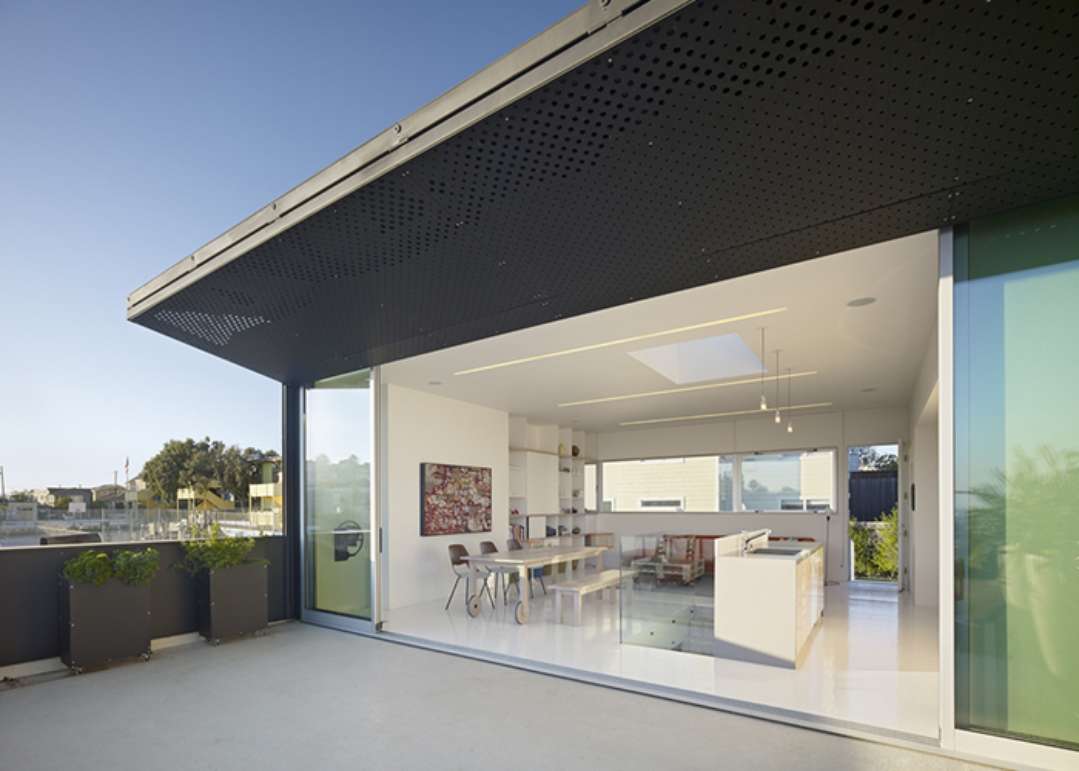 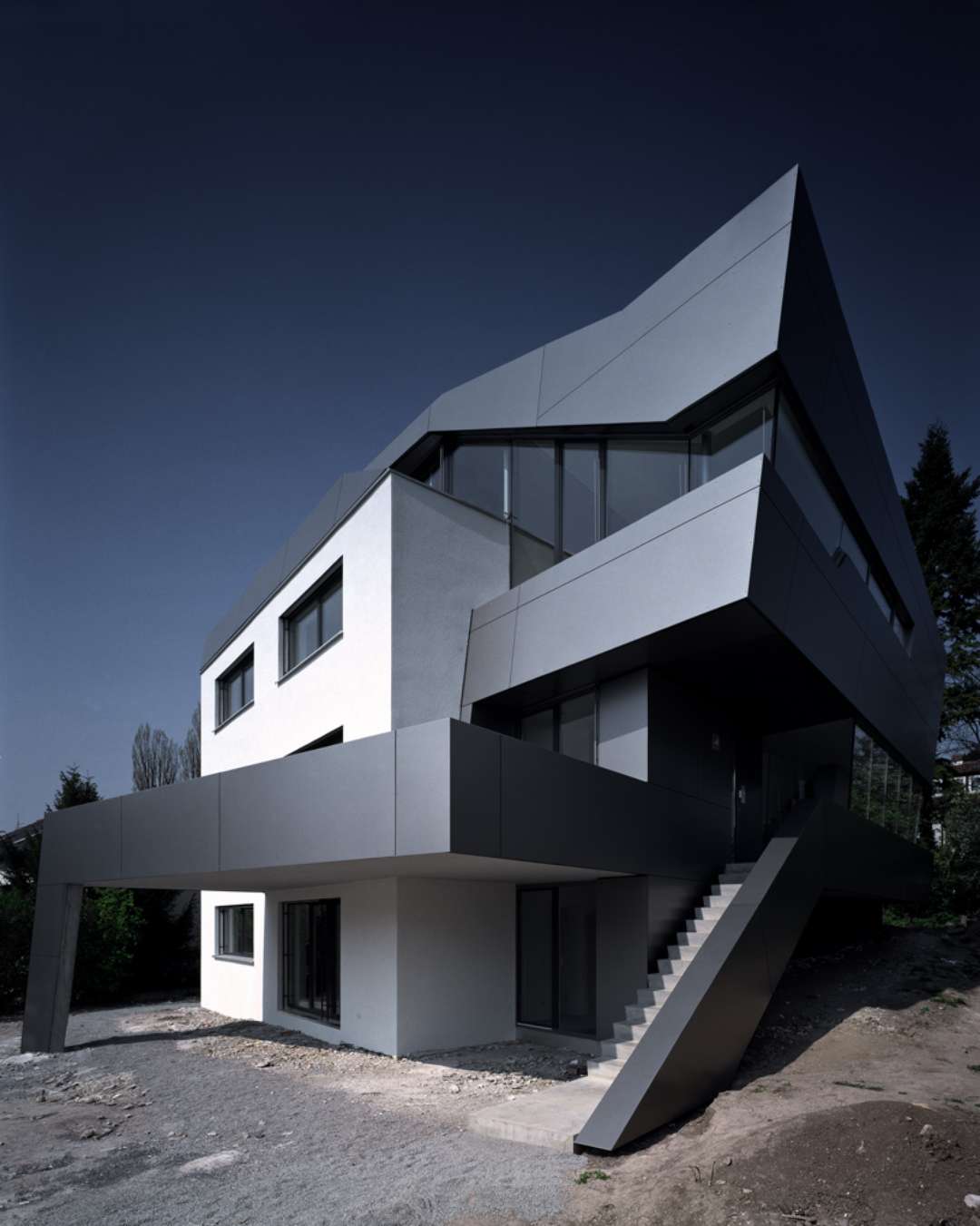 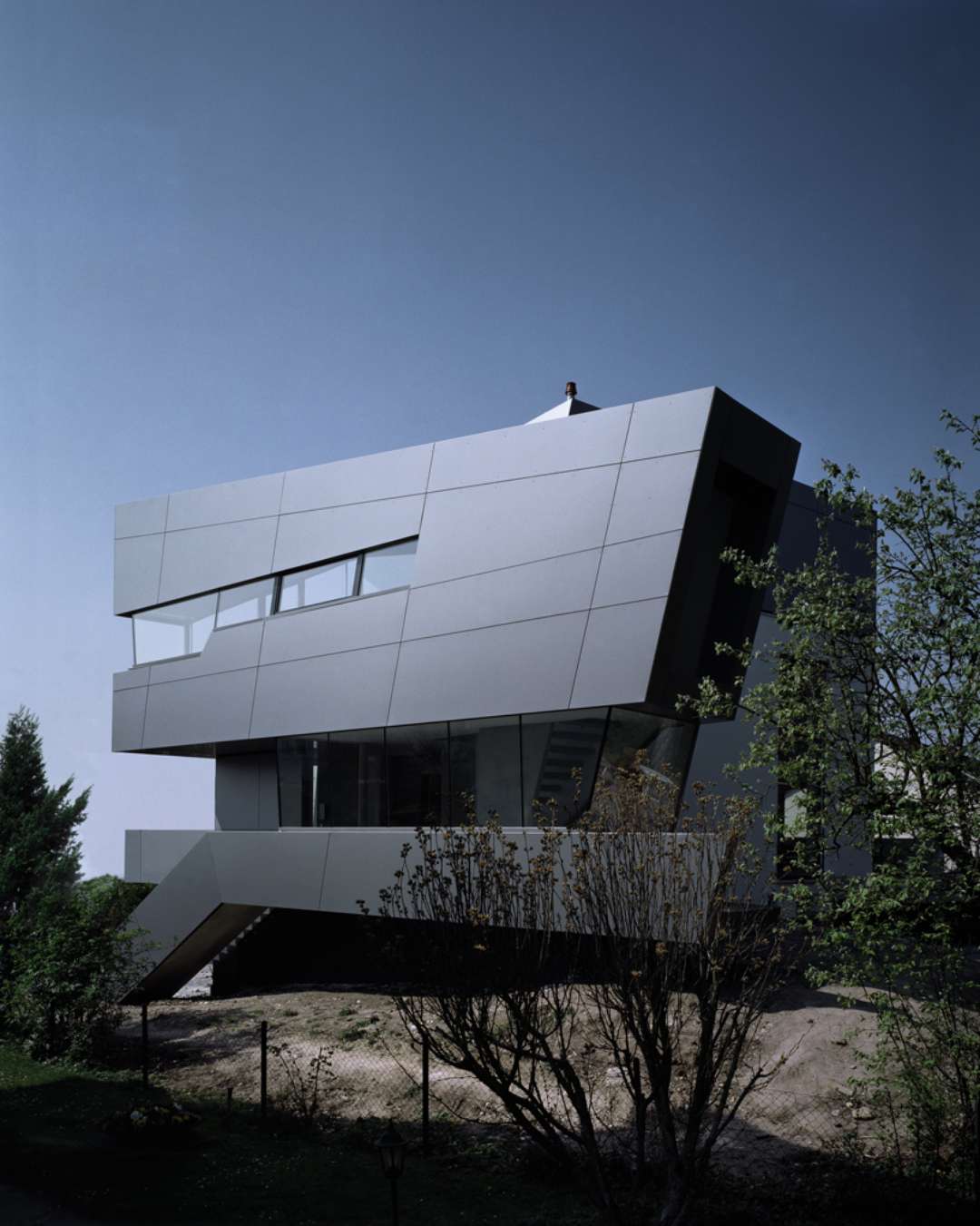 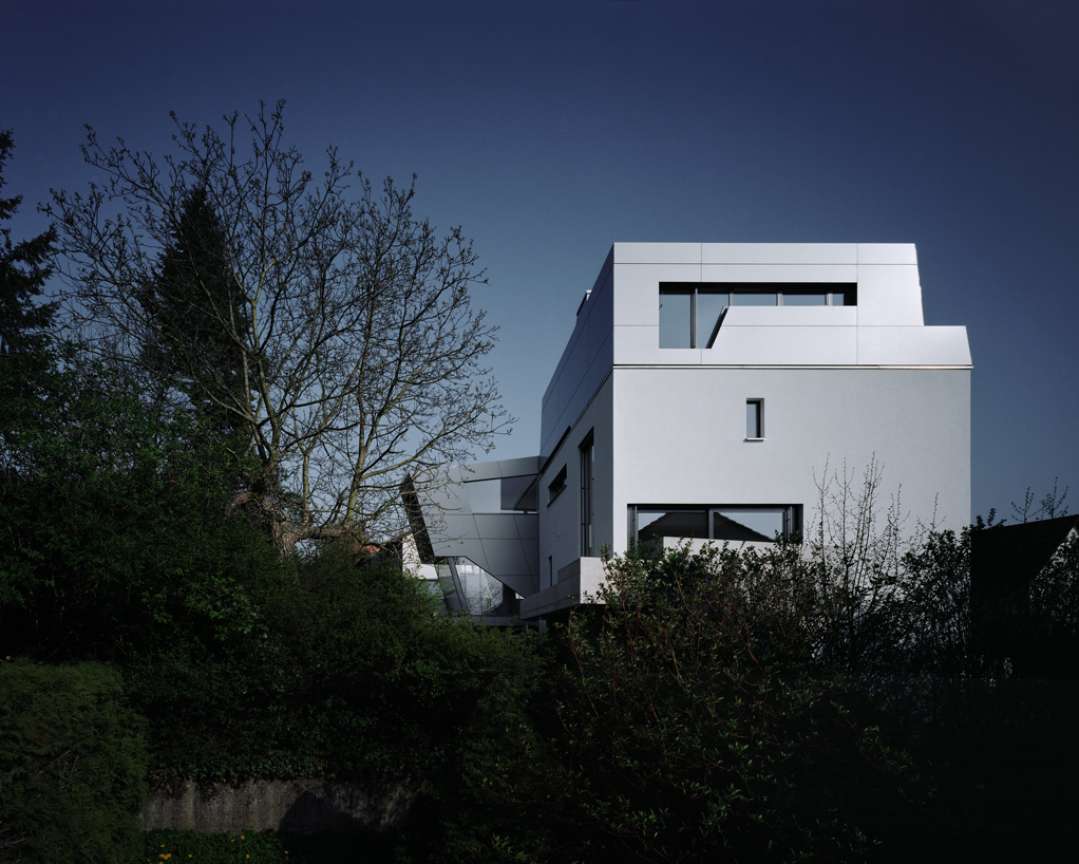 House on the Fichtestrasse by BIEHLER WEITH ASSOCIATED, Heilbronn, Germany

The black and white aluminum panels highlight the building’s sharp edges and monumental size.
via Architizer