Cool Design: 7 Homes That Center Around A Single Tree

Cool Design: 7 Homes That Center Around A Single Tree

A little bit of nature can define an entire house.

Above: Because the Japanese maple in the courtyard of this sunny California home had to be planted before the ipe deck was laid, architect Roger Kurath designed a small removable panel to allow access to the tree’s base. The residents can pull up the bit of decking to tend to the tree and replace it when they’re through. And because the boards line up perfectly, only the gardener need know it’s there. Photo by Jessica Haye and Clark Hsiao 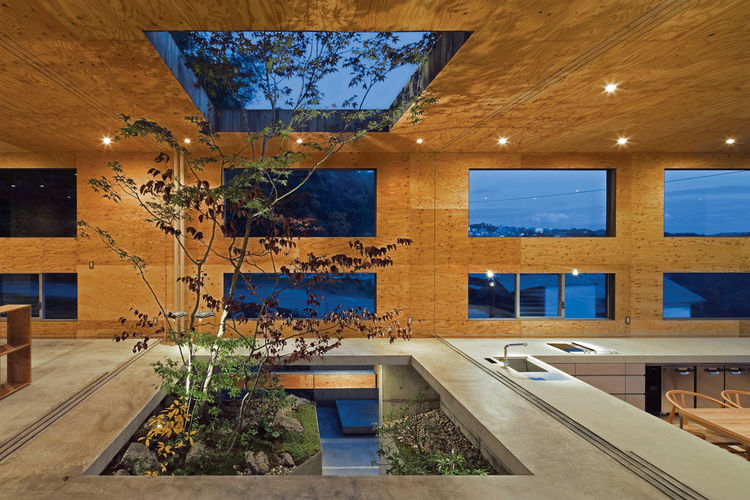 What differentiates a house designed by architects from a woodland nest built by a robin or a rabbit? That basic, elemental question—and a desire to narrow the gap between the two— inspired the 1,300-square-foot home Hiroshima-based architect Keisuke Maeda designed for a teacher, her two teenage daughters, and their cat in the hills of Onomichi, on the southern end of the Japanese island of Honshu. “It’s a nest that’s dug into the ground and covered with fallen leaves, where inside and outside flow into each other. That seemed right for a house near the woods,“ says Maeda. Photo by Hiroshi Ueda 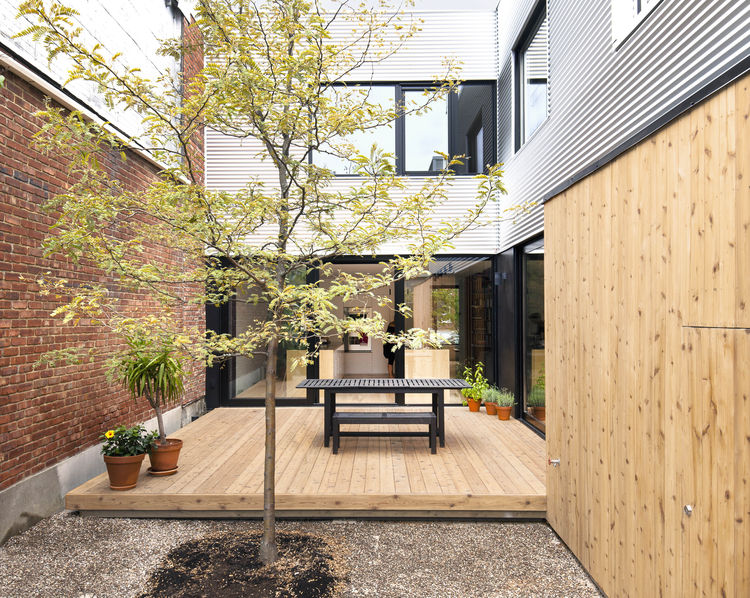 In the Montreal’s Villeray neighborhood, this cramped structure was recast as an open work-play space for a young family. The exterior has been clad in corrugated galvanized steel and cedar planks. On the terrace, this deck (also eastern-cedar) serves as a mid-city oasis. Photo by Maxime Brouillet 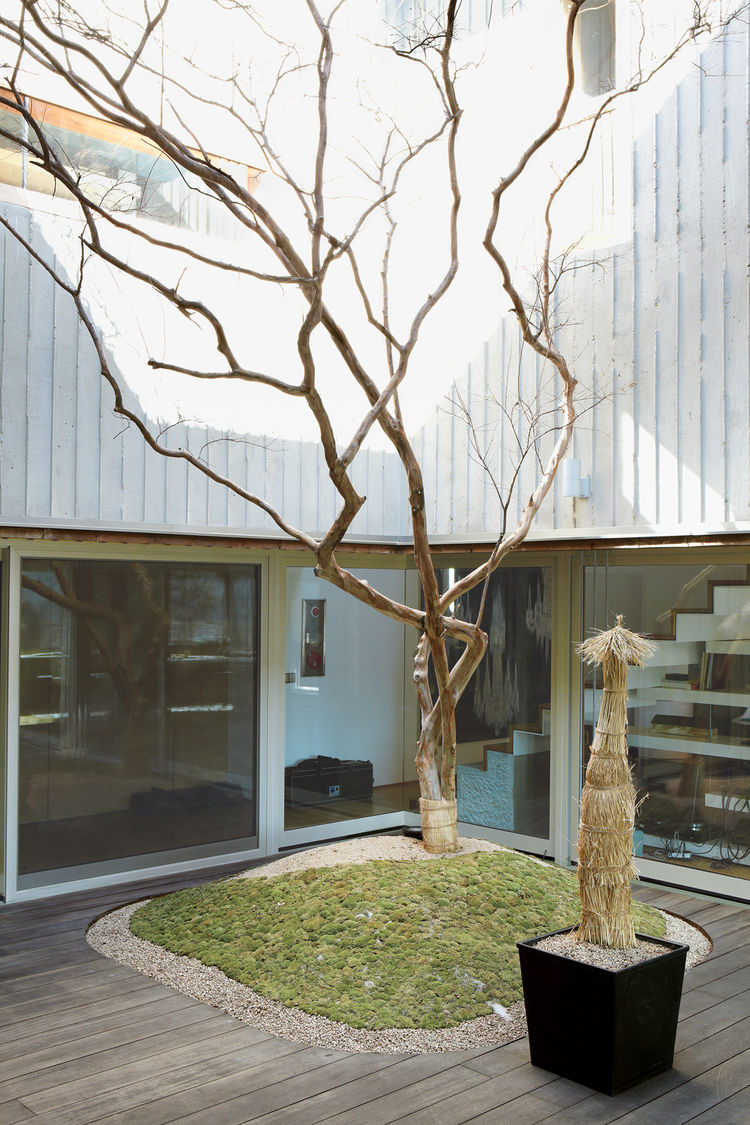 A single crepe myrtle, which sports red blossoms in summer, defines the courtyard at this modern Seoul home. Photo by Jeremy Murch 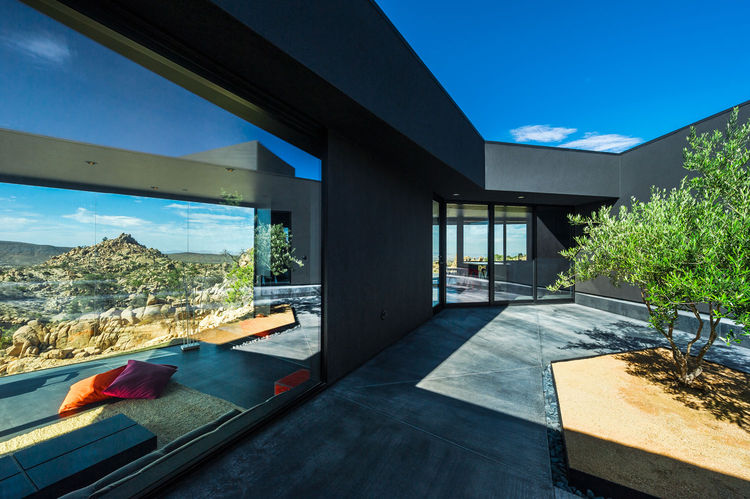 The architects designed the rooms of this California retreat as a linear sequence wrapping around a central courtyard. As one would have traversed the preexisting rock face, residents are constantly negotiating small elevation changes throughout the house. The plan also protects a central courtyard from the harsh Yucca Valley climate. Photo by Marc Angeles 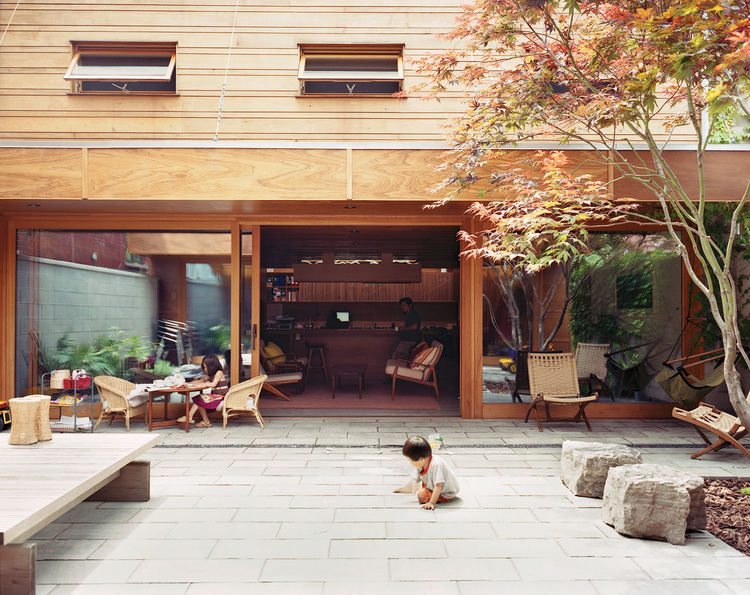 This Toronto house features a striking second-level courtyard that centers on a tree. Photo by Juliana Sohn
via Dwell