Abe Lincoln was born in a frontier cabin, which set him up for a life of austere virtue; Thoreau stole away to a similar abode to discover his true place in the cosmos; and the family of Laura Ingalls Wilder perfected the art of endurance in its little house on the prairie. In more recent times, revolutionary innovators have repaired to obscure garages to chase their dreams and bring forth marvels of personal computing. Bigger may be better in America, but smaller is purer and more inspiring.

According to legend, the cabin and the shack are ideal launchpads for remarkable lives, but lately they’ve become homes to aspire to — particularly for overburdened types whose acquisitive binging has made them want to purge. Beginning in the late 1990s and tracking, approximately, the rise of the Internet, the so-called Tiny House movement has promoted the bracing, old romance of scaled-down living in miniature spaces. Sarah Susanka’s 1998 book, ‘‘The Not So Big House,’’ is widely hailed as the movement’s founding text, but the aesthetic that it celebrated — intimate, sustainable — has spawned a minor industry through programs on HGTV and websites such as tinyliving.com, which have transformed the movement from an architectural phenomenon (a tiny house is generally a dwelling of under 500 square feet) into a broader, philosophical venture that offers homespun remedies for practically all that ails us as a people. Driven mad by status anxiety? Addled by technology? Bankrupted by consumerism? Then shrink your footprint. Go minimalist. Get free. The Tiny House movement is Woodstock-in-a-bottle, a way to get back to the garden.

The story behind the book is worth repeating because it captures the essence of the movement, which mingles a hunger for the primitive with fashionable, Silicon-era savvy. The book began as a popular Tumblr blog, visited by millions, whose creator, Zach Klein, also co-founded the online video sharing service Vimeo. Klein’s interest in a life less large stems from his participation in Beaver Brooka utopian collaborative project located in the forests of New York state and based around a collection of rough-hewn structures conducive to elemental, authentic consciousness. ‘‘I’d spent six years in the city building online communities, and now I wanted to build one offline,’’ he writes in the book’s introduction. ‘‘Specifically, a place for a bunch of friends to be outdoors, somewhere we could be less preoccupied by our professions and more reliant on each other.’’ In these two sentences, Klein hits on all the major tropes — yearning, enterprise and idealism — that make cabins so desirable. 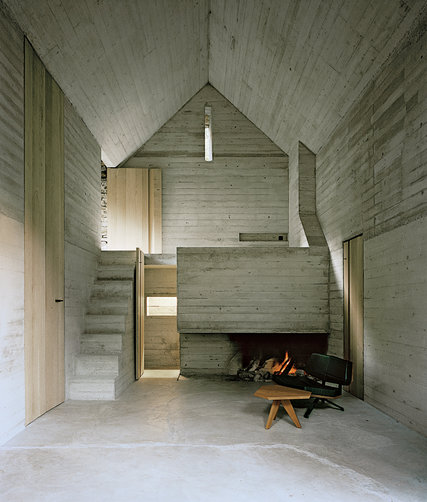 The Hero’s Journey on a shoestring — that is the classic tiny living narrative. After finding a patch of weedy acreage, the protagonists (they usually come in pairs) buckle down for a stint of hard labor in the hot sun. They often use recycled or salvaged materials to fashion their retreat. This not only helps the planet heal, it heals the spirits of the builders, who are happier, better, stronger people when their rescued-from-scrap front door is finally hung. The construction supplies and furnishings are invariably as low in cost as the ideals of the builders are high. And yet, for some the trend has nothing to do with traditional thrift; instead, it answers a hunger for Zen purity and quasi-monastic simplicity. The truth is, without a modicum of success and career-preoccupation, this life would look a bit like poverty — like the rural existence people have struggled for so long to escape. The desire to have not is a desire of the haves. 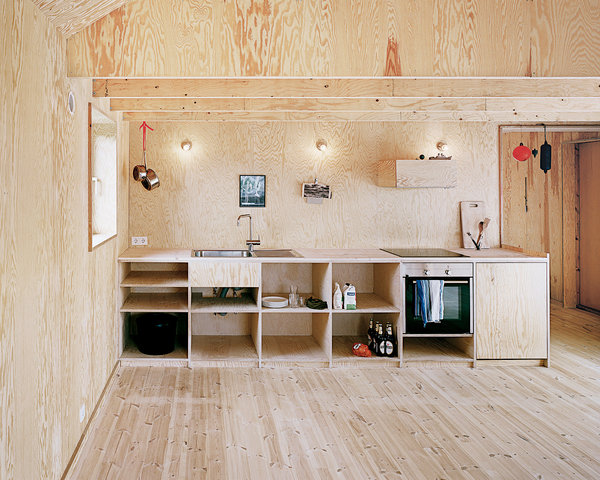 The kitchen of a restored 1950s cottage finished with natural pine, from the book “Rock the Shack.” Credit Rasmus Norlander, Johannes Norlander Architects, from “Rock the Shack,” Gestalten Publishers, 2013

Tiny living (a gentle, left-leaning alternative to hard-edged right-wing survivalism) is a way for people who are already slim to go on dieting. In both its real and imaginary versions, but especially in the latter, it’s invigorating and clarifying. Lack of closet space concentrates the mind, challenging us to reflect on our priorities, or develop some if we don’t have any. In my own life, I’ve noticed in recent years that the pleasures of divestiture — of carting stuff off to the thrift store or the dump — far exceed the pleasures of acquisition. When I see a photo of a clever loft space perched above a compact, TV-free living room with a cool kitchenette in the corner and views of pine trees, I drift off into an alternate existence where smartphones and antacids have no hold over me. Read more > > >
via NYTimes | Lead image: A wooden home made from 60 locally sourced trees, featured in “Hide and Seek,” one of a slew of recent photo books devoted to chic cabins. Credit Adolf Bereuter, Bernardo Bader Architects, from “Hide and Seek,” Gestalten Publishers, 2014