Some people really don’t like to commute. Recent technologies may have altered previous conditions requiring work to be done in centralized locations, allowing more flexibility for people to decide where they live, but there’s a fine line between choosing to live near one’s work and choosing to live above, below or within it. That’s the case for the homes in this collection: they all feature commercial work spaces for their occupants as part of their design.

Inherent in these residences is a discernible boundary (or lack thereof) between their owner’s personal and professional lives. This divide can be clear and concise or more blurred, as is the case in workplaces that seem to bleed into living spaces, and vice versa. For architects who design such buildings, whether for themselves or a separate client, it’s a chance to design someone’s home and work as a cohesive whole. The act of combining the two represents bringing someone’s entire existence under one roof, and in doing so, invites the two primary aspects of their life into close proximity with each other — an act that demands careful, attentive design. 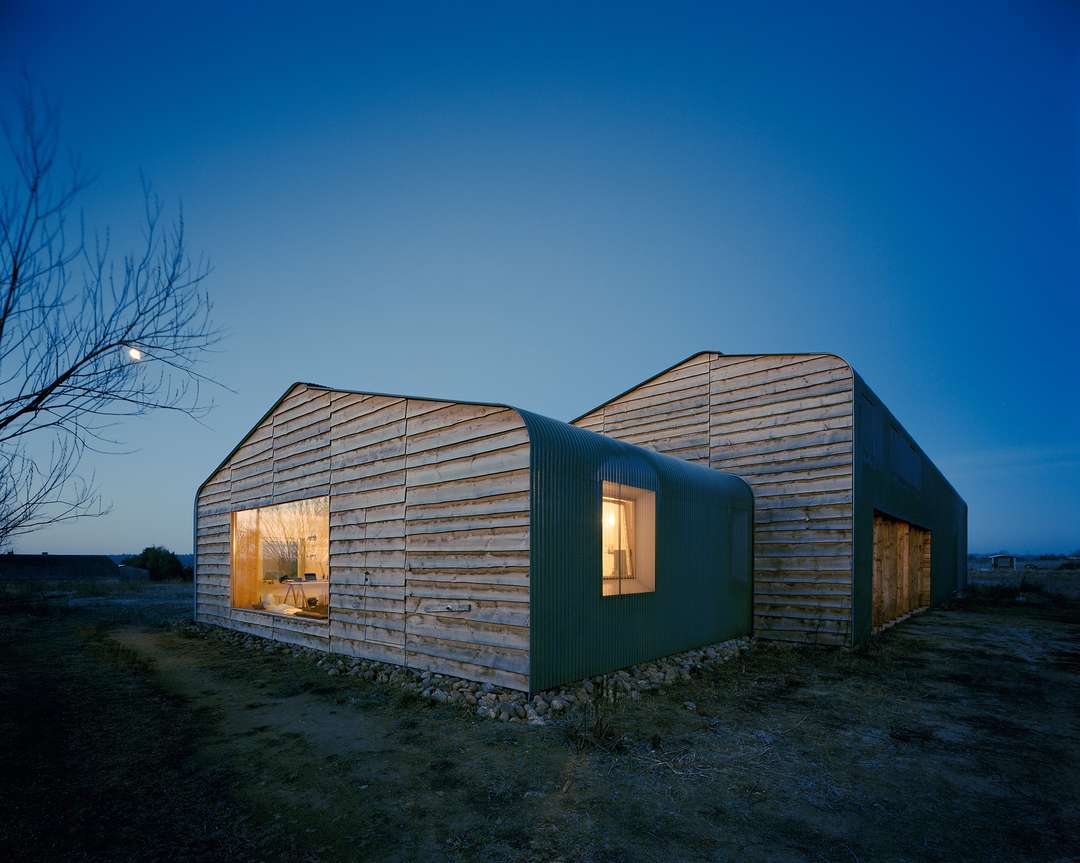 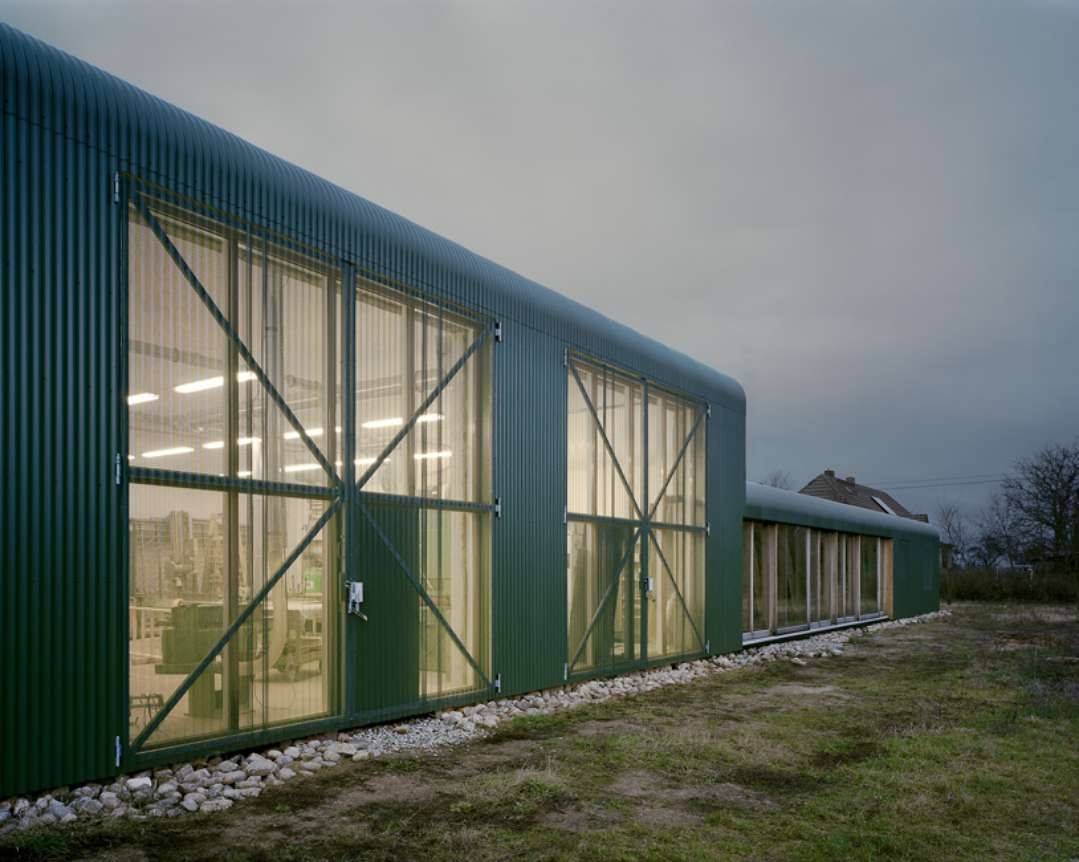 A designer’s showroom mediates the space between their residence and workshop in this three-part structure. As an addition to an existing barn, a rustic aesthetic has been echoed throughout, unifying discrete program areas and concealing the fact that the showroom and living quarters are anachronistic to the original workshop. 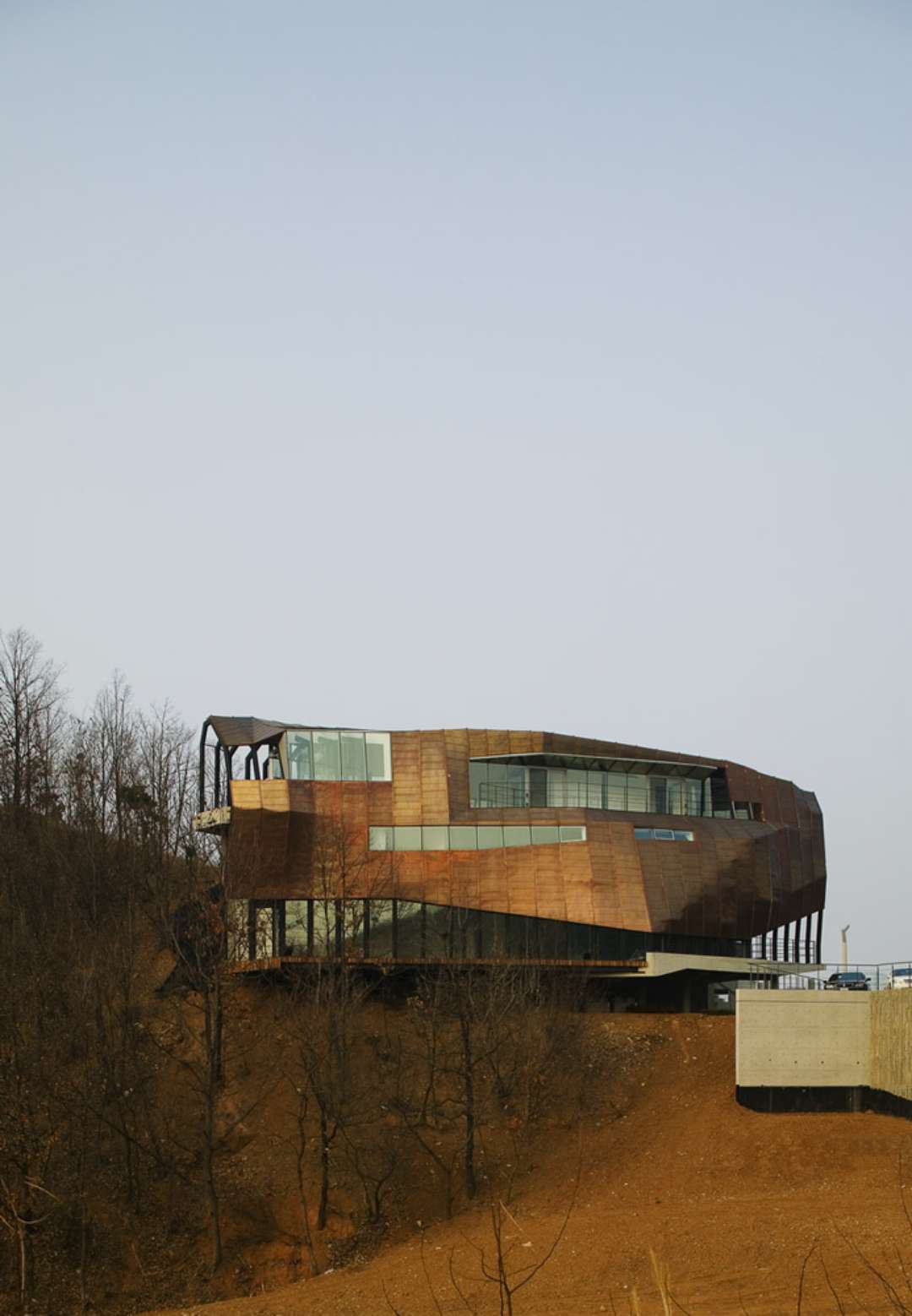 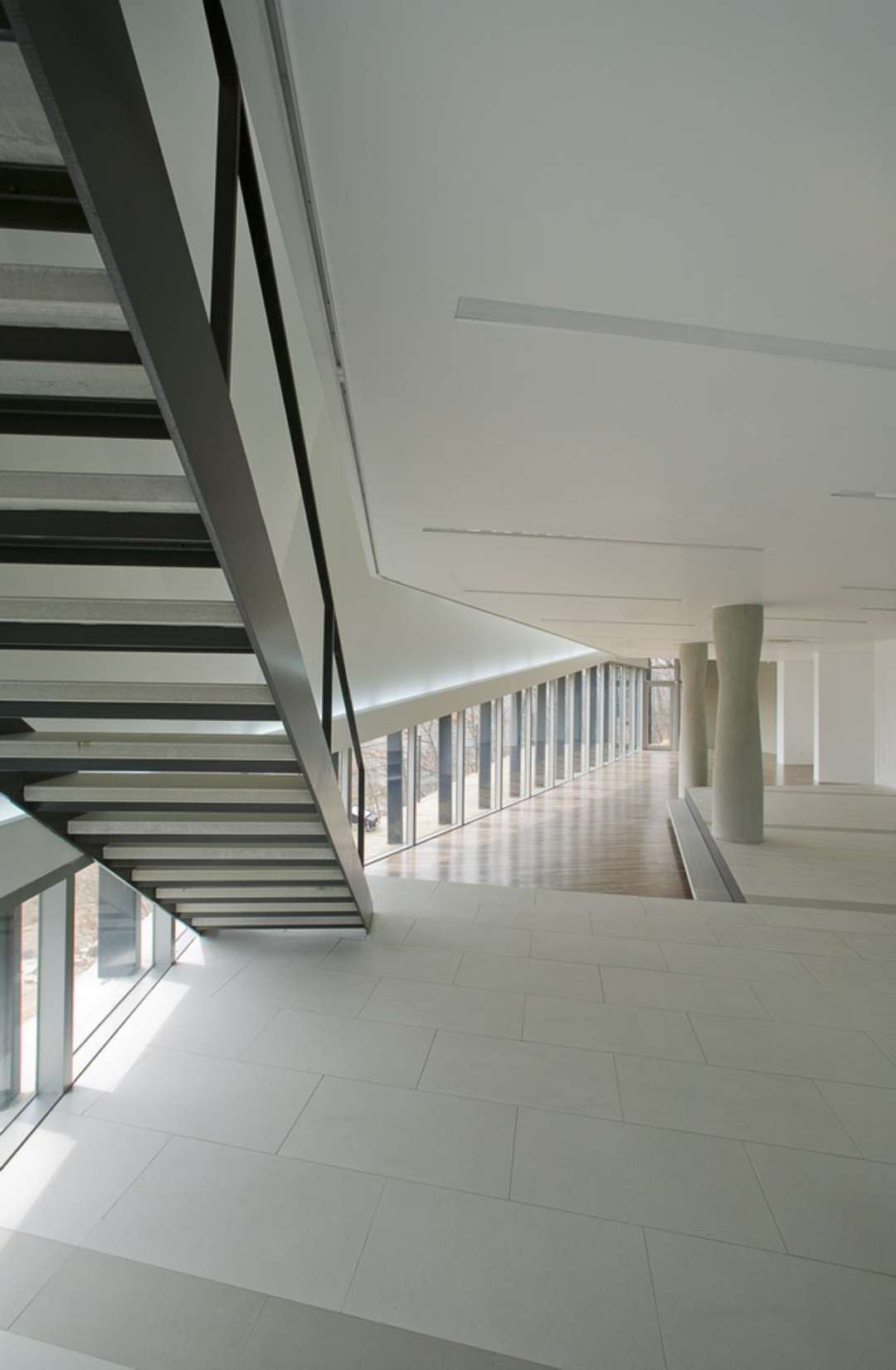 An artist’s personal gallery and home are housed in this small complex, which takes formal cues from the contours of the landscape it sits on. Long, narrow gallery spaces on the lower levels provide ample space to display the artist’s work, which is primarily wooden sculpture work. Copper panels on the outside vary between perforated and solid, making reference to the materiality of the work being displayed. 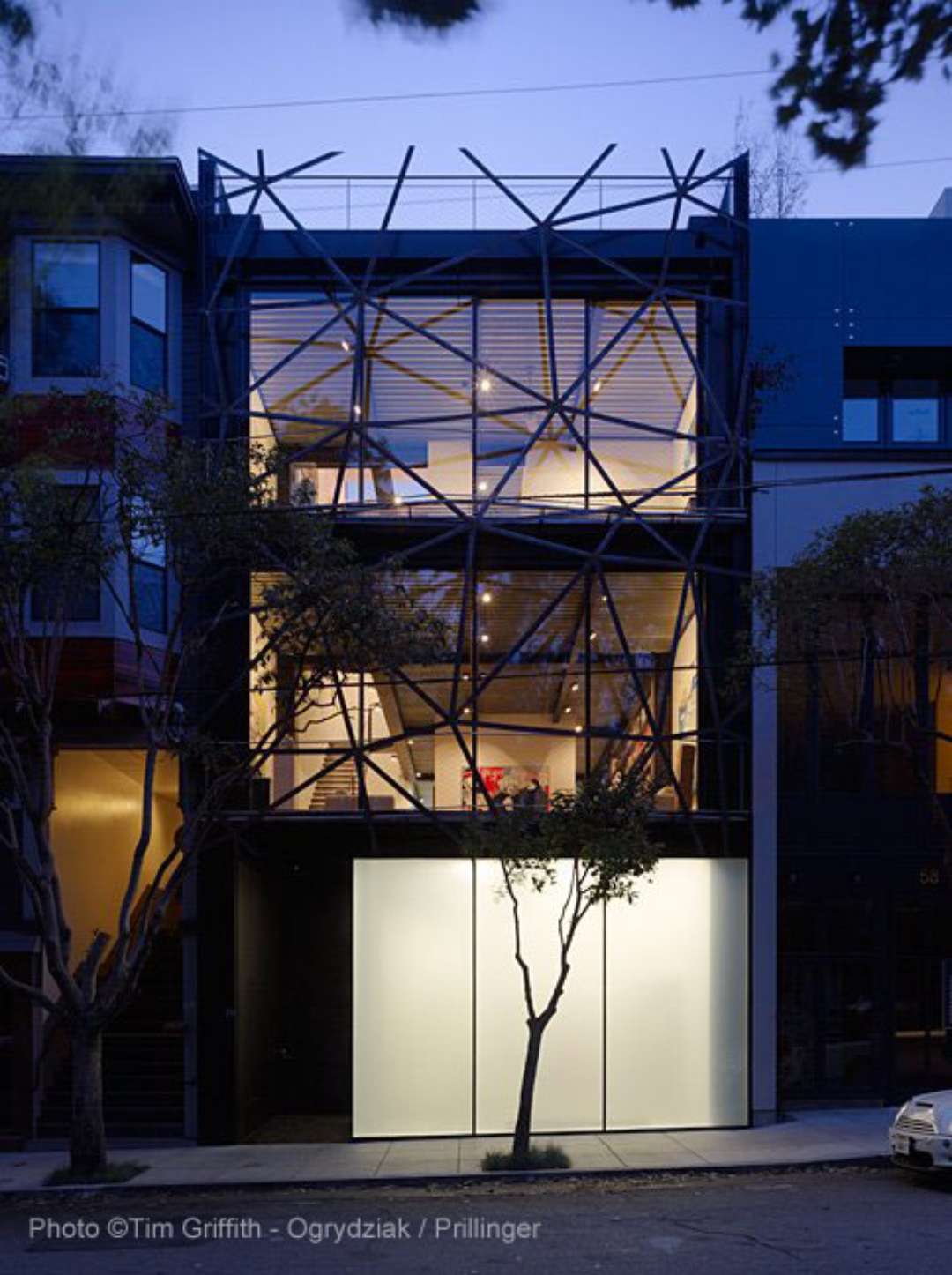 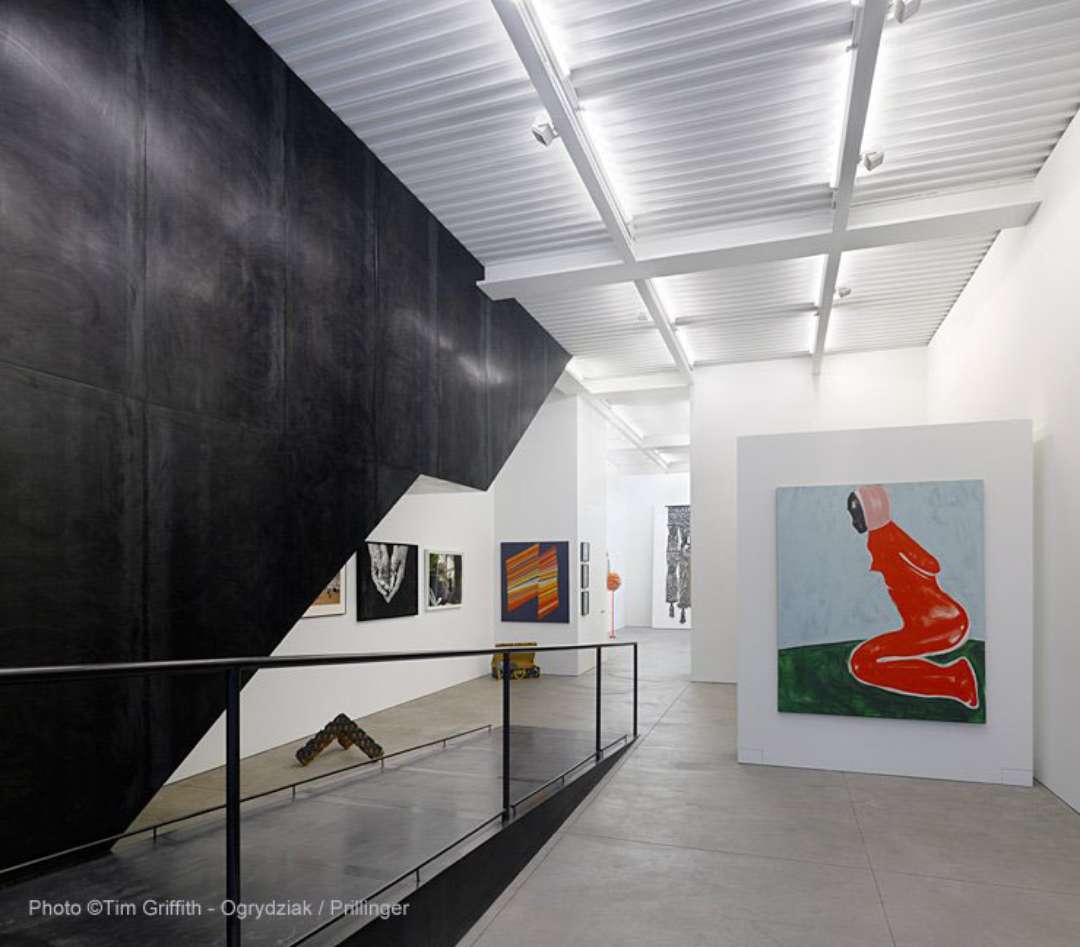 Two art collectors occupy this house with a commercial gallery on the ground floor. Using the gallery as a space to display works from their own collection as well as their friends, it is opened to the public at will, and can be used as a venue for lectures and other cultural events. A viewing circuit through the gallery can even be extended to pass through the home itself, leading to a sculpture garden on the top floor. 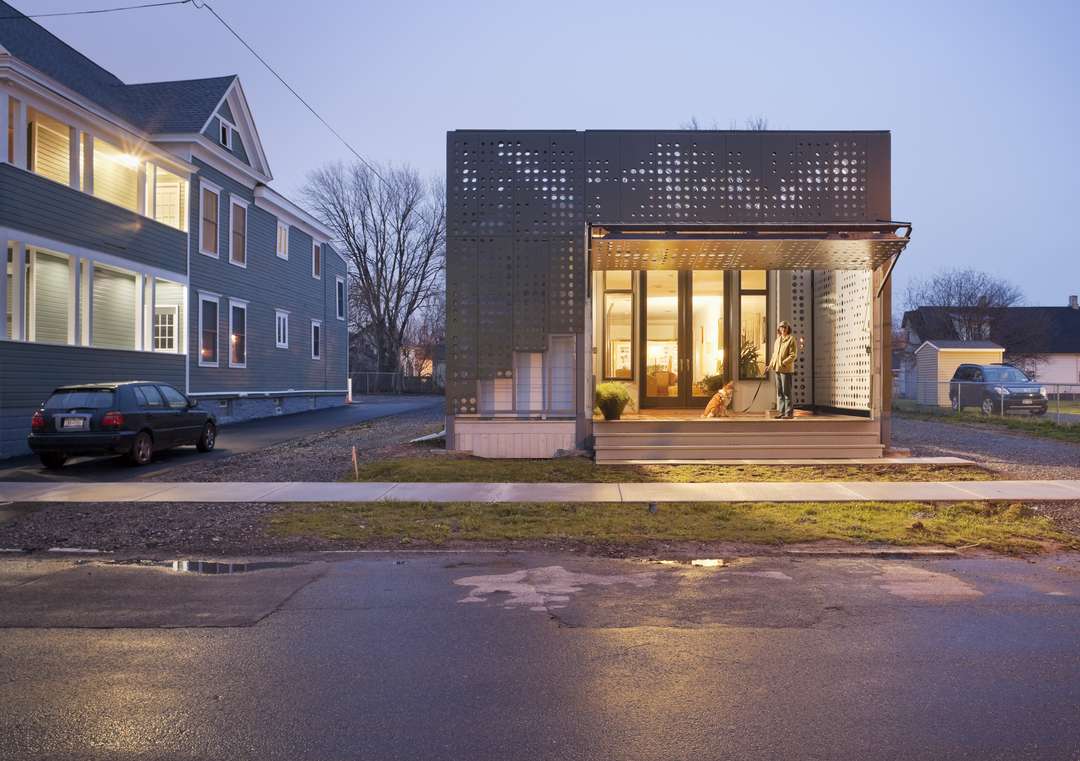 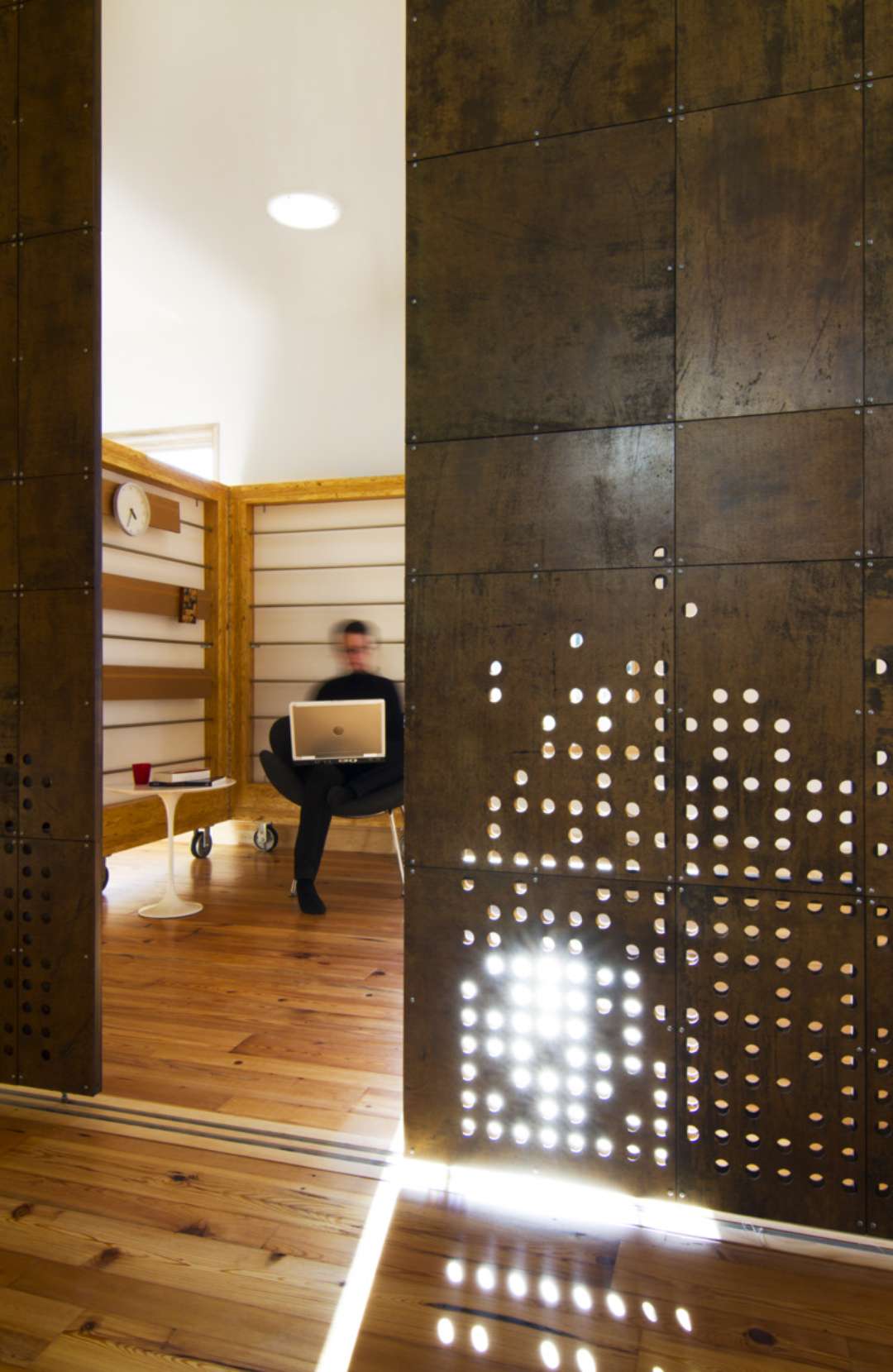 This experimental house seeks to benefit not only its occupants but also its neighborhood by adding a variety of building types and thus increasing the long-term value of the area. On the inside, an open-form plan can be divided at will between living and working spaces using a flexible partition system. An outdoor space that can double as a workshop opens directly onto the street. 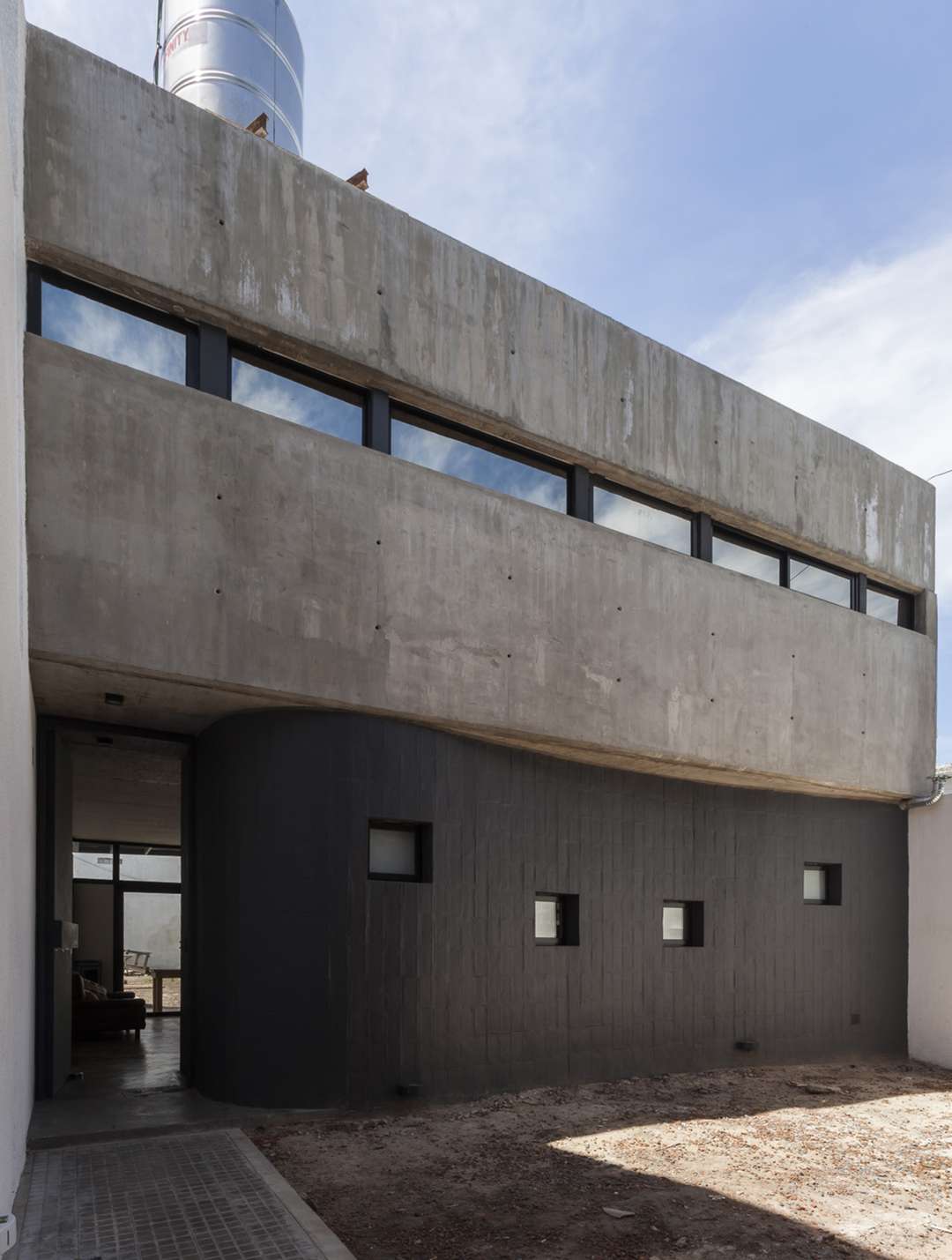 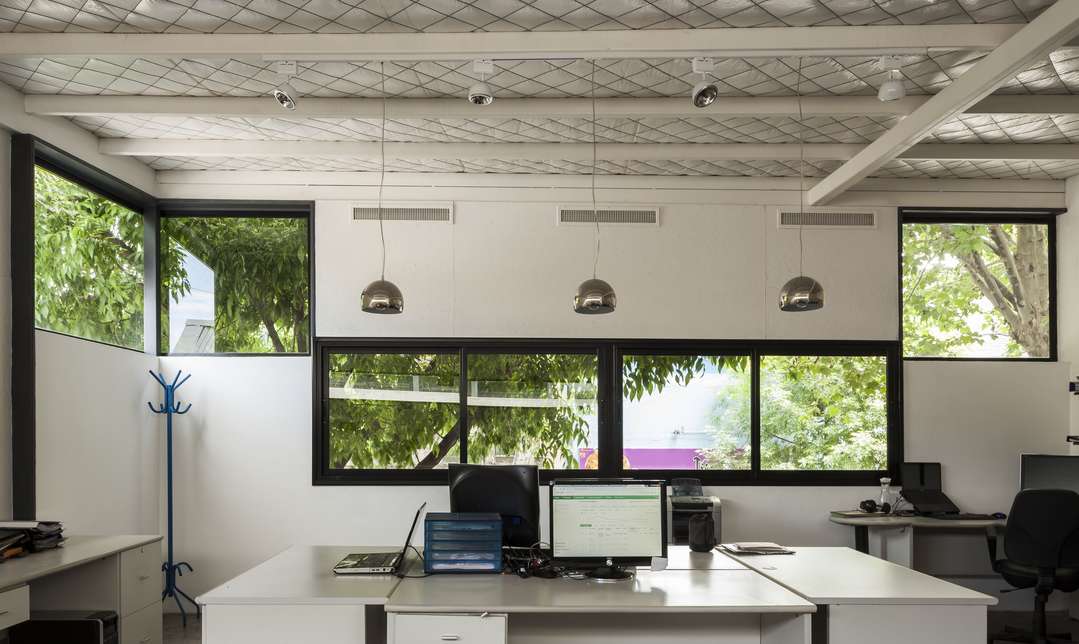 The design for this house separates living and working spaces not only by housing them in different buildings, but also with a clear change in form and interior volume. The office building on the front of the lot is closed and tight, and presents a clean, crisp façade to the street, while the house in the rear is more open and playful, featuring an unusual cantilever and expansive glazing. The otherwise separate structures are united with an identical materials palette. 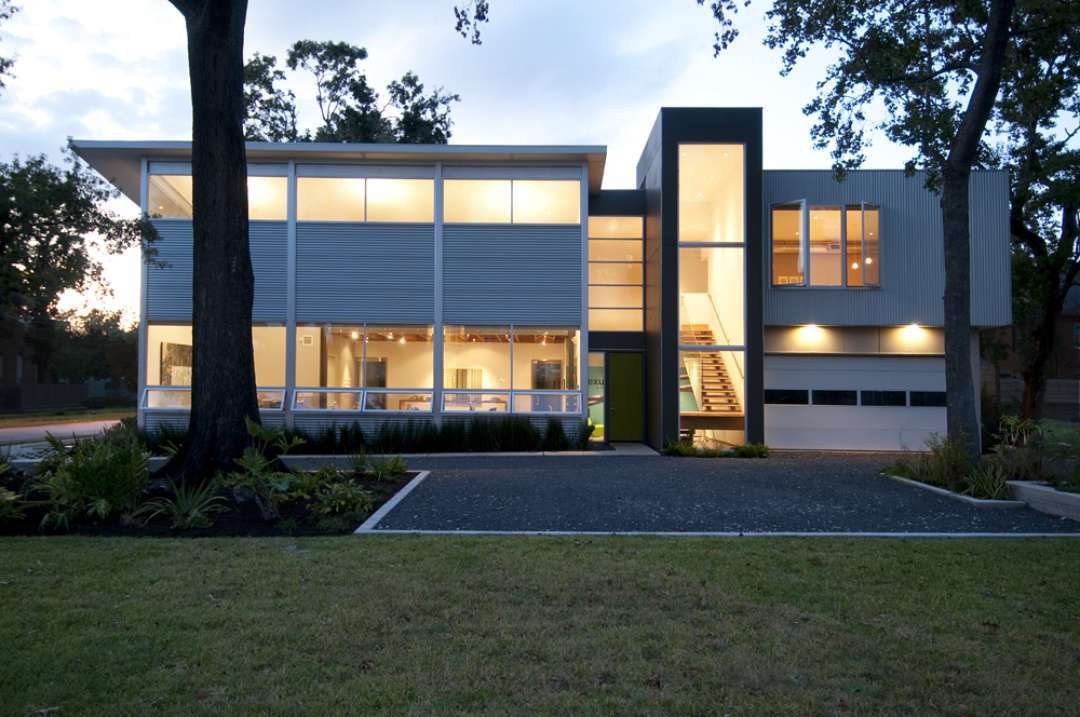 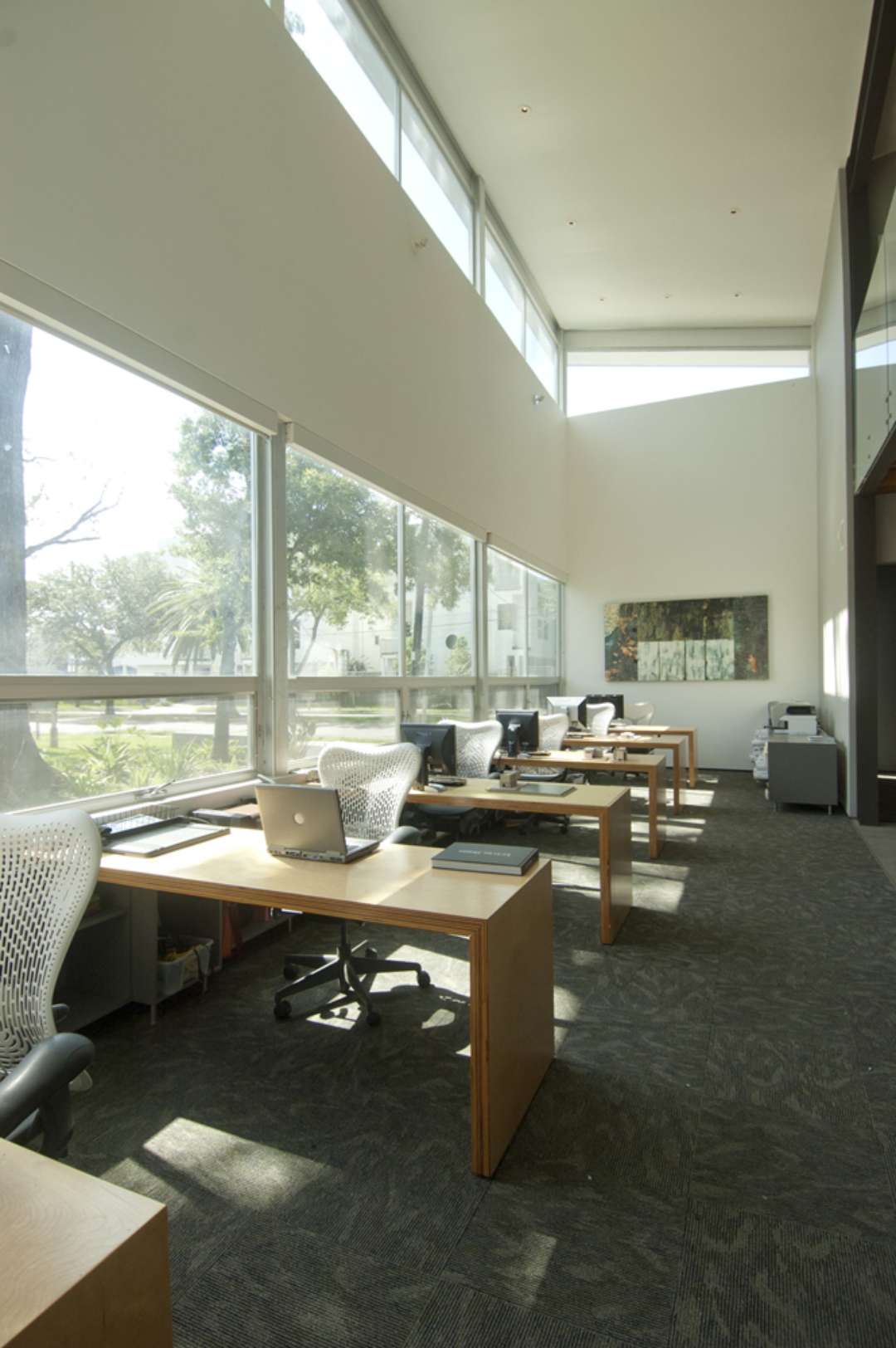 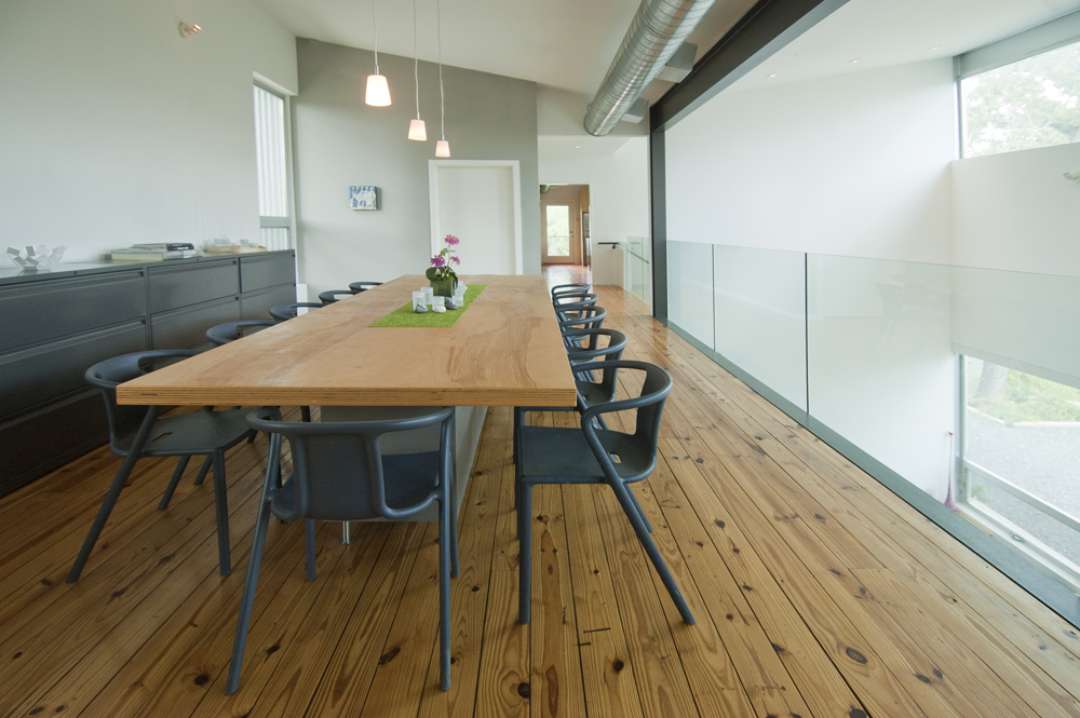 Boundaries between work and life have been fully overlapped in this house, as spaces convert between such uses as architectural material library and dining room depending on the time of day. Further flexibility is seen in the use of a reception area as a local gallery, and even a garden in the backyard doubles between a child’s play space and a productive vegetable garden. 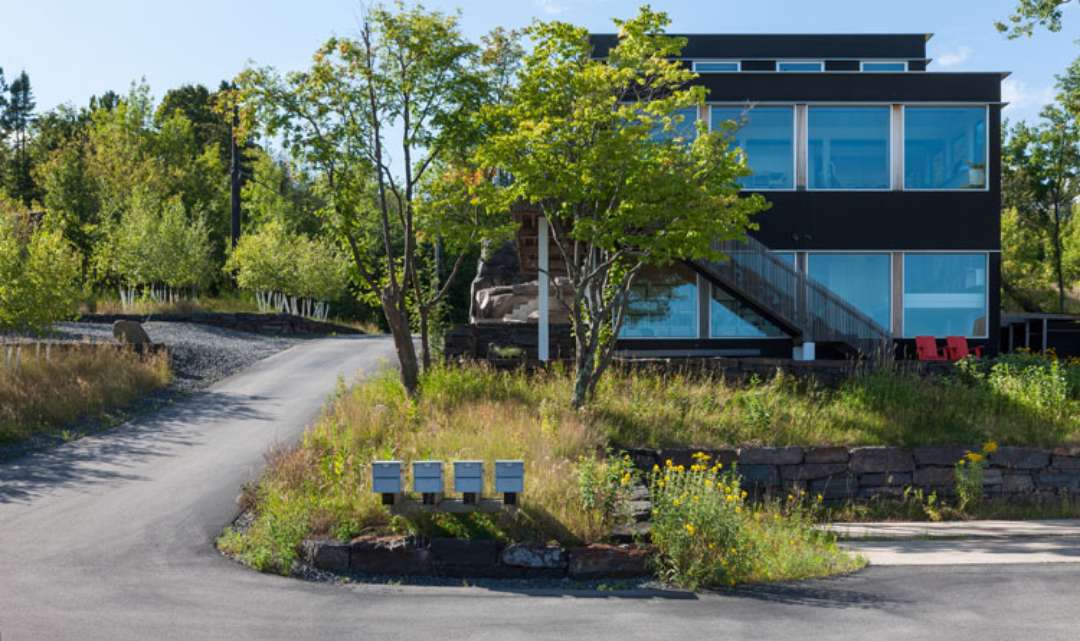 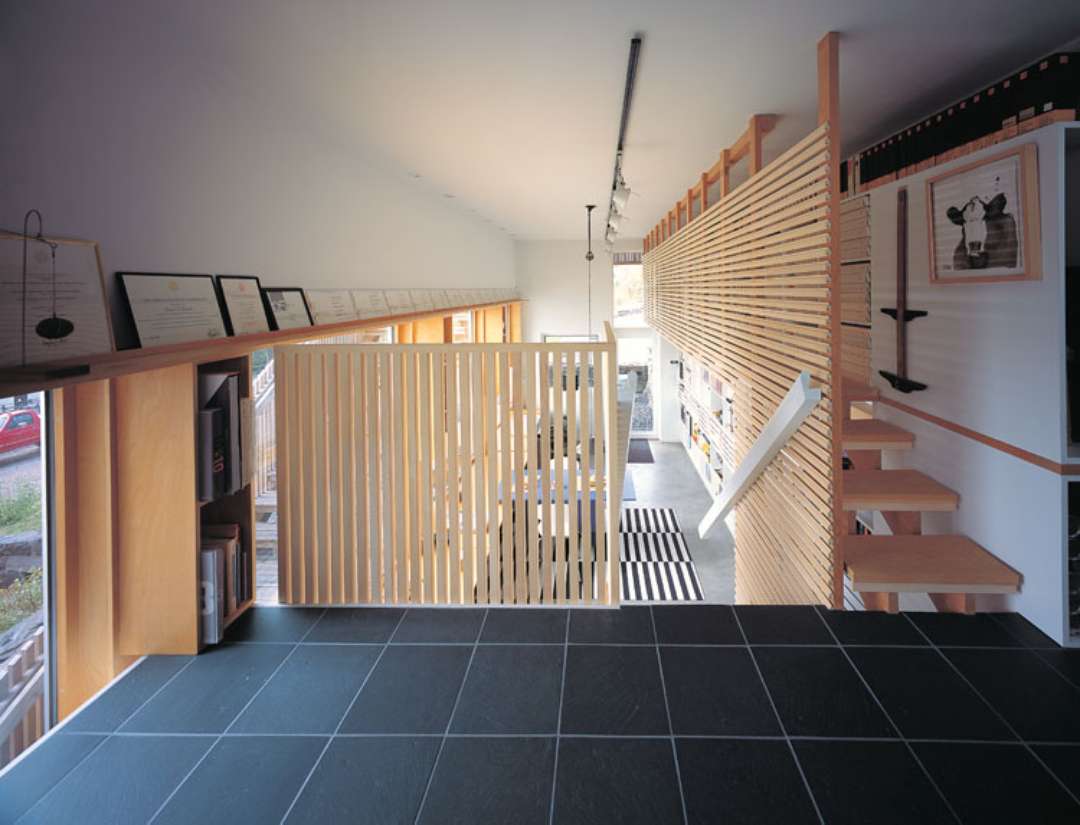 An architect’s home and office were apportioned here with a garage entrance serving as the division point. Separating the entrances to home and office as much as possible from the exterior approach, the interiors of each seem to be far apart, even while tightly hugging a simple, cubic core structure. A series of long, low staircases between half-levels serve to connect the home’s various functions.
via Architizer