Whether renovated or restored, these five abodes from the peak of the midcentury modern movement are nifty as ever.

Above: Seeking an escape from bustling city life, a Manhattan couple embarked on a renovation of a 1954 property in the verdant Hudson Valley. The living area, while true to its midcentury modern roots, felt dated, with its brick wall, stone fireplace, dark wood floors, and smallish windows. “It had an old motel feel,” says Jeff Jordan, the couple’s architect. Photo by Jon Snyder 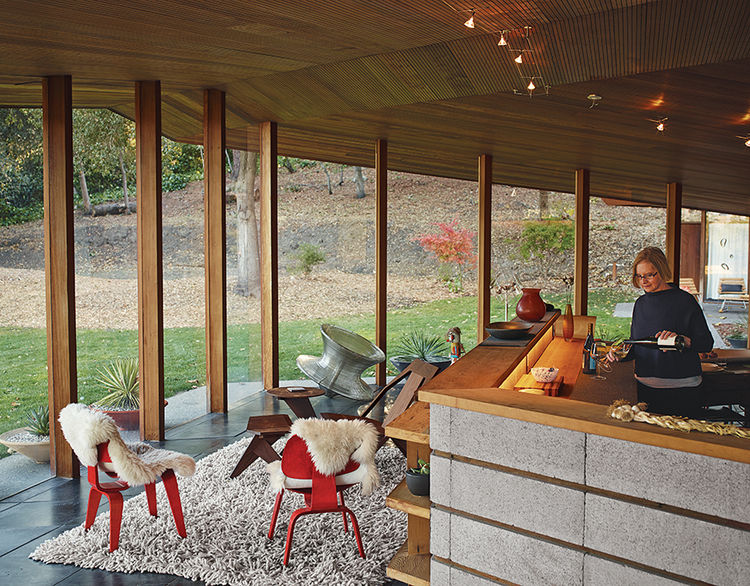 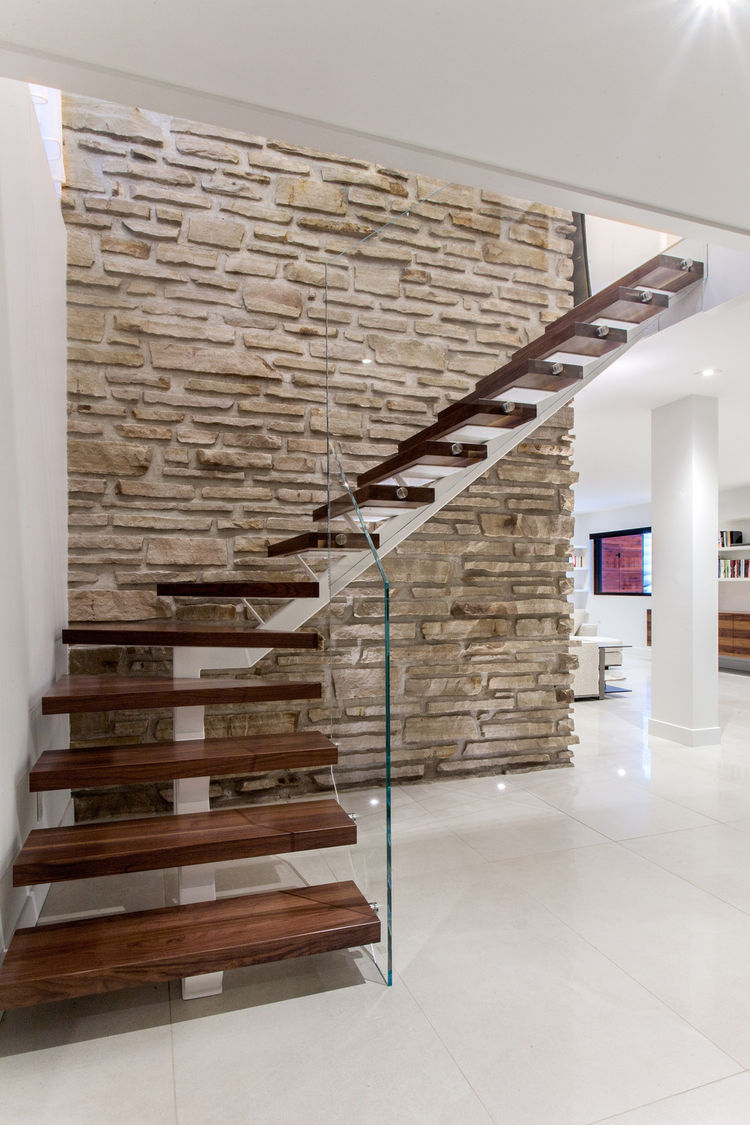 In Laval, Quebec, located north of Montreal, the interior design firm Clairoux and the architecture firm Open Form collaborated on this update of a 2,850-square-foot family home from the late 1950s. A new staircase turns a corner at the large stone chimney, an element of the original house that the designers were careful to preserve. Photo by JB Valiquette 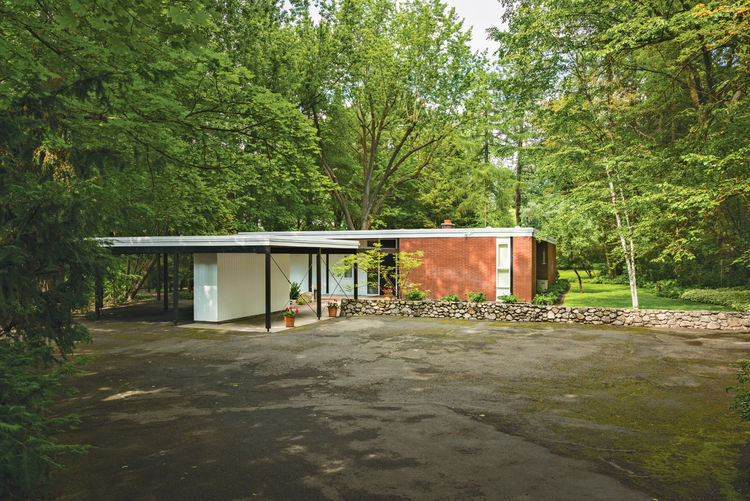 Seeking a house that would exemplify their design-oriented lifestyle (together they ran a modern housewares and furniture store), Joel E. Ferris II and his wife, Mary Jean, hired Bruce M. Walker in 1955. In 2013, the house Walker built joined the Spokane Register of Historic Places. 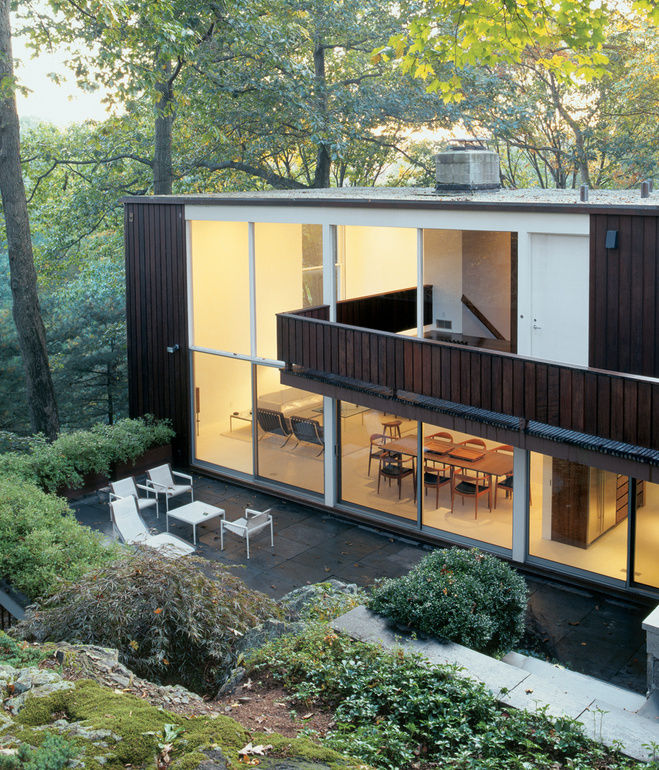 The first thing designers Craig Bassam and Scott Fellows did after purchasing a 1955 four-bedroom house by Willis N. Mills was strip it. “We didn’t realize the exterior was straight-grain redwood,” says Bassam. “It was covered in layers of gray paint.” Bassam replaced the terrace’s concrete pavers with bluestone and removed a concrete-block wall.
via Dwell