Above: This cutting-edge home stands out from its more traditional neighbors outside Barcelona. The house’s windowless concrete walls act as beams, enabling the 50-foot-wide structure to literally hang in the balance | Photo by Gunnar Knechtel 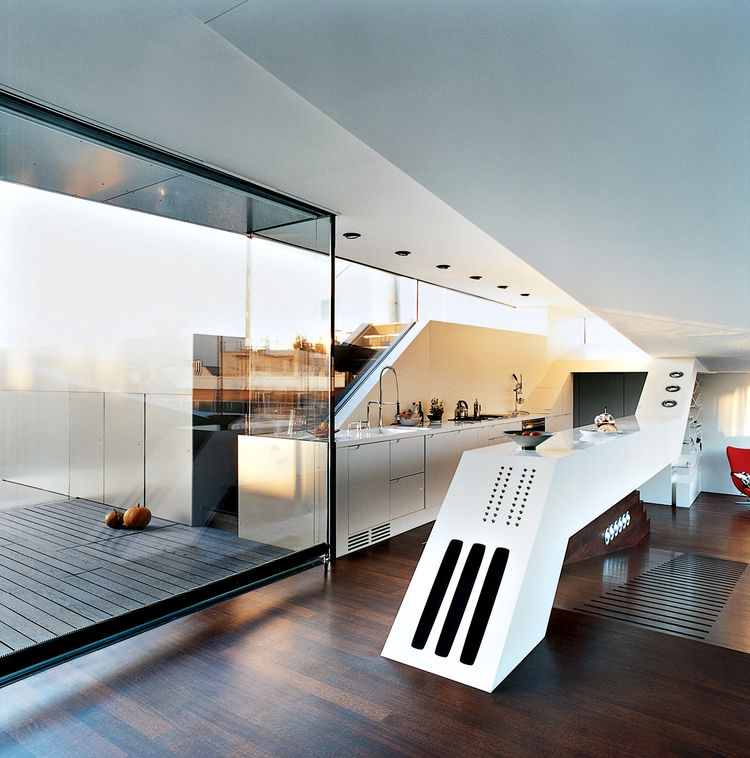 In a modern Vienna penthouse, the kitchen stands at the center of the apartment on a raised platform. A long, white slanted counter contains hi-fi speakers and a BUS-system panel of 18 buttons for controlling lights, curtains, heating, ventilation, and more | Photo by Hertha Hurnaus 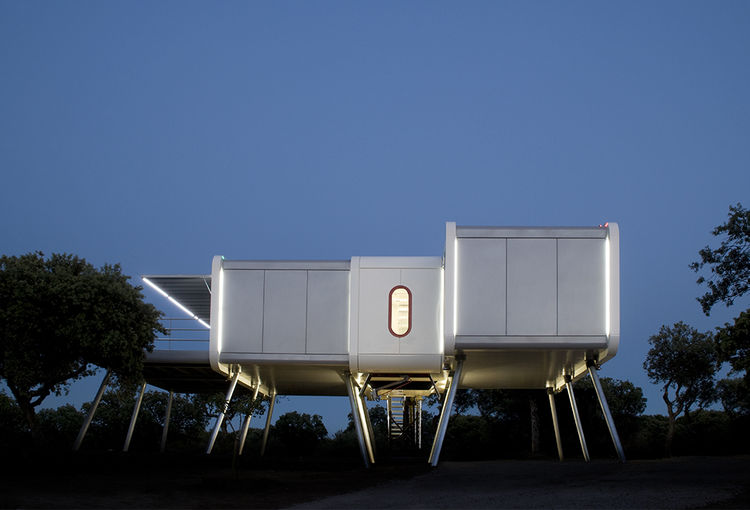 NOEM, a Barcelona-based architecture firm, created a metal-clad prefab house for a young client just outside Madrid. It’s raised 12 feet off the ground to offer better views of the landscape, lending it “the futuristic feeling that it just landed,” says Pol Guiu, one of NOEM’s cofounders | Photo by Meritxell Arjalaguer 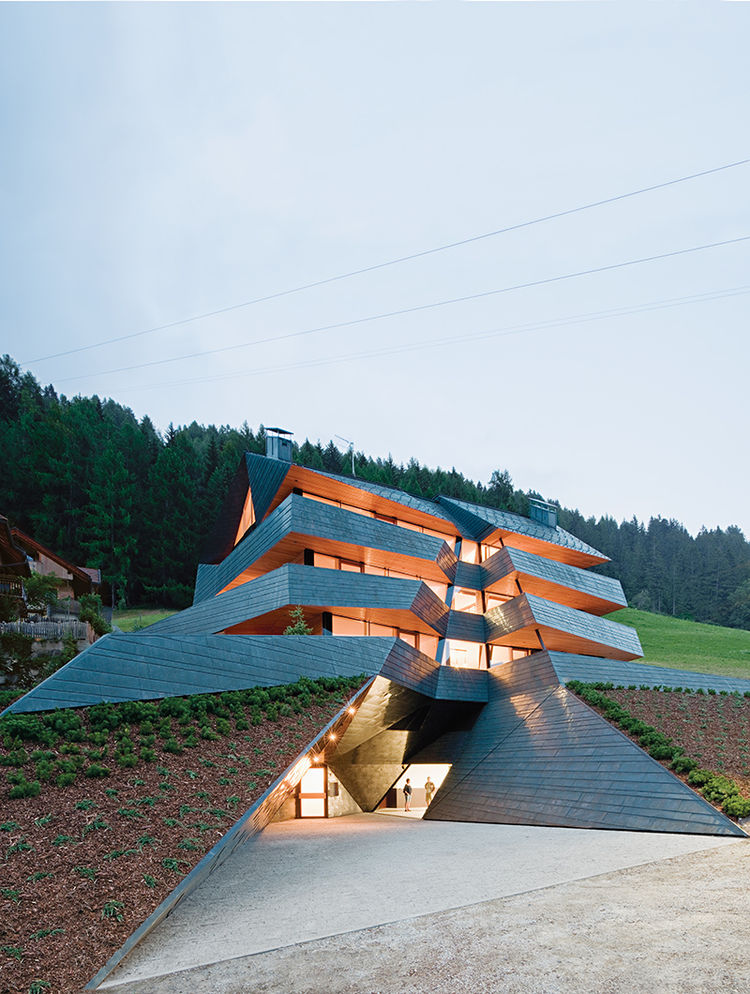 In Italy’s Dolomite mountains, an angular copper-clad apartment building echoes the topography of its site. In profile, the domicile has the prototypical gable, but from all other angles it takes on the look of abstracted folding planes that express the steep site, says architect Ulla Hell of Plasma Studio | Photo by Hertha Hurnaus 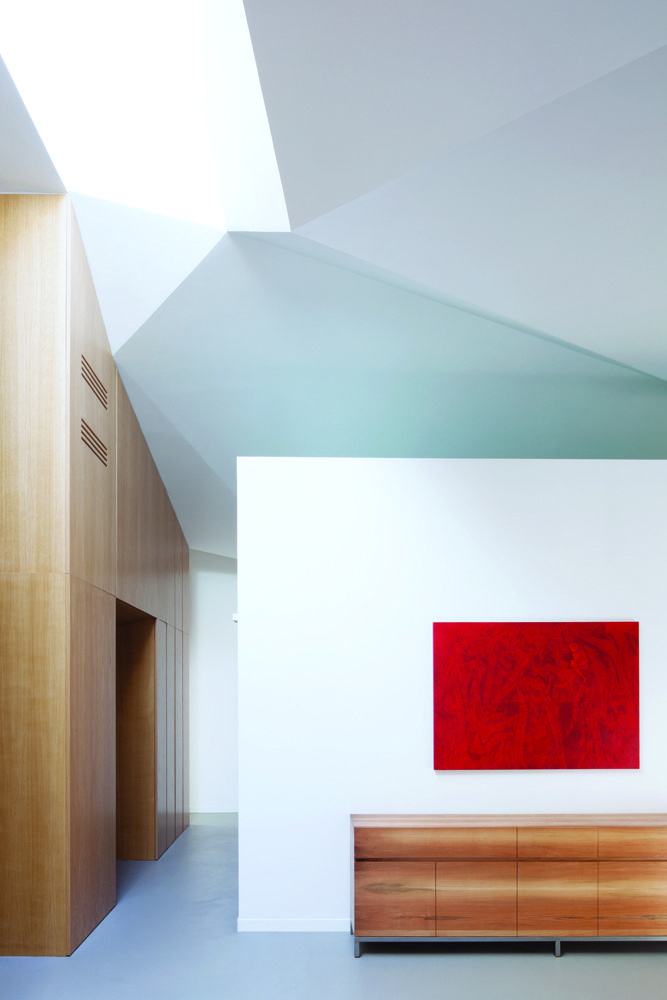 For the renovation of a top-floor apartment on Via Mecenate in Rome, the architects at SCAPE took a transformative approach, stripping the space of its Art Deco details and inserting custom millwork and a minimalist wood stairwell volume. The most striking addition is a faceted enamel cathedral ceiling designed using building information modeling (BIM) technology | Photo by Francesco Mattuzzi
via Dwell